Japan's Solution to Overwork Is to Cancel Monday Mornings 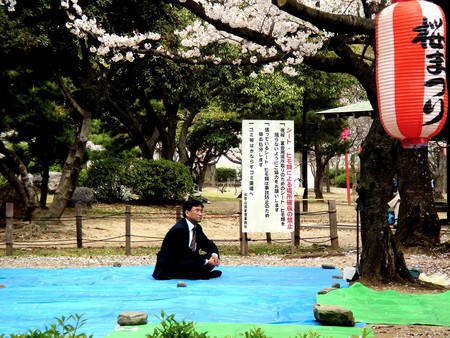 Imagine a nation where the national government had to practically force workers to take a day off. A world where monolithic office buildings filled with salarymen and women in matching black monochromatic suits had to basically shut down the power in their buildings to shoo their employees from their desks long after the sun had set and the rest of the world had all but gone to bed. It sounds like the beginning of a dystopian novel, or like the 2018 equivalent of Fritz Lang’s 1927 dark sci-fi masterpiece Metropolis, but in reality it’s a pretty apt description of work life for a shockingly large percentage of office workers here in Japan.

In order to help readjust the utilitarian expectations of the nation’s work-life balance, the government has just announced a brand new concept titled ‘Shining Mondays’, a government campaign that gives workers an extra-long sleep in at the start of the week by encouraging companies to allow employees to roll in to the office around lunch time.

There’s been endless material written, ideas theorised and stories reported on the nation’s rather toxic overworking culture. In fact, the acceptance of overwork here in Japan is so mainstream, there is even a word for death from overwork: karoshi. Without going into too much depth, Japan’s Ministry of Health, Labor and Welfare has identified two prominent forms of karoshi: exhaustion, which results in cardiovascular illness, and – the most devastating – suicide as a result of overwork-related mental health issues. 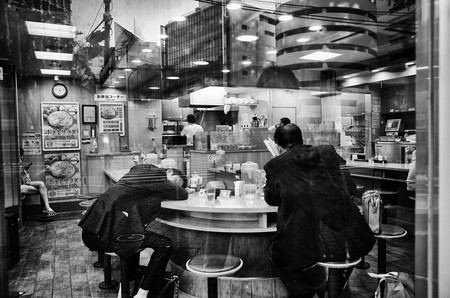 One of the biggest karoshi stories to make headlines worldwide was the 2015 death of Matsuri Takahashi, a 24-year-old graduate recruit of Densu, the country’s largest advertising agency. After less than a year of working for the company, the young employee was clocking in a reported 105 hours or more of overtime per month. Two years prior in 2013, a 31-year-old journalist Miwa Sado died from congestive heart failure from overworking after clocking in 159 hours of overwork the month before her death, that’s virtually an entire additional day of work per weekday. 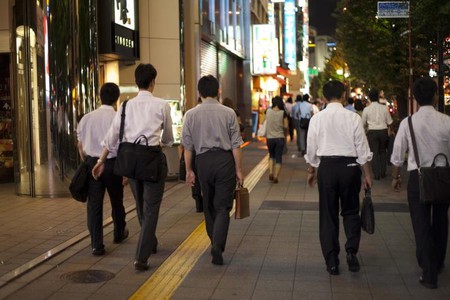 Following these shocking deaths, the government has tried to kick-start a number of programs to help tackle the really out of whack work-life balance in Japan, and hopefully ‘Shining Mondays’ is the one that will finally catch on.

Prior to this announcement, the biggest national campaign against overwork was the arguably not so well thought-through ‘Premium Fridays’ initiative, in which companies were encouraged to let their employees clock off early on the last Friday of each month. The idea was not only to help workers, but also boost the economy by giving people more time to go shopping or out to dinner, or to plan weekends away. 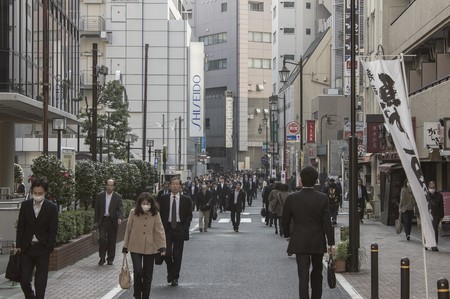 One of the main stumbling blocks of this campaign, beyond the entrenched stigma around leaving the office early, was the fact that in many Japanese companies the end of the month is one of the busiest periods in the office.

In a world still quite so strangely archaic in terms of rules and regulations, the end of the month in many Japanese offices signifies the wrap up of monthly accounts and deadlines for reports, and for finance and HR people, it’s pay-slip time. So, to many it wasn’t a great surprise that 12 months following the announcement a recorded 11.2% of employees actually were taking advantage of the day.

This Monday sleep-in idea is linked to the ‘Premium Fridays’ concept, but it makes a little more sense. To begin with, so many of us across the globe are wrecked after a long weekday and probably want to crash on the couch on a Friday night. However, with the work week looming ahead, Sunday evenings are also almost wasted with many employees deciding take it easy, letting the evening slip by while wallowing at home with a mix of longing and maybe even dread-fuelled anticipation for another long week ahead. 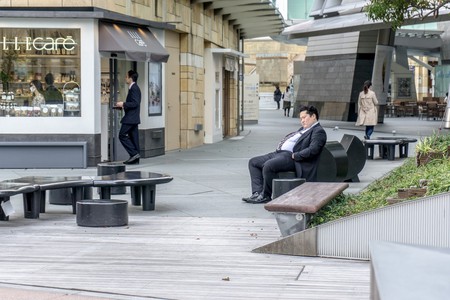 If you know that tomorrow you don’t have to be in the office until mid-afternoon, perhaps the thought of going out on a Sunday evening looks a lot more appealing, and when you think about it, it makes a lot more sense. If the general consensus is Mondays are rough, so why not make them shorter?

Spearheading the movement, the Ministry of Economy, Trade and Industry used their own staff as (presumably willing) guinea pigs, taking the first half of Monday, July 27 off, and the nation didn’t fall apart because of it. Whether the wider industries will take the government’s lead is yet to be seen; nonetheless, it’s more promising than what’s come before – so, here’s hoping Japan’s start of the week is about to get a whole lot shinier.