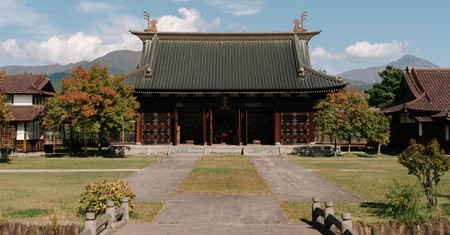 An exhibit at the Victoria and Albert Museum leads Culture Trip on a journey of discovery along Japan’s Diamond Route, where the devastating effects of the 2011 earthquake and tsunami still linger.

When I was young, I was fascinated by the story of Hiroshima; I read voraciously about the bomb that ravaged it in 1945, and about its subsequent slow recovery. It might sound odd, but I distinctly remember my sense of awe at the resilience of the Japanese people – how they regrouped and rebuilt, despite the devastation unleashed on one of the country’s biggest cities.

Having spent years exploring Japan’s neon metropolises, Osaka and Tokyo, I was reminded again of my interest in Hiroshima when I heard about the post-2011-earthquake recovery of an area north of Tokyo known as the Diamond Route, so named because of the shape created when its three prefectures – Ibaraki, Fukushima and Tochigi – are joined by lines on a map.

These prefectures have a historical connection: the Ōshū Kaidō trading route, which connected these northern regions with Tokyo during the Edo period (1603-1868). During this time, Japan was ruled by the fearsome Tokugawa shogunate, the country’s last feudal military government. The shogunate controlled all traffic along the Ōshū Kaidō route, which passed through the Diamond Route’s three prefectures. 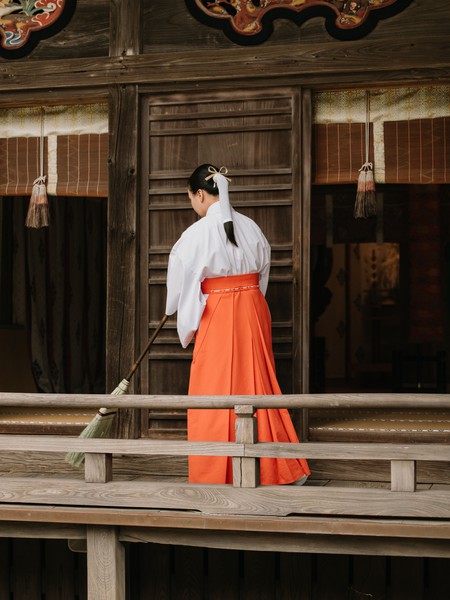 Post towns (named because members of the shogunate were often posted here to control the route’s traffic) sprang up, providing travellers with somewhere to rest and refuel. Their presence represented the first links between the three prefectures, so it made sense to start my exploration of this part of Japan in one of the country’s oldest post towns: the beautifully preserved Ōuchi-juku in Fukushima’s Minamiaizu District. 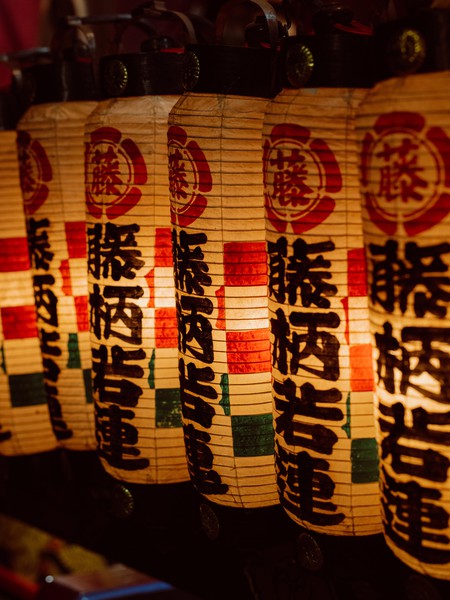 Little has changed here since the 17th century, when merchants travelling along the Ōshū Kaidō route would stop to sleep and eat. Perhaps I should rephrase that: much has changed, but to the naked eye, it looks the same. Electricity and telephone cables have been buried underground, and the main street is lined with replicas of the thatched cottages that once stood here. Today, these buildings house small cafés and souvenir stores. I order a drink at an ice-cream parlour; the owner dashes over to the narrow stream that runs parallel to the main street and scoops up a bottle of Coca-Cola from a semi-submerged wooden crate.

Perhaps some of the tradesmen who passed through Ōuchi-juku bedded down at my base, the tiny, nearby Fukushima hot-spring town of Iizaka Onsen. My hotel, the five-bedroom Nakamuraya Ryokan, was already a successful inn when the ancestors of the current owner Hiroshi Abe took the reins 80 years ago. I sleep Japanese-style, on a futon atop a woven tatami mat, with bamboo screens separating my room from the one next door. The next morning, Abe tells me that the business will eventually be passed on to his eldest son, who is currently backpacking around New Zealand. 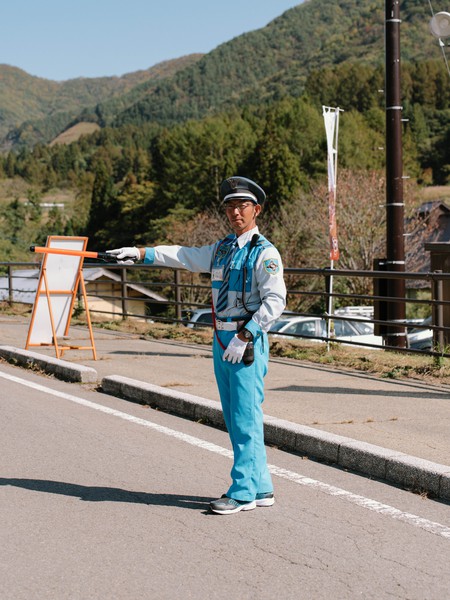 The ryokan’s long-standing success is partly down to its position – it’s metres from one of the country’s oldest community onsens (hot springs), an essential stop-off for weary visitors. In the morning, I join local residents for a dip.

For those looking for something more active, the Fukushima town of Aizu-Wakamatsu – known as Samurai City – is the perfect place to learn more about the Tokugawa shogunate. The wider region of Aizu was once home to the Aizu samurai clan, known for their fearless fight against imperial rebels trying to overthrow the shogunate. The bloody battle, which the rebels eventually won, took place between 1868 and 1869 and is known as the Boshin War. 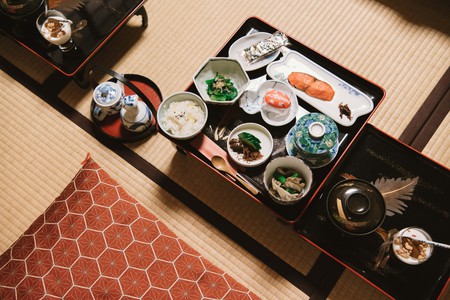 Today, those keen to channel their inner samurai can visit what’s known as the Butokuden for lessons in the martial-arts discipline of kendo. But this isn’t your typical tourist attraction – in fact, I stumble across this modern-day samurai school during a gentle walk through the town centre, alerted to its presence by the thwack of wooden swords emanating from a beautiful wooden building. Inside, a kendo class is in full swing, and the air is filled with the war cries of local children who fly around the room with the speed and dexterity of comic-book superheroes. One of the tutors puts down his sword and gives me a quick lesson in footwork and sword grip before pointing me in the direction of his colleague and urging me to hit him with my sword – hard. I tap my would-be assassin tentatively on the head but he isn’t satisfied. He flexes his muscles, thumps his chest and bellows “Harder!” I raise my wooden sword and bring it down hard on his head with an almighty crack. It does the job; he pulls off his mask before shaking my hand and sending me on my way. 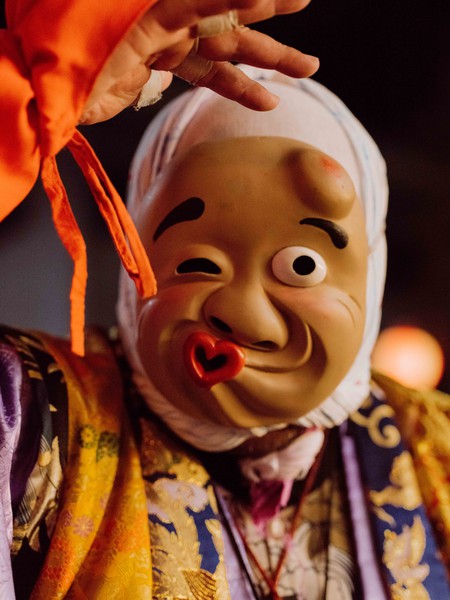 The Butokuden stands in the shadow of the beautiful Aizu-Wakamatsu Castle, a replica of a 14th-century hilltop fortress destroyed shortly after the Boshin War. In its rambling grounds, I discover the teetering graves of the 19 Byakkotai (teenage samurai) who, in 1868, committed seppuku – the act of falling on one’s sword – after fearing defeat at the hands of imperial rebels in the bloody, violent war. In 2011, the serenity of the Aizu region was disrupted once more with the wide-reaching effects of the earthquake and tsunami. 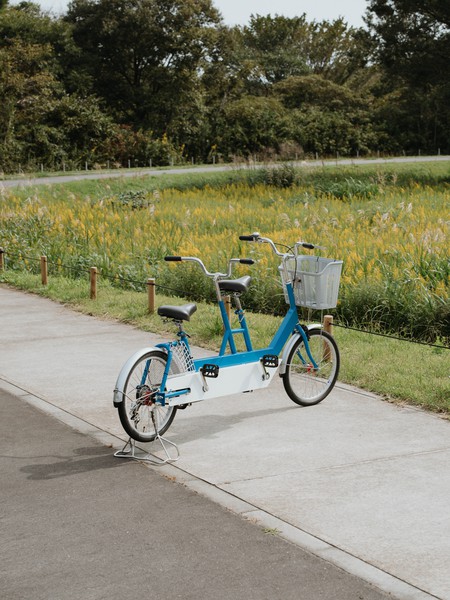 Sometimes history lessons are much less dramatic. My all-time favourite museum exhibit can be found at London’s Victoria and Albert Museum: it’s a simple wooden stool with a fascinating connection to the Miyagi prefecture, hence my decision to take a brief foray away from the trade route and into this coastal region, north of Fukushima. 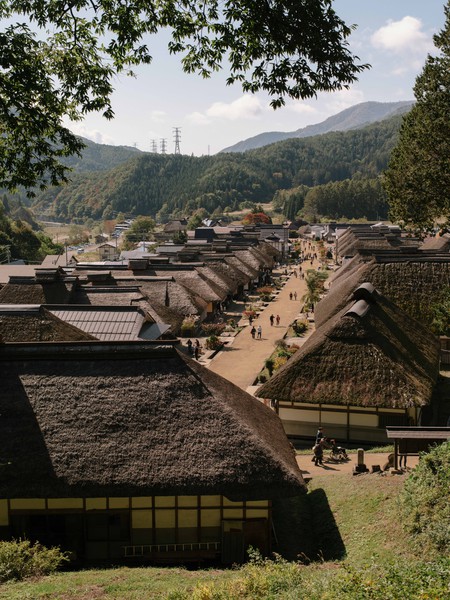 The stool in question was made by Ishinomaki Laboratory, a brand named after the town in which it is based. This thoroughly Japanese design label is a brilliant example of the country’s resilience, and a reminder of the community spirit that allowed Japan to move on and heal after the earthquake and tsunami. Joint CEO Takahiro Chiba is packing up for the day, but he gives me a quick guided tour of the headquarters, a vast warehouse topped with a handful of offices. On the first floor, he shows me a muddy line and explains that it’s the point to which the tsunami floodwater reached in 2011. Chiba was a sushi chef before the earthquake, but a determination to help his hometown rebuild prompted him to join forces with Keiji Ashizawa, a successful Tokyo-based designer who’d fallen in love with Ishinomaki having helped redesign a local restaurant. 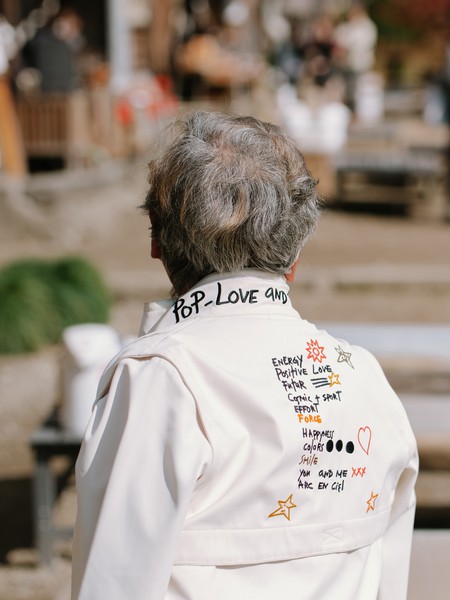 A local man contemplates the shrines at Nikko | © Marc Sethi

Responding to the urgent need for basic furniture after the disaster, Chiba and Ashizawa opened a workshop-like space where people could come to repair household items and make simple pieces of furniture using materials donated by volunteers – many of whom were Ashizawa’s Tokyo-based designer friends. Soon the duo started designing their own furniture, and before long, the minimalist, elegant pieces they’d created with survivors in mind became highly sought after. Ishinomaki Laboratory’s most famous item is the one that started it all: the squat wooden stool at the V&A. 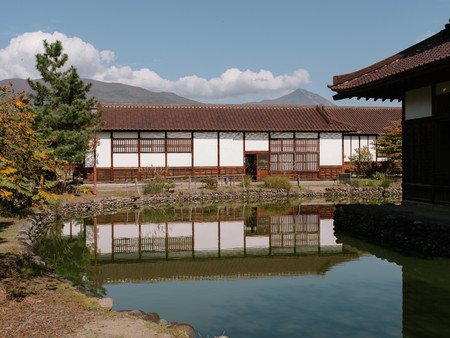 The Nisshinkan in Aizu-Wakamatsu, site of the former samurai training academy | © Marc Sethi

I decompress over a seafood lunch at nearby Enman-tei, a truck-stop-style ramen restaurant where the elderly owner’s wife recalls the day when she glanced in her car’s rear-view mirror to see an enormous wave bearing down on her. Today, the battered napkin holders on the tables at Sounosuke Endo’s restaurant have faded stickers printed with information about the events of 2011, alongside a QR code that diners can scan to learn more.

Back on the trade route in Fukushima prefecture, there’s a reminder that this part of Japan has long been familiar with brutal natural forces at my final stop-off, Bandai-Asahi National Park, which spans Fukushima, Yamagata and Niigata prefectures. During a wander through the park – which incorporates Japan’s lake district – I follow a winding wooden trail past jewel-coloured lakes that sparkle beneath the geological giant that created them, the Mount Bandai volcano. This area once had a single river, but the volcano’s most powerful eruption, in 1888, dammed the lake and created ponds, lakes and swamps. Thereafter, thick, fertile forests of pine, beech and maple sprouted from soil enriched with nutrients from the volcanic ash. The presence of allophane – tiny waterborne molecules of clay – explains the startling hues of the park’s lakes: some are bright green, while others are turquoise and yellow. 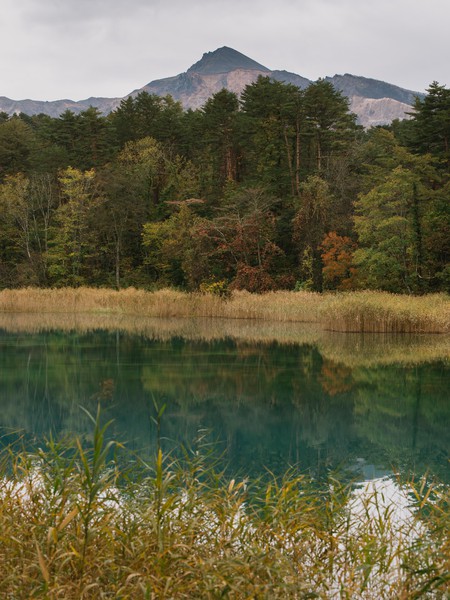 It’s a magical place with a tragic past, and it’s not hard to see why Genta Kanemitsu, a local hotelier I meet during my walk through the park, fell in love with the area. I asked him why he moved here from Tokyo. “I couldn’t find Peter Rabbit in Tokyo,” he replies. It turns out Kanemitsu’s love affair with the region began when he discovered the British equivalent of this spectacular landscape – along with Peter Rabbit, a fictional resident of the Lake District – during a short stint living in the UK. “The very first time I came to this place, I realised I’d been searching for this type of landscape, so I quit my job in Tokyo and moved here,” he explains. 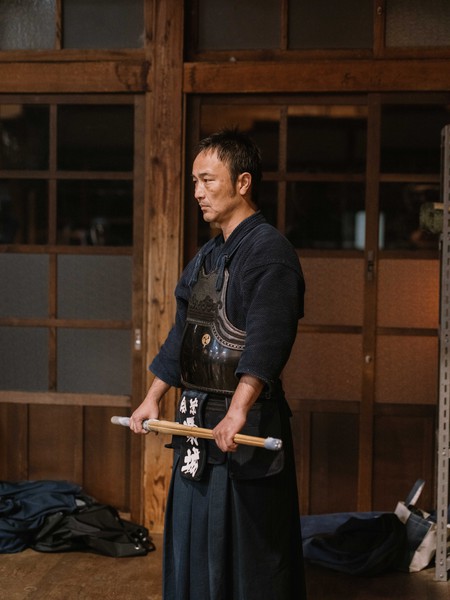 A kendo at the butokuden | © Marc Sethi

He tells me that homes within the national park are highly sought after. Residents have to comply with strict regulations relating to property size and style. For example, fences between houses are a no-no, as are bright colours. The latter rule applies to businesses too, and it’s the reason Urabandai, a town inside the park, has a rather unusual claim to fame: the 7-Eleven store here is believed to be the only one in the world with a sign painted in colours other than the brand’s usual bright reds and greens, with a muted dark brown being used instead. 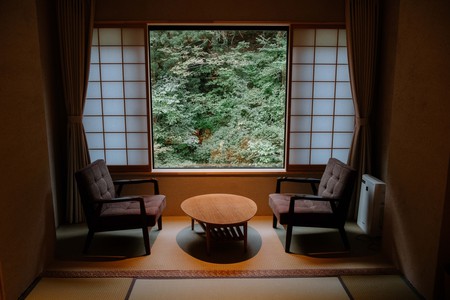 In 2011, the earthquake shook the ground once more. “It’s a mountainous area, so the tsunami didn’t affect us,” explains Kanemitsu. “But the earthquake was huge. The road that runs from Inawashiro [another town in the park] to Urabandai collapsed and became impassable, and the local stores ran out of supplies … In the countryside, we rely on our cars, but there wasn’t any fuel. Life started to return to normal after a month, but the secondary effect was the damage to the tourism industry.”

Tourists are now flocking back to this beautiful area. The mascot of the region is a bright red papier-mâché cow, and it seems fitting: local residents, who hang cow-shaped ornaments in their homes, see the creature as a beast of burden who’ll steadfastly shoulder the weight of the Aizu region’s troubles. 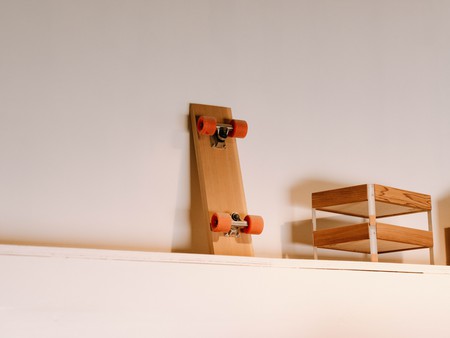