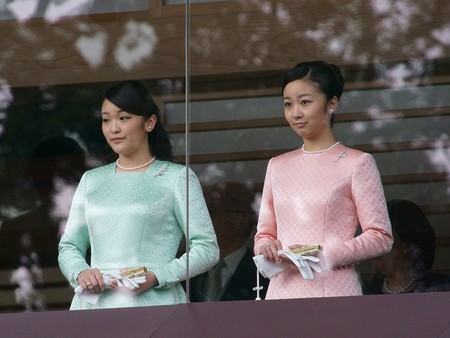 The eldest granddaughter of Emperor Akihito is forfeiting her crown in the name of marriage. 25-year-old Princess Mako has decided to tie the knot with Kei Komuro, a law firm worker whom she met at a dinner while studying at the International Christian University in Tokyo. In accordance with Japanese imperial law, the princess will give up her royal status by marrying a commoner. We take a look at what this means for Princess Mako and the future of Japan’s royal line.

While the engagement remains unofficial until the traditional exchanging of gifts between families, event planning has already begun and the wedding ceremony is expected to be held in the coming year. Upon her departure from the royal family, Mako will receive a single payout of over $1,000,000 from the Japanese government, after which she will be expected to live, work, pay taxes, and vote like other Japanese citizens.

Mako’s decision marks the second time in history a Japanese royal gave up her status to join the common folk. Her aunt, Princess Sayako, married a commoner in 2005, trading a lavish lifestyle in the imperial castle for a one-bedroom apartment with her husband in Tokyo. The only daughter of Emperor Akihito, Sayako’s departure from the royal family drew a great deal of attention from media outlets, who followed her as she prepared for “normal” life. Reports claim she had to learn how to shop for groceries, buy furniture, and drive a car before her wedding day. 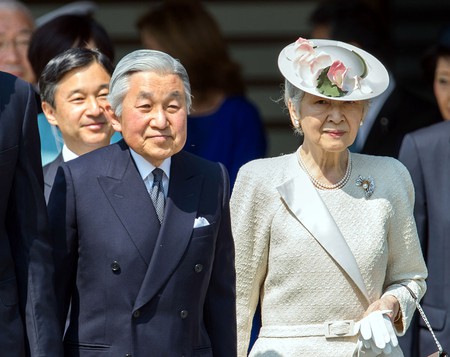 At 83, Emperor Akihito has expressed concern that his age may soon interfere with his royal duties and has hinted that he would like to step down and pass the throne on to the next successor. The current imperial law states that it is illegal for the emperor to abdicate the throne; however, on May 19, 2017, the Japanese government approved a one-time bill that would permit Akihito to resign in December 2018. From now, the bill will move to the Parliament, where it will likely be passed.

The imperial law also states that the successor to the throne must be male, though in the past the rules were not so rigid. There were several occasions when the male heir was too young to take the throne, in which case his mother, aunt, or elder sister would reign as a placeholder until the boy came of age. That changed in 1866 during the Meiji Restoration, a Japanese revolution that restored imperial law and declare the ruler of the throne a “god-emperor.” The new law forbade a female to ascend to the throne – even temporarily. Though amending this law has been a subject of debate in recent years, it remains unchanged as conservatives do not what to break a 2,600-year-long line of male-only rule. 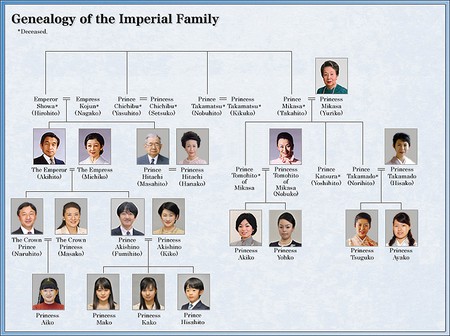 The future of the throne

The princesses’ departures and rigid imperial laws pose a number of problems for the future of the royal family. Naturally, by marrying commoners and losing their royal status, the number of potential successors is reduced, as the husbands of Mako and Sayako are not eligible for the throne. This leaves Akihito’s 81-year-old brother (who has no children), two sons (only one of whom has a son, 10-year-old Prince Hisahito), and Prince Hisahito himself as potential heirs to the throne. After Akihito’s brother and two sons, the future of the imperial line will rest solely on Prince Hisahito and any family he may – or may not – have.