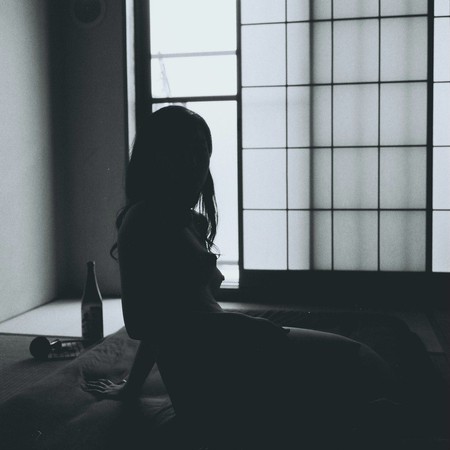 With nearly 400 books in publication, Nobuyoshi Araki is one of the most prolific photographers in Japan and has gained a reputation for images that are simultaneously stunningly beautiful and shockingly obscene. From sentimental images of his wife on their honeymoon to women in bondage suspended from the ceiling, Araki’s images tackle the enduring triumvirate of life, death and sex, whilst simultaneously employing elements of Japanese tradition to lend a particular cultural outlook. 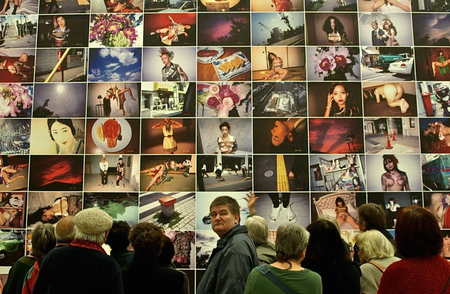 With nearly 400 books in publication, Nobuyoshi Araki is one of the most prolific photographers in Japan | © Jon Blathwayt / Flickr

Born in Tokyo in 1940, Nobuyoshi Araki studied photography in his home city. Later he began work as a commercial photographer for an advertising agency, where he met his wife Yoko. The union that followed resulted in the book that consolidated Araki’s standing as a leading figure of Japanese photography. Titled Sentimental Journey and published in 1971, the collection was a candid depiction of his honeymoon with his wife. This visual diary does not limit itself to poignant gazes on trains and towels draped on hotel railings however. Nude images of his wife occur frequently as do intimate snapshots of the new couple’s sex life.

Last Sunday ☀️ the last day at #unseenamsterdam2016 ❤️ #unseenamsterdam The #photofair 📷 at #westergasfabriek Seeing of my favorite photographers #nobuyoshiaraki ❤️ at #galleryalexdaniels ❤️ #reflexgallery #kaori I love this photo!!! 😍 #colourphotography #japanesephotographer #bondage Long time ago when I studied at the academy #royalartacademy #willemdekooningacademy Nobuyoshi Araki inspired me to make a lot of art. #asianart Thank you @alexdanielsreflex and #violawinokan 😘

Sentimental Journey was later complemented by Winter Journey in 1991, a series of photographs documenting the premature death of Araki’s wife. As in Sentimental Journey, Araki does not shy away from personal subjects, and the death of his wife is portrayed in a blatantly honest and detailed manner. His wife’s absence in the photographs is made visually apparent by the reoccurring presence of her cat. Winter Journey finishes poignantly with an image of her cat, outside at last, his white fur nearly dissolved in the snow.

In Sentimental Journey and Winter Journey, the resolute connection between life and art is made clear. In continuation of this theme, Araki has stated that with his models, ‘Sex is like foreplay. Photography comes afterwards’. Each image of the model subject is not solely a depiction of a woman, but of the relationship he has with the woman. While his depictions of women incapacitated by tight ropes have been criticized by many, he maintains that his images are intended to empower women. He states that his aim is to ‘free [the women’s] souls by tying up their bodies‘.

This departure from his most well-known themes can also be seen in Faces of Japan, which results in a more general documentation of Japan and its inhabitants. The premise of the work is an attempt to photograph people in each of Japan’s 47 prefectures. Direction is absent from the photographs as the subjects define themselves. Interestingly, Araki does not focus on his own relationship with those he is photographing, but on their relationships with each other.

At 74 years old, Araki’s career continues to take interesting and exciting directions, simultaneously raising eyebrows and eliciting praise. He is both manipulating and contributing to Japanese culture. In It Was Once a Paradise one can find shunga, kinbaku, and even the motif of kaiju, the strange creatures that have been found in traditional woodblocks as well as the Godzilla films, represented. Whether seen as a humorous juxtaposition of tiny dinosaurs and naked women or as a visualization of the conjunction of monstrosity and sexuality, the images in the series contain a vivacity not always found so late in a photographer’s career. Whatever your view of him, there’s no denying that Araki’s particular thirst is thrilling.