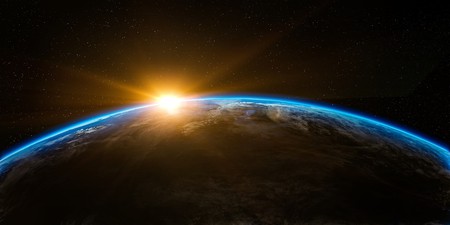 A space elevator would stretch from the Earth's surface to outside its atmosphere. | © quimono / Pixabay

In 1895, a Russian scientist named Konstantin Tsiolkovsky saw the newly constructed Eiffel Tower and came up with the idea to build an elevator to space. Since then, the concept has been regularly discussed and proposed, often with crazy sounding features like a counterweight dropping to the earth and propelling an elevator car up and out of the Earth’s atmosphere.

Nobody has quite been able to figure out a way to achieve this, so over time the space elevator became more science fiction than a realistic goal. Scientists in Japan are set to take the first, very tiny, steps towards testing an elevator to the stars.

Researchers at Shizuoka University will launch a miniature space elevator on a H-2B rocket from the island of Tanegashima in September. The elevator will be roughly the size of two matchboxes and will attempt to slide up and down a 10 meter cable suspended between two mini satellites. 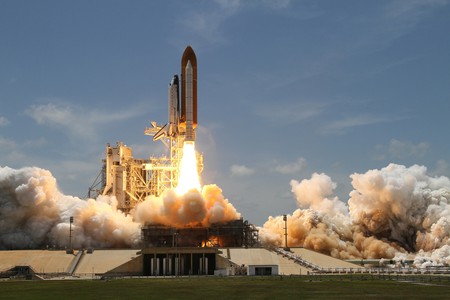 Rocket launches are currently the only way to get into space. | © WikiImages / Pixabay

It’s a far cry from Tsiolkovsky’s original idea in his 1895 book Dreams of Earth and Sky, which was a tower 36,000 kilometers high leading up to a “celestial castle” at the top. Several theories have been put forward in the years since, including that of another Russian scientist, Yuri Artsutanov, suggesting in 1959 that a cable could be constructed between Earth and a city in space. As with most of these ideas, the problems arose when determining a material strong enough to reach so far.

In the 1990s, a new material was invented called carbon nanotubes, which was potentially strong enough to support a space elevator, and this prompted a new wave of proposals. In 2000, Bradley C Edwards, an American scientist, suggested creating a 100,000km long paper thin ribbon using a carbon nanotube composite material.

The ribbon cross section would give the elevator a greater chance at surviving meteoroids and would have enough surface area for transport pods to climb up them with simple rollers. Edwards has since published two books on the subject and claims a space elevator could reduce the cost of space travel by a factor of 100.

More recently, a contracting company in Japan called Obayashi, which built the tallest structure in Tokyo, pledged to build a space elevator with cables made from carbon nanotubes by 2050.

It remains to be seen if we’ll ever step into an elevator that can take us to space. There is still a long way to go with the materials, and avoiding meteoroids and other debris in space, while also surviving earthquakes, hurricanes, and tornadoes here on Earth will be a challenge for anyone building such a structure. But in Japan the idea has taken seed more strongly than anywhere else, and it’ll be interesting to see how far towards the stars these experiments can take us.