Japan Plans to Use Drones to Force Workers to Go Home 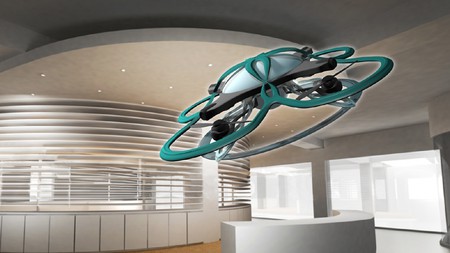 In Japan, karoshi or death by overwork claims dozens of lives each year, and the epidemic shows no signs of slowing down. One firm has decided to get creative and make use of modern technology to capitalize on labor laws that limit overtime hours, all while making up for the nation’s critical labor shortage and increasing office security.

Japanese office security firm Taisei’s T-FREND is a drone system designed to patrol the office autonomously after regular working hours. The company claims T-FREND will not only strengthen security at the office but can also help manage the number of employees working overtime. The drones can be programmed to remind workers to get a move on by blaring the classic folk tune often associated with New Year’s in the West, “Auld Lang Syne.” Footage recorded by T-FREND can also be viewed remotely in real-time, which can help office managers track which employees are struggling with overtime.

The work culture in Japan has been one of overwork and overtime since the post-war era. After World War II, the nation collectively turned to hard work in order to rebuild the economy. Working hard became a sign of company loyalty and a quality to be admired. For example, sleeping at work became a sign of working hard, not slacking off. And you look tired became a compliment and a standard office greeting, not a sign of concern.

So, in recent years, the Japanese government has been taking steps to reduce incidents of karoshi and excessive overtime, but it hasn’t been easy to either enact or enforce new labor laws. According to The Japan Times, companies say forcing their workers out the door themselves led to friction between employees, so for those firms, T-FREND might just be the perfect solution.