Japan Has Its Own KitKat Museum 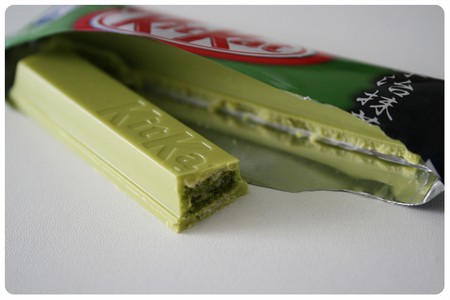 In September, Japan opened a pop-up KitKat museum, called the KitKat Chocolatory Museum, in honor of the legendary chocolate treat. The KitKat Chocolatory is a specialty KitKat shop found only in Japan, where pure couverture chocolate and gourmet ingredients make up the bulk of the recipes. Hundreds of flavors were on display at the Nescafe in Harajuku until September 25, 2016.

The confectionery market is competitive in Japan. People have high standards and demand innovation and novelty from their brands, which has led to the Japanese KitKat becoming almost unrecognizable from its Western counterparts. Introduced to the market in 1973, Japanese KitKat is set apart not only by the wide variety and uniqueness of its flavors but also by its limited edition products, collaborations with other brands, and fun packaging designs.

At the pop-up museum, KitKats in every flavor, color, and type lined the walls, popping against the bright white background. Visitors could browse through over 300 KitKat products and purchase their own from a wide range of available flavors, including gotochi KitKats. These gotochi, or regional KitKats, are often special editions sold only in their respective prefectures. The flavors are made with or inspired by local ingredients. As a result, gotochi KitKats have become a popular souvenir, or omiyage, among visitors traveling between regions.

The limited edition museum was honored in the best possible way. KitKat Chocolatory’s Takagi created the luxurious cranberries and crushed almond flavor, called the ‘Everyday Luxury KitKat,’ in honor of the museum’s opening. But sales are not limited to the museum itself; these special edition KitKats can be found at local grocery and convenience stores until supplies run out. 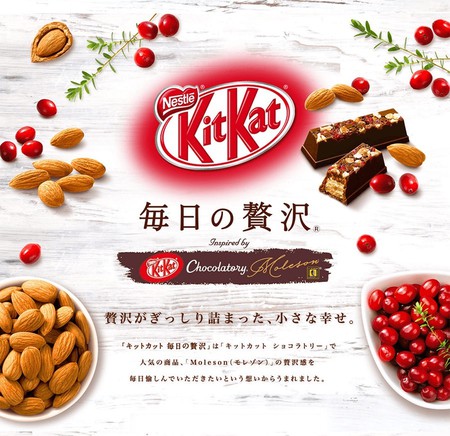