Japan Has Discovered the Secret Behind Unmeltable Ice Cream 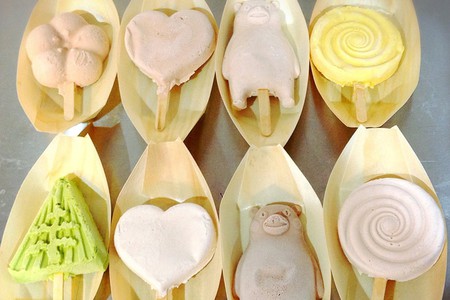 A company in Kanazawa, Japan, has tapped into the power of strawberries to create a creamy frozen treat that won’t melt in the summer heat: Kanazawa Ice.

The breakthrough happened at the Biotherapy Development Research Center Co., where company execs were attempting to find a use for the less aesthetically pleasing strawberries from Miyagi Prefecture that couldn’t be sold as is. They asked a pastry chef to come up with a new use for the polyphenol extracted from the berries. After much trial and error, the chef reported back that cream would solidify when mixed with the compound. This gave the team the inspiration to go in a new direction, and they began working with developer Tomihisa Ota in Kanazawa to create the heat-resistant snack. The company began marketing it back in April. It was first sold at the Kanazawa Ice ice cream shop in Kanazawa, after which the frozen treats are named.

Polyphenol, a chemical compound of which tannins (as found in tea) are a subset, slows the separation of water and oil. This includes the fat and water content of the creamy ice pops now being sold in Japan as Kanazawa Ice, being marketed as “non-melting ice pops.” The frozen snacks come in a variety of shapes and flavors. Amazingly, they do seem to live up to the hype. Where an ordinary ice pop or ice cream cone would begin melting immediately, the Kanazawa Ice holds its shape for over five minutes when exposed to the summer heat. The non-melting ice creams are now available at Kanazawa Ice shops and popups in major Japanese cities, including Tokyo and Osaka.