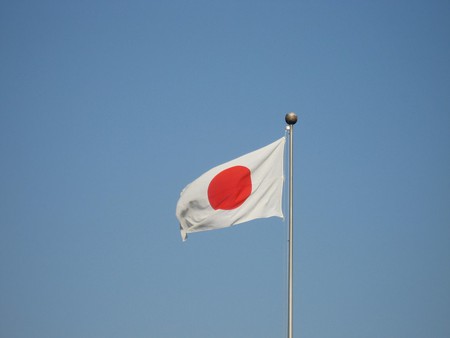 Australia Day, Independence Day, the Queen’s Birthday – many countries have a day of national pride, and Japan’s is on February 11th. Though it’s a public holiday and the celebration of national pride, it’s a little different than its Western counterparts.

Known as Kenkoku Kinen no Hi in Japanese, or sometimes referred to as Empire Day, National Foundation Day recognises the 660 BC ascension of Jimmu, the first Emperor of Japan, to the throne, establishing the foundation of the nation. Originally, the event’s celebration took place on New Year’s Day, but when the country switched from the Chinese lunisolar calendar to the Gregorian calendar in 1873 (during the Meiji Period), this day was moved to February 11th.

As the history books retell, it’s said that the nation’s first emperor, Jimmu, was a direct descendant of Amaterasu, the Shinto sun goddess. He was born in Miyazaki Prefecture, on the island of Kyushu. During his reign, the soon-to-be emperor started wars with every clan that he came across and won. Via his actions defeating the many clans that segmented the nation, he united Japan.

There are many stories about the journey and legacy of Jimmu, which can be found in the Kojiki, which in English translates to ‘Records of Ancient Matters’ or ‘An Account of Ancient Matters’. The Kojiki is basically a chronicle of the nation’s history.

What’s fascinating about this day, however, is that unlike its Western counterparts, for a nationwide celebration of national pride, February 11th features very little fanfare these days. Up until World War II, the day was marked with rather grandiose festivities, including fireworks, parades parties and flag raising. However, following the events of the Second World War, National Foundation Day was abolished.

Though it was later re-established in 1966, it’s never quite held the significance it once had. There are a few small celebrations held across the country, but wide-scale displays of patriotism are far from the norm. A small crowd gathers annually near the gates of the Imperial Palace, the home of the current Emperor, and there’s a small parade typically hosted in Tokyo’s Omotesando Dori, near Harajuku, in the morning, but that’s about it.

In 2015, a study by the Sankei Shimbun and Japan Today discovered that only 19% of Japan’s population actually know when National Foundation Day is. The survey spoke to 10,000 Japanese citizens aged 18 and over across 10 cities throughout the nation.

It’s pretty staggering compared to outcomes from the same survey project which interviewed 300 foreigners living in Japan about their knowledge of their home country’s national day. In this survey, Chinese nationals gave the highest percentage of correct responses, with 100%, then Canadians with 97.7%, followed by Americans with 91.3%. Still, the country seems pretty happy to take the day off, even if they don’t know what it’s for.