How Haruki Murakami Navigates Between Japanese and Western Cultures

Haruki Murakami is one of the most celebrated writers in contemporary Japanese literature, yet his work is often criticised for being too ‘Western’. Here, we discuss this contradiction. 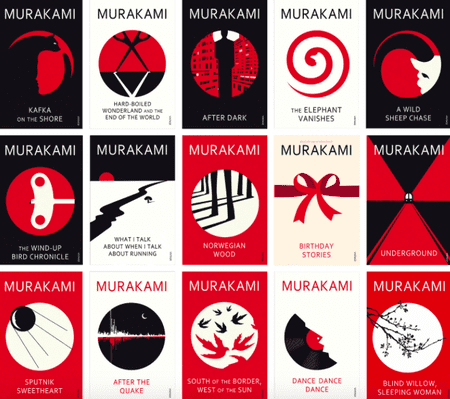 The Japan of today would seem entirely unrecognizable to those living in the mid-1800s at the close of the Edo period. While it once existed in a state of self-imposed isolation, limiting all contact with foreigners to the Chinese and Dutch merchants who traded via a man-made island in Nagasaki, it is now almost impossible to walk down a street without seeing a trace of Japan’s internationalization of the Western world. From the high school baseball teams practising six days a week to the jumbled ‘Japanglish’ words on t-shirts, to the old women shouting ‘bye bye!’ to their friends, it seems that Western culture has been sewn into its Japanese counterpart on all levels.

Yet cultural exchange works in both directions and it is similarly almost impossible to visit a Western bookshop without seeing the name Haruki Murakami. Born in 1949 in Kyoto, Murakami has published numerous novels, short stories and essays – some of which have taken the book world by storm and catapulted him to the forefront of Japanese literary culture. His surrealist novels have been translated into over 40 different languages and garnered widespread critical acclaim, as well as earning him the Franz Kafka and Jerusalem literary prizes. Generally, the presence of Western culture is difficult to miss throughout all of Murakami’s works. The title of his most recent novel 1Q84 is a direct reference to Orwell’s 1984 (nine being pronounced kyuu in Japanese), and his most renowned novel, Norwegian Wood, is named after a Beatles’ song.

Murakami was born to two teachers of Japanese literature in the aftermath of the Second World War. Unable to relate to the Japanese classics in this context, he turned instead to Western literature, reading prolifically from Kerouac to Kafka (with whom his dark surrealist humor is often compared). His interest in Western culture did not stop at literature. Aged 22, he and his wife Yoko Takahashi opened a Jazz bar in a Tokyo suburb where live acts frequently performed. 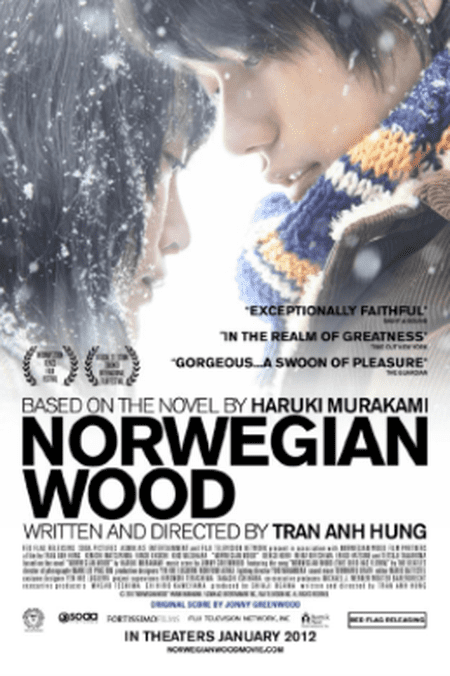 This early immersion in Western culture is evident in Murakami’s written works; the allusions dance freely across the pages, as in the opening of his The Wind-Up Bird Chronicle: ‘…I was in the kitchen, boiling a potful [sic] of spaghetti and whistling along to an FM broadcast of the overture to Rossini’s The Thieving Magpie.’ It is perhaps this casual and often playful use of Western references that has made Murakami such a prevalent name in the West today.

This distinct style of Murakami’s has divided the literary scene in Japan, however. To some, he is a genius who invigorates generations of Japanese youth with thought-provoking literature. To others, he is an overly Westernized pop author who lacks both substance and a sense of tradition. The same debate can be directed towards Japan’s extensive westernization. English has entered into the Japanese language mainly through buzzwords and products such as suupaa for supermarket or kuura (cooler) for air conditioner. It is compulsory to study English in secondary school education, but the country routinely struggles with low competency levels and is currently reassessing the way language should be taught. The influence of Western cuisine is likewise widespread; for every patisserie, there is another McDonalds. If you were to ask many Japanese children what they had for breakfast they’d say ‘pan!’ or ‘bread!’

However, to label Murakami’s relationship with internationalization as ‘trash’ or ‘lacking substance’ is to ignore the method by which he interacts with this westernization. This is elevated above the superficial focus on fast food and throwaway English which is generally evident in Japanese society. Murakami’s Japanese translations of authors such as JD Salinger, F. Scott Fitzgerald and Raymond Chandler combined with his own celebrity have all exposed countless numbers of Japan’s youth to literature and ideas that they may have otherwise never encountered.

Murakami’s love of American Jazz informs his own writing, something which is exemplified by the beautiful lines of prose in his Sputnik Sweetheart; ‘Sumire could hear the intake of breath. Like the sound of a velvet curtain being drawn aside on a peaceful morning to let in the sunlight to wake someone very special to you.’

Japanese musical artists such as Nujabes (from Samurai Champloo fame) similarly entwine Western influences with more traditional Japanese music, taking Western genres of jazz and hip-hop and blending them into a uniquely Japanese style which is exported globally. Here, we see Japanese engagement with Western culture across multiple art forms.

Rather than being preoccupied with the West, Murakami surveys Japanese culture with a keen and critical eye. The Japan in Murakami’s novels is one in which paths of his characters are always unclear. His unnamed protagonist in Dance Dance Dance is a journalist, well versed in Western literature and music but who floats through life with an acute sense of loss. He fails to get to grips with the traditional Japanese method of working, wherein a ‘salary man’ is tied almost by a sense of familial obligation to the same company for life.

In Murakami’s novels, characters with similar burdens will often leave Japan or slip out of reality altogether. But the characters always reappear and the direction of each novel, though flirting continually with the West, always returns to Japan. It is this interest in the ordinary working Japanese and their issues that became the driving force behind Murakami’s non-fictional work Underground, in which he sympathized greatly with the victims of the 1995 Tokyo gas attacks.

At the heart of most of Murakami’s novels we find a Japanese individual, often in a state of dislocation and attempting to traverse the highs and lows of Japanese society. Often, Murakami’s characters are trying to assert individuality in the face of Japanese notions of conformity, or are struggling against the strict commitment of Japanese working culture. Ultimately, the books portray the beauty of these individuals coming to terms with modern Japanese culture. Western allusions are prevalent, but never distract from this distinctly Japanese state of emotional affairs. Instead, they allow Murakami and his readership to explore feelings of confusion and loss with greater intellectual breadth and clarity.