Japan, a Tale of Love and Mochi 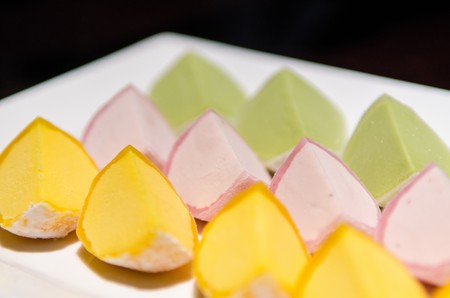 This traditional Japanese event takes food fighting to another level. In the quest for happiness and prosperity, people from every corner of Japanese society fight to gain the greatest number of rice cakes and more than a little bit of pride.

It seems that no other country can match Japan when it comes to the famous diversity of its culture. On the one hand we imagine the fetish-like idiosyncrasies of Japan; maid outfits glowing against the towering UV lights of Akihabara, while the singing squid encourages you to eat him with extra wasabi this time. On the other we have the ancient Japan of sensibility; the single Sakura petal floating in a pond as flat as glass, while the kimono-clad women tread quietly around its outskirts. The Mochi Nage Matsuri, which occurs every spring at thousands of Shinto shrines around Japan and which is almost entirely unheard of overseas, showcases both sides of Japanese culture. 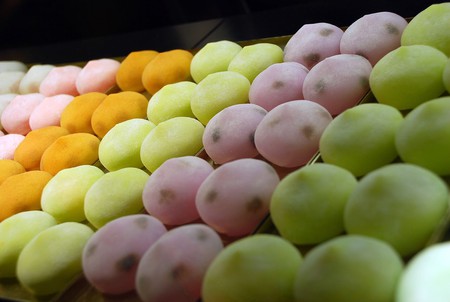 The simple premise of this event is summed up nicely in its title Mochi Nage Matsuri, which translates loosely as ‘Mochi Throw Festival’. People of all ages from around the community will gather at the local shrine for a ceremony to bless the fertility and harvest of the following year. After the priest has blessed a ceremonial plot of land and two bashful looking boys dressed as a cow are led over it, the atmosphere switches from one of quiet solemnity and contemplation to what can only be described as a frenzy. Suddenly, plastic bags and giant wooden baskets are produced out of nowhere and everyone begins to look upwards. Mochi, which are rice cakes pounded hard and flat and used in a variety of recipes, are thrown from a great height for the benefit of the packed crowds below, who dash about eagerly to collect as many as they can.

The Mochi themselves are said to ensure happiness and prosperity for the coming seasons. Tragically, however, they are also responsible for the deaths of around 10 senior citizens per year, mainly due to choking on their glutinous consistency. In light of that, it seems strange to see pensioners fighting tooth and nail through mud and rocks to desperately claim as many Mochi as they can.

Unsuspecting bystanders who are new to the experience are gladly swept (or barged) out of the way by more seasoned participants in their attempt to grab that all important first piece of Mochi. Those who don’t keep their wits about them could be swiftly punished by a piece of falling rice cake, or the fist of an 80 year-old woman. 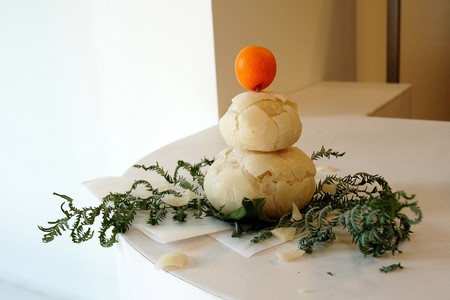 Mochi comes in many different shapes and sizes | © Yuki Nakayama/Flickr

The passion that stirs the young and old to battle hungrily among flailing limbs is truly remarkable.The festival is brief but in this short time, all members of the community are brought together by a simple love of competition through this rich and wonderful tradition. And as soon as the Mochi runs dry and the dust settles, all traces of the frenzy disappear (apart from the odd bloodied lip). Friends gather round to compare bruises while the victorious gleefully exhibit their Mochi horde.

Just like being hit square in the face by a piece of rice cake, the festival could leave you dazed and confused. But the sight of a packed-out shrine being rained upon by Mochi is one which you’ll never forget – and all survivors of the Mochi Nage know to wear their scars with pride.