Itako: The Blind Women Who Talk to Spirits 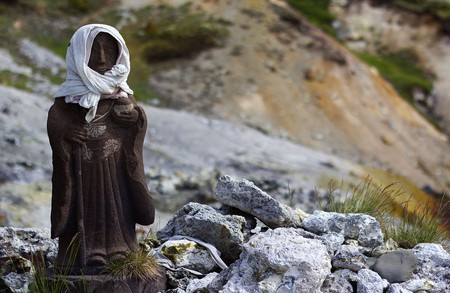 Originating in Aomori prefecture in northern Japan, Itako are spiritual mediums believed to possess the ability to communicate with kami (Shinto spirits and deities) and the dead. Adding to their mystique, the only people allowed to train as Itako are prepubescent girls who are born blind, as blindness was once considered a sign of spiritual or shamanistic powers in the days of old Japan. Though now seen as a bizarre and antiquated practice, a small number of Itako still exist in the mountains of Aomori. We take a deeper look at the origin, rituals, and history of this unique ancient tradition.

While the exact origin of Itako is unclear, research points to the days of prehistoric Japan, when many villages were lead by female shamans. While Shintoism would eventually become the primary religion of Japan, the Shinto belief system retained some of the shamanistic elements of early Japan, some of which carried over into the modern eras of Japanese history.

During the Edo period (1603 – 1868), many Japanese believed that blindness was associated with shamanistic powers or unique spiritual abilities; it was also a time when women were expected to contribute financially to their families. Parents of blind girls, knowing their daughters would have little opportunity to marry and support a family, often pushed them in Itako training around the age of 11 to 13. Training involved a ceremony in which the young girls would be “wed” to a deity, thus granting her the ability to communicate with kami and the spirits of the dead.

In spite of their supposed abilities, Itako were largely unaccepted by the general populace and considered to be among the lowest social class. During the Meiji period (1868 – 1912) the government discouraged the practice in favor of modern medicine, and a law was passed making it legal to arrest spiritual mediums on site for practicing their rituals. Many Itako were arrested during this time and were likened to prostitutes and thieves by local newspapers. 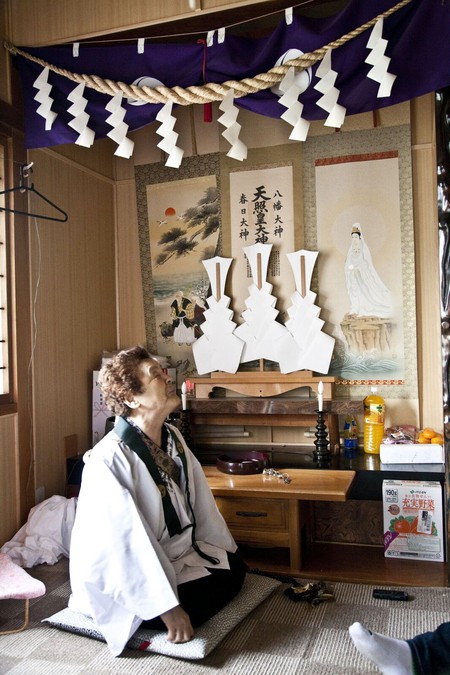 Itako carry numerous charms and artifacts to aid in their practice. Typically the items are stored in bamboo cylinders and boxes and can include animal bones and skulls, shells, or beaded necklaces. Depending on the spirit they are wed to, each Itako can perform a unique role such as communicating with the dead, praying to kami for a good harvest, and connecting mothers with the spirits of their babies who died in childbirth. Each ceremony has its own unique ritual; for example, during mizuko kuyo, a ceremony for mothers who have lost their children due to miscarriage, abortion or complications during childbirth, the itako gives the unborn child a name and calls upon a spirit to protect it. There is also a performance through which Itako attempt to summon the dead by playing a sacred musical bow called an azusa yumi.

As of 2009, less than 20 Itako still exist in Japan, all of whom can be found living on Mt. Osore in Aomori. Though they are generally discouraged from entering Buddhist temples, the local government acknowledges their presence as a popular tourist attraction and includes photos of them in tourist brochures. 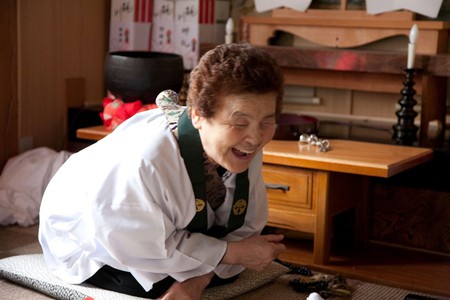