'Isle of Dogs' is Barking Mad and Utterly Brilliant 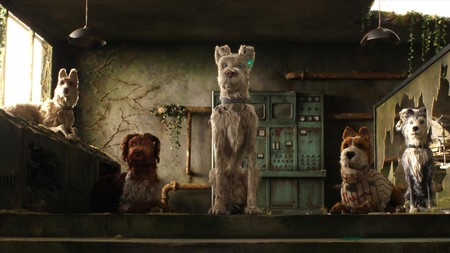 The Wes Anderson checklist is well and truly ticked in this quirky stop-motion comedy that is better than most of the directors recent efforts.

Twenty years in the future, in a Wes Anderson universe, and Japan is in the grips of an anti-dog movement, which has seen the four-legged animals banished to an abandoned island. There has been an outbreak of dog flu and Mayor Kobayashi leads the charge to deal with the issue. A small group of scientists want to search for a cure, but unless one is found the plan is to destroy the animals once and for all.

On the island, the abandoned dogs have aligned themselves into groups to increase their chances of survival. One such group happens across a pilot who has crashed while searching for his own dog. It turns out that the ‘little pilot’ is the ward of the mayor and his beloved pet might be the only one who can save the day.

The main group features the voices of many actors that will sound familiar to anyone who is a fan of the director’s previous works. The main newcomer is Bryan Cranston who plays dual roles and is distinctively gruff as Chief. His band of followers features Edward Norton, Bill Murray and Jeff Goldblum.

The plot is deeply entrenched in Japanese culture and customs, which are handled sensitively – Anderson has a great grasp of the details that inform how various characters react to their situations. The idea of conforming to regulation and abiding to the letter of the law is an overriding aspect of the narrative, although some might question why the one agitator in the human group happens to be an American outsider. Greta Gerwig voices an exchange student who spots a high-level political conspiracy and is keen to take a more pro-active approach, which is at odds with the local colleagues on her side.

The events on the island itself are relayed to the mainland via news reports, and in one of the many neat touches that Anderson deploys, the TV footage is delivered by 2D animation as a juxtaposition to the film’s stop-motion composition. The style is very similar to the slightly jerky look of Fantastic Mr. Fox (2009) and works even better here for a retro-fit aesthetic.

Anderson has faced criticism in regards to the repetitive style of some of his latest films, with the ‘cool’ nature of his work being seen as pandering to hipster viewers. This was perfectly captured by the withering put-down from Amy Poehler and Tina Fey at the 2015 Golden Globes, when they joked that the director had arrived to the ceremony on a ‘bicycle made of antique tuba parts’.

You might also like: This Real-Life Grand Budapest Hotel Town Is the Best Filming Location in Europe

There’s certainly an argument to be made that some of the filmmaker’s most fervent supporters are now acting as a deterrent for those attempting to take their first foray into the Anderson back catalogue. The colour palette and shot compositions are now a trademark, but that doesn’t have to be a bad thing. We can admire these elements when they work well and compliment the film, as they do in Isle of Dogs, but do we really need to see endless commentary videos and books? 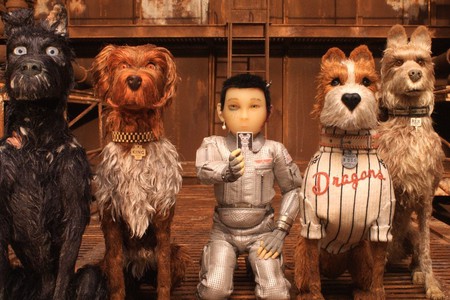 Isle of Dogs is a well-tuned and refined film. The tone is perfect, getting the laughs it aims for early on as well as the emotional depth it searches for towards the end.