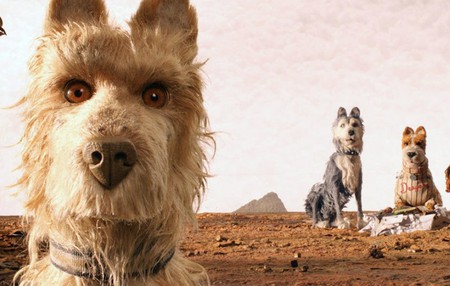 Appropriate. verb. Take (something) for one’s own use, typically without the owner’s permission.

Traditionally, the release of a Wes Anderson film is accompanied by two things: gushing praise for his quirky cinematic vision, or disdainful mockery of his over-stylised hipster schtick. But in the case of his latest movie Isle Of Dogs, there is a new narrative to consider – accusations of cultural appropriation.

The film takes place in a fictional Japan some 20 years in the future, in which all the nation’s dogs have been banished to a giant offshore rubbish dump following a health scare. Japanese culture takes centre stage, with sumo wrestlers, taiko drummers and junior baseball teams all paraded as part of the nation’s cultural milieu. Critics of the film have accused Anderson of pandering to oversimplified stereotypes and exploiting Japanese culture for his own benefit. Supporters of the film say that it is intended as a loving homage rather than cultural insensitivity. So which side is right? The truth is, predictably enough, a little more complicated.

For the film’s supporters, there’s plenty of evidence to back them up. Wes Anderson‘s cultural consultant during the making of the film was Kunichi Nomura, a previous collaborator and also a respected Japanese actor, writer and radio personality. Nomura not only voices the film’s main antagonist but was the director’s go-to when it came to capturing the authenticity of Japan’s culture. Every Japanese voice actor in the film speaks in their native tongue (a translator voiced by Frances McDormand is on hand to explain matters in English). Japanese kanji can be seen throughout the entire movie, from the credits to the film’s stop-motion sets. The soundtrack includes compositions from vintage artists like Teruko Akatsuki and the Toho Symphony Orchestra. Yoko Ono provides a cameo as a scientist. Anderson’s reverence to his source material is tangible.

Concurrently, the accusations of cultural appropriation directed at the film are understandable. From a certain point of view, the checklist of Japanese cultural tropes feels like a shopping list of tourist clichés. Critics have also taken issue with a major character in the film, an American foreign exchange student (voiced by Greta Gerwig) who rallies a pro-dog movement and thus fits into the White Saviour archetype, though it’s interesting that critics are choosing to focus on that aspect of the character rather than seeing her as a smart, unconventional young woman rising up against an inherently patriarchal political regime.

Isle Of Dogs comes to our screens at a time when debates around appropriation dominate the cultural conversation. In such times, context is key. For one thing, the movie is set in a heavily fictionalised Japan. For another, it’s a children’s movie that clocks in at just over 100 minutes. Isle Of Dogs, with its talking canines and robotic attack dogs, is a work of pure fantasy. To take the film as any sort of defining take on Japanese culture is therefore perhaps a bit of a stretch. And as a means of providing perspective, there have been some far clumsier, more condescending attempts to co-opt Japanese culture in recent years, such as Avril Lavigne’s video (below).

To be born of outside of Japan and yet still revere and appreciate its culture is to forever be on the outside looking in. This disconnect makes it a huge challenge for any filmmaker to do justice to their subject matter. Some may argue that means said filmmaker should best avoid such a project entirely for fear of getting it wrong, but in an era of mass polarization, it might make more sense to give any creator with good intentions the benefit of the doubt if they are looking to encourage cultural dialogue and cross-fertilisation.

There is a very strong case to be made for art which strives to encourage inclusivity and respect for other cultures. There is an equally strong case to be made for art that challenges viewers and pushes buttons. Wes Anderson is no provocateur, but as a unique voice in cinema, he has earned the right to continually roll the creative dice, even when such a move may backfire sometimes. Isle Of Dogs, with its stunning stop-motion animation and dazzling inventiveness, is a huge labour of love and also a great movie. By acknowledging that its heart is arguably in the right place, the dialogue can continue, and perhaps the discussion can help create greater awareness of the subtleties between celebration and appropriation.

Isle Of Dogs/ | ©Fox Searchlight Pictures
Give us feedback