Is 'The Hidden Fortress' the original Star Wars? 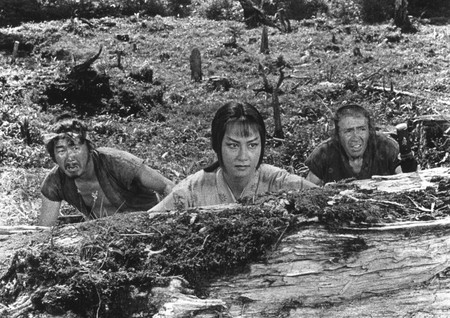 Kurosawa's The Hidden Fortress | Courtesy of the Criterion Collection

With a new Star Wars movie headed our way later this year, Culture Trip takes a closer look at a classic of Japanese cinema whose influence looms large over the saga.

As the old saying goes: talent borrows, but genius steals. Much has been made over the years of the parallels between George Lucas’s 1977 film Star Wars (known hereafter as Episode IV) and The Hidden Fortress, the 1958 film from legendary Japanese film-maker Akira Kurosawa.

At first glance, the two have little in common. One is an OTT space opera which, alongside Marvel and Game Of Thrones, is the biggest entertainment franchise in the world.

The other is a comparatively obscure black-and-white drama set in feudal Japan, made by a director who has been dead for nearly 20 years. Ask the average eight year old in a BB-8 t-shirt if they’ve seen The Hidden Fortress, and be prepared for a blank look.

As convenient as it would be to admit that Lucas ruthlessly plagiarised Kurosawa for his own ends, the truth is a little less straightforward. The Hidden Fortress works as a sort of cinematic garden of ideas and inspiration, from which George Lucas was able to pluck liberally before re-purposing these elements for his own story.

It’s in the movie’s first act where we find the strongest parallels between the two. The Hidden Fortress opens with a pair of lowly peasants, Tahei and Matashichi, bickering while wandering across a desolate landscape. a scene which would be updated nearly 20 years later in Episode IV with C-3Po and R2-D2 grumpily making their way across the vast desert of Tattooine.

One of Episode IV‘s most audacious storytelling devices was to begin an epic saga from the point of view of the two characters who are lowest in the social caste of that universe. This was lifted directly from The Hidden Fortress, even down to the Tall One/Short One dynamic (and in both films, it’s the Tall One who complains most). Like their robotic counterparts, Tahei and Matashichi become caught inadvertently in an epic battle which they have little to do with.

The parallels continue. Following an embittered row, the two part ways, only to be reunited a short time later when they are forced into slavery. Eventually, they break free and become embroiled in a great warrior’s bid to restore Princess Yuki to her rightful place as ruler of her kingdom. Like Princess Leia, Yuki is attractive and precocious, bickering frequently with the same people who want to help her, but also desperate to help her people.

Even after the film’s halfway point, the similarities between the wider Star Wars saga are still there if you look closely enough – a decoy who willingly gives her life to save the Princess (as seen in 2002’s Attack Of The Clones), two great warriors lock weapons in a fierce duel (only with spears instead of light sabers), an antagonist with heavy scars on his face who switches sides at the last very last minute (as Darth Vader does at the end of Return Of The Jedi), even a larger-than-life slave owner can be seen as an inspiration for Jabba The Hut. And Kurosawa’s trademark wipe-cuts were lifted wholesale by Lucas, who uses them throughout the film. 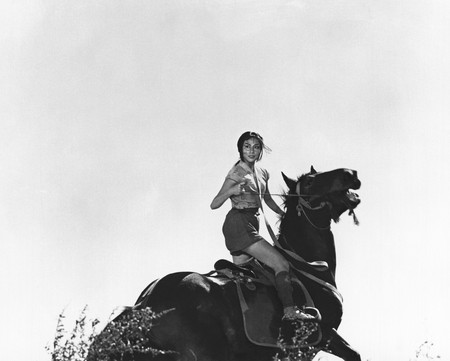 There is a lot that the two films don’t have in common; there is no naive farmboy waiting to become an all-in-black badass, and both Tahei and Mataschichi are greedy cowards more concerned with getting rich than saving the day. Princess Yuki is a far more bolshy presence than Leia; when the aforementioned duo first confront her, she effortlessly beats them off using her trusty bamboo cane.

The influence of The Hidden Fortress is palpable but the Star Wars saga is itself a hodge-podge of ideas and influences from 20th century story-telling. Another major influence was the ‘Hero’s Journey’ template laid down by American scholar Joseph Campbell, which has been used by every notable American action movie from The Terminator to Iron Man.

Even Tolkien’s Lord Of The Rings hangs over Star Wars as an influence; a kindly wizard who dies early on only to be brought back to help finish the job, a super-weapon which must be destroyed so that the world can know peace, a hero who survives physical and emotional trauma before an all-or-nothing confrontation with his dark side during the climax. The history of story-telling is defined by recycling established archetypes and giving them a new paint job. And so it proved with Star Wars.

It’s worth pointing out that while George Lucas is credited as the writer-director of Star Wars, he was by no means the main creative voice that made the movie work and, by extension, turn it into the juggernaut franchise it would become. He had a lot of help along the way, so much so that the phenomenal appeal of the series is, if anything, a happy accident. 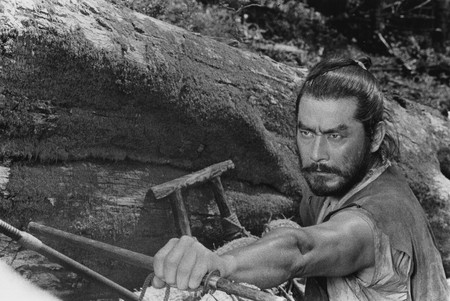 Lucas’s ex-wife Marcia helped tighten the film’s original script and worked hard with editors Richard Chew and Paul Hirsch in the edit suite to turn the movie from an unwieldy mess into a tight, engaging piece of cinema. Screenwriters Willard Huyck and Gloria Katz reworked the dialogue to make it lighter and snappier and didn’t even get a credit.

Like his peers Steven Spielberg and Martin Scorcese, George Lucas worshipped Kurosawa and has been completely open about the debt he owes to the great director. The climactic lightsaber duel in 2015’s The Force Awakens, with its dense forest and falling snow, is so Kurosawa that JJ Abrams was probably taking instructions from the late director’s ghost.

Comparisons aside, The Hidden Fortress is a classic of Japanese cinema and well worth a watch in its own right. But don’t hold out for a robots or glowing swords.