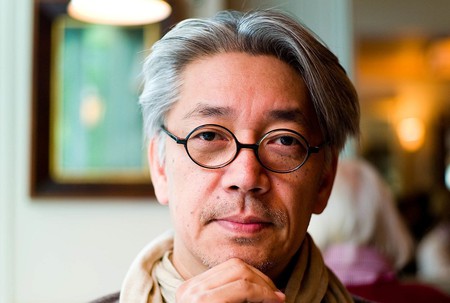 Some of you may be thinking that you’ve never heard the sounds of Ryuichi Sakamoto, let alone heard of him personally. But rest assured that you almost certainly have, and even if you haven’t, his influence has probably touched at least one artist that you love.

An acclaimed composer of film soundtracks and an experimental musician, Sakamoto has an esteemed career spans four decades. At the heart of it is a modest soul whose work has impacted on everything from New Wave to synthpop, hip-hop, electro, alternative, chip tune, video game soundtracks, and, ahem, Eric Clapton.

Sakamoto was born in Tokyo in 1952, while Japan was still coming to terms with the horrific aftermath of the Second World War. Rising from the proverbial ashes, the country embraced a spirit of opportunity and futurism that ensured it would be on the bleeding edge of technology for decades to come. 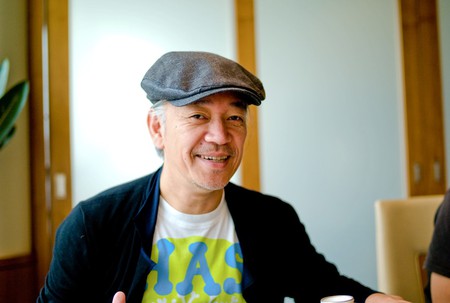 This forward-thinking perspective, combined with an ongoing respect for tradition and a greater sense of cultural openness, meant that the country would foster new creative minds who could absorb Western influences while still retaining a distinctly Japanese mindset. Sakamoto was one of them; a creative whose work would be fresh, dynamic and hugely influential.

In 1970, he entered the Tokyo National University of Fine Arts and Music, studying electronic as well as ethnic music. By then, he was already an accomplished, classically-trained musician. Claude Debussy was a major influence, with Sakamoto going so far as to describe him as his hero. Sakamoto’s immense proficiency, combined with an unquenchable musical curiosity, would soon reap huge dividends.

Following some early collaborations in the mid-1970s, Sakamoto found musical soulmates in the shape of Haroumi Hosono and Yukihiro Takahashi (both session musicians he had worked with previously). The trio would come together to form Yellow Magic Orchestra (YMO) in 1978. Here, they are blowing minds on the landmark US showcase Soul Train in 1980. So out there is their musical approach that legendary host Don Cornelius doesn’t quite know what to make of them in the post-performance interview.

YMO, with its focus on electronica, funk and pop, was a band very much of its time. But like their contemporaries in Kraftwerk, they were also very much ahead of their time (and like the Dusseldorf four-piece, they mixed elements of classical music with pioneering digital recording techniques), wholeheartedly embracing the idea of making sounds that belonged to the future.

Their track Rydeen, taken from the classic 1979 album Solid State Survivor, sounds like it should be soundtracking an as-yet unmade sci-fi action flick or arcade game, even down to the adorable “Pew! Pew!” noises in the breakdown.

Officially, the group never “split up” and have played together in various forms over the years, but by the mid-1980s, each of the three members had embarked on solo careers. Sakamoto was now free to follow his muse wherever it led him. By the time that YMO had parted ways he had already released his first solo album in 1978 with Thousand Knives. The title track, virtually indescribable but hugely listenable, showcases his immense, self-contained talent.

Sakamoto hit the 1980s running with more solo releases that pushed boundaries and utterly disregarded the conventions of genre. By now he had built up quite the fan club among his Western peers, and spent the decade engaged in collaborations with a host of kindred sprits, including members of Talking Heads, David Sylvain, Iggy Pop and Thomas Dolby.

It was during the early 80s that he hit one of the critical and commercial highs of his career, with the soundtrack to the World War Two POW drama Merry Christmas Mr. Lawrence, which he also acted in. The iconic lead track, a bittersweet piano lament which builds to an emotional climax, sounds as affecting now as it did in 1983.

In the latter part of the decade, he once again struck paydirt with the soundtrack to The Last Emperor, collaborating on the piece with David Byrne and Cong Su. The 1990s did not slow down Sakamoto’s creative momentum one bit. He briefly reunited with YMO to make their final studio album to date, Technodon, in 1993, and two years later made one of his finest works, the solo album Smoochy. The record exhibits Sakamoto’s love for easy-listening, hip-hop, Latin and Carribbean music and breakbeats. As with so much of his output, it shouldn’t really work on paper but it somehow does, brilliantly so.

The debt which Western musicians owed Sakamoto was partly repaid when, in 1997, the bleeding-cool record label Ninja Tune (helmed by London hip-hop pioneers Coldcut) released a remix album of songs from Sakamoto’s Discord album. He finished the decade in spectacular style with sold-out performances of his ambitious multi-media opera LIFE, an audio-visual spectacular which included contributions from a once-in-a-lifetime line-up including Bernardo Bertolucci and the Dalai Lama.

Sakamoto’s seemingly-inexhaustible energy has been put to good use in the new millenium. Among his many solo projects, he has provided ringtones for Nokia, toured with a briefly-reformed YMO, embarked on yet more collaborations, released a live album and sat on the jury at the 70th Venice International Film Festival. Indeed, the only time he announced he was taking a break was when he was fighting oropharyngeal cancer in 2014. Happily, he recovered and was soon back at work.

More recently, he provided the score to Oscar-winning movie The Revenant and released a new album, the ambient, reflective async in the spring of this year, to rave reviews. In typical Sakamoto fashion, he combined the album with a short film competition via his official website.