Inside the Secret World of Kyoto’s Oldest Geisha District 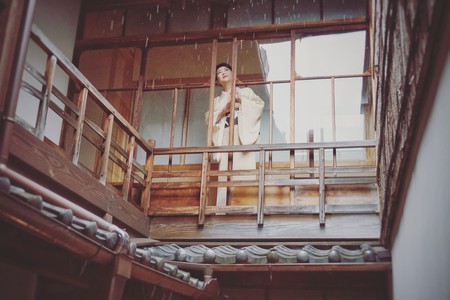 In historic Kyoto, one landmark that is often overlooked is Kamishichiken; Kyoto’s oldest geisha district and a stunningly preserved portion of the city. A world as mysterious as it is traditional, we sat down with Nakaji-san, proprietor of the area’s famous Umeno teahouse, to discuss what life is really like in this illustrious industry.

In kanji, Kamishichiken literally translates to ‘seven upper houses’, the name an ode to the establishment of the district in the Muromachi Period. After the rebuilding of the area’s Kitano Tenmangu Shrine in 1587, during the time of famed samurai and one of the ‘Three Great Unifiers of Japan’, Hideyoshi Toyotomi, workers were rewarded with the building of an adjacent entertainment district. This entertainment district has now grown into the oldest and most traditional of Kyoto’s five geisha districts, known as kagai, and to this day is still home to a number of okiya (lodging houses for geisha) and ochaya (teahouses used for entertainment by geisha). 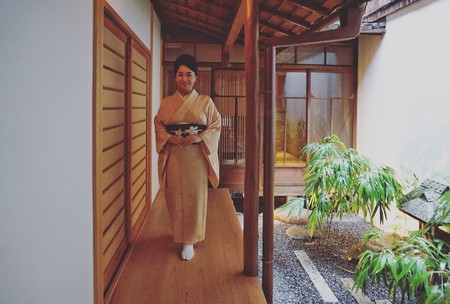 ‘Here in Kyoto geisha are known as geiko. Unlike elsewhere in Japan, we also have maiko, young apprentices who are in their first few years of geiko training’, says Nakaji-san, an elegant, softly spoken woman with an immaculately coiffed updo and a pale yellow summer kimono. ‘My mother was a geiko and is the owner of this okiya, but I didn’t always want to join this world. Something told me that I had to make my own path. I had a normal upbringing; I went to high school, worked in an office, I was happy to have a life outside of this society. It wasn’t until I had grown up and spent my time in the real world that I realised the advantages I had as part of the kagai. As a daughter in this industry we are more appreciated than sons. Okiya pass down through the female bloodline so 15 years ago I decided to move back into our community and learn from my mother the ways of the okiya.’

In the beginning she worked at the okiya every evening after her day job, learning what was expected of her to ultimately take over the running of the business, a role into which she has almost fully transitioned. This involves organising finances, maintaining relationships, training maiko and fixing o-hana (the name given to business meetings and events). ‘The role is tough and steeped in traditions’, Nakaji-san admits. Despite this, she talks with passion. In Japan, a country with high levels of inequality between the sexes in the working world, the geisha industry is one that is dedicated to celebrating women and is so successfully run by them. 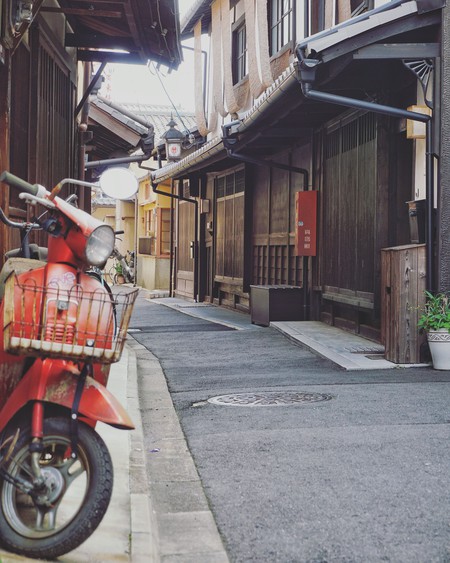 Traditionally, ochaya still work to what is known in Japanese as ichigensan ogotowari, whereby clients can’t just walk in from the street to be entertained by geiko or maiko. Instead, they must be referred by an existing client, building up a rapport with the okaasan (meaning ‘mother’, but which also refers to the owner of an ochaya or okiya). This strict code of conduct could arguably have contributed to the decline in the industry.

‘I remember when I was a child, staying up folding origami until 4am awaiting my mother’s return from an evening of o-hana. The business was booming’, Nakaji-san recounts. ‘I’d love to get back to that level of popularity. It’s no secret that our industry has decreased in recent years but we are conflicted when we can’t just invite people in, there are rules we must adhere to. Although the population of tourists is ever increasing in Kyoto, we can’t accept visitors with no prior relationship.’ The teahouse works with a geiko experience liaison consultant and expert, Vince Ng, to introduce the geiko of Kamishichiken to tourists wishing to experience it. ‘We need more people like Vince, who we can trust and who know how our world works.’ 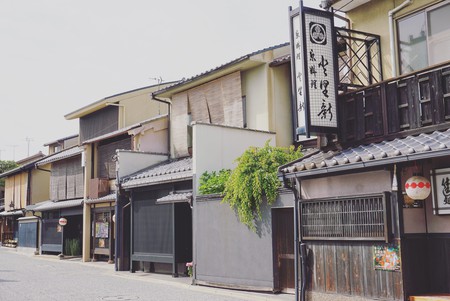 Geisha and geiko culture has inspired many stories and is still sometimes misunderstood. Ng, whose Mosaic Machiya guesthouse is next door to Umeno Okiya, says that ‘occasionally foreigners mistake geiko for “lounge ladies” or prostitutes’, but explains that this is a misconception. ‘Confusion first arose years ago when another group of women working in the red light district known as oiran, who also painted their faces white, were mistaken for geiko by inexperienced foreigners, such as post-war American GI’s, giving rise to false rumours and stereotypes that are hard to shift even now. Hollywood has also helped at promoting the geisha culture to the world but at the same time, upheld these stereotypes.’

Kamishichiken, although the oldest of Kyoto’s kagai, is one of the smallest. ‘We have only eight maiko and 20 geiko living and working within nine ochaya and five okiya’, Nakaji-san explains. While the essence of the community and the traditions have remained the same, some modernization inevitably has had to happen to keep up with the times, most notably in the use of social media as a way to promote business and attract the next generation of maiko. ‘Traditionally, parents wanted their children to become maiko, taking them out of school and introducing them to okiya when they were as young as 13. Now it’s different. Legally we can’t accept girls that young and parents don’t want to push their children away from home. Girls are choosing this path for themselves, researching kagai and our okiya online and applying directly to us.’ 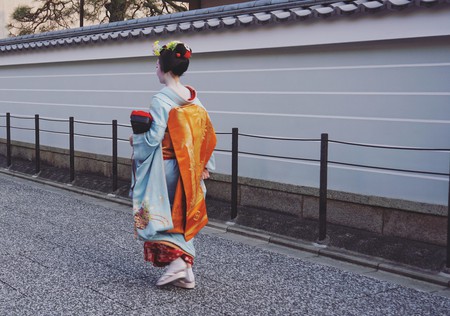 This career choice is not for the faint of heart. If accepted they must embark upon years of training with limited modern luxuries, no mobile phones, television or free time with friends and family but for two or three times a year on special holidays. Each year, Kamishichiken receives around 20 applications from young girls across Japan, only 10% of those are local Kyotoites. Once accepted the girls become shikomi. During this six-month stage these aspiring geiko learn by assisting the inhabitants of their okiya. ‘Geiko are living works of art who sell their expertise. Many people don’t realise the enormous amount of time and effort that goes into their practice. There are no set skills that a maiko has to learn, instead she must continually better herself in an array of art forms.’ To do so, the shikomi attend classes everyday at a local geiko school where they study dance, music and tea ceremony, soaking in the tradition, etiquette and language of their particular kagai. ‘After six months of attending classes everyday, shikomi will debut as maiko in a ceremony called omisedashe, when they will enter into an official six-year contract with our okiya, living and working for the house.’ 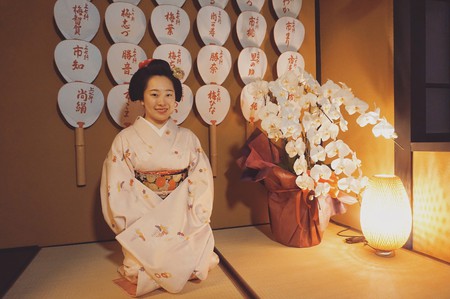 A maiko’s look is often the one envisaged when imagining modern-day geisha. The elaborate and brightly-coloured kimono, faces covered in white makeup with lips painted in deep red (the bottom during her first year as a maiko, both during her second year and beyond), and hair elaborately styled and decorated with silk flowers known as hana kanzashi. The transition to geiko, only made by around 50% of girls who initially start the journey as shikomi, is called erikae, or ‘change of collar’. The bright red collar of the maiko, a colour symbolising children in Japan, is replaced with a pure white one. Kimono become less elaborate too, accessories and hairstyle becomes simpler, all signifying the maturation from a young maiko into the more sophisticated geiko. ‘The essence of being a maiko is determined by many variables, her ‘cuteness’ being an important factor’, says Nakaji-san. ‘Ultimately the timing of erikae depends on each maiko and is decided upon by myself and my mother. There’s no set graduation age, but often takes place around the age of 20 as the sweet and innocent nature gives way to womanhood. There’s also no age of retirement, however if a geiko chooses to marry, she must leave this world and her title of geiko behind.’

How such an old tradition can thrive in this modern day is testament to the time, effort and work ethic it takes in preserving the past and continuing such a prestigious legacy. While the community is closely guarded and sometimes misunderstood, the heritage and hospitality shown to guests at the Umeno teahouse truly embodies the spirit of Japan, one that Nakaji-san hopes will be extended for years to come to those not fortunate enough to have yet experienced it.