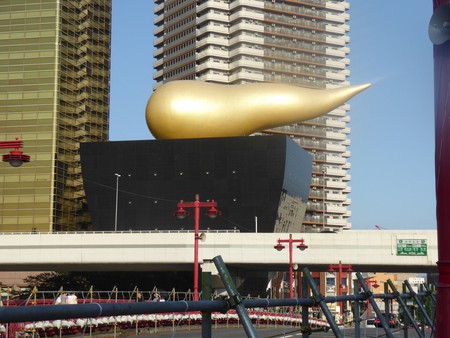 Anyone who has ever been to Japan will attest to the nation’s impeccable bathroom culture. Spotless public facilities and toilets with more functions than your iPhone and computer combined, this nation sure loves going to the bathroom.
Beyond the practicalities of it however, there’s a lot more to the nation’s love of the toilet than just the fanciest technology. In fact toilets are present in many aspects of Japanese culture, from language learning to good luck. Here’s a little insight into some more interesting aspects of this poop-loving country.

Learning kanji is hard for any level of Japanese speaker, let alone little kids. To try and alleviate the monotony of studying over 1,000 kanji characters for hours, Japan has come up with the ultimate kid friendly teacher, Professor Poo. This bespeckled, moustache wearing emoji style poop has been such a hit that his books have sold over 1.83 million copies so far.

As the Japanese curriculum goes, children are supposed to be able to read and write 1,006 kanji by the time they graduate from primary school education and an additional 1,130 characters by the time they are 15. In these text books every sentence that includes the word poop. Silly, fun, and of course educational, it’s no wonder Japanese kids are some of the most literate in the world.

Japan has a god for pretty much everything, and of course, the toilet is no exception. Maybe the ominous presence of a god is the reason why Japanese toilets are so remarkably clean. In more traditional times, Japanese farms would often collect human waste to use as fertilizer. From this daily occurrence came the local belief in the toilet god also known as kawaya kami who actually had another godly role beyond poop.

Because of its agriculturally life-giving properties, kawaya kami also played a big role in promoting fertility. Every new year saw rituals performed asking the kawaya kami for help in producing a good harvest in the next year. This ritual saw families eat mouthfuls of rice, which symbolized something great the god had left behind. Also often a officially appointed toilet would be carefully decorated and kept as clean as possible, as this god was a much revered character.

There are many more spirits that lurk in Japanese bathroom stalls beyond the friendly toilet god. There’s Akaname (a name which literally translates to “filth-licker”) who is a goblin like creature that feeds off filth, licking it all up with his long flickering tongue. If you ever hear a disembodied voice asking you if you’d like a ‘Red Mantle’ don’t say ‘yes’ because Aka-Manto the strangely handsome, but violent toilet ghost will rip the skin from your back.

But the most famous has to be Toire no Hanako-san (Toilet Hanako). The most terrifying of all the toilet ghosts, the legend of Hanako varies. Some say she died after being bullied and locked in a school toilet by fellow students or her parents (depending on the story), while others say she is the ghost of a child killed during a bomb raid in WWII. For those feeling brave enough they say you can summon Hanako by knocking on the third stall of a toilet three times, and asking, “Are you there Hanako-san?”

Kin no unko or “golden poo”

On a more cheerful note, Japan also has a “good luck” poop known as kin no unko. This much loved little poop became a local icon simply because its ‘un’ sound at the beginning matches the ‘un’ sound of the Japanese word for good luck. More contemporary than most other luck symbols in Japan, this little golden trinket became so popular that in 2006, around 2.7 million mobile phone charms resembling the poop had been sold.

Some argue, with quite believable reasoning that this is where the ubiquitous, yet enigmatic smiling poop emoji came from. If you ever make it to the Sumida River in Sumida, that runs through Tokyo, keep an eye out for the Asahi Beer Hall because atop of it sits a flame ornament (which looks a lot like a poop) called kin no unko named after the symbol’s visual similarity.