Why Tokyo’s Ebisu Neighbourhood Would Be Nothing Without Beer 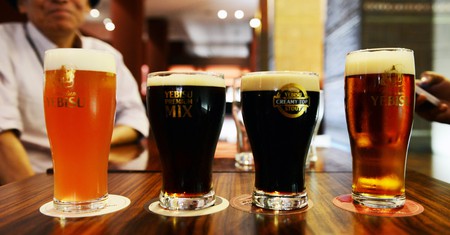 Drink up the history of Yebisu beer in Ebisu – the Tokyo neighbourhood with which it shares a name.

Japan has many excellent homegrown beers, and Yebisu beer, which is known for its full, robust flavour, has a reputation as one of the country’s classiest brands. Visitors to the neighbourhood of Ebisu and drinkers of Yebisu beer alike are often surprised to learn that the area was named after the drink, and not the other way round. Discover more about the history of the area, and the hotspots to visit today – including many a bar and drinking den – with the following guide.

In traditional Japanese mythology, Yebisu is one of the seven gods of luck and the patron of fishers and tradespeople. Often shown carrying a fish, Ebisu is depicted as a jolly, portly man, and is known as “the laughing god”. 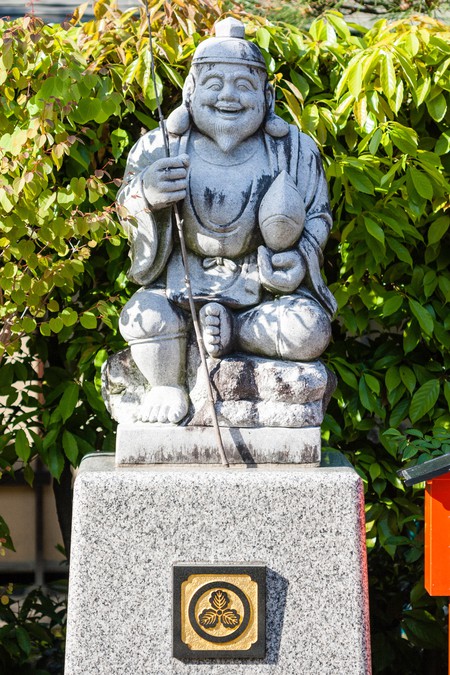 Statue of the Japanese God, Ebisu, aka Webisu, Hiruko god of fishermen and luck. One of the seven gods of good fortune. | © Malcolm Fairman / Alamy Stock Photo

The Japan Beer Brewing Company established a brewery in Tokyo’s Shibuya district in 1870, on what was then an expanse of farmland and forested hills. In 1890, the company decided to name a beer after Yebisu – perhaps it was the god’s cheerful appearance that inspired the choice. Thanks to the brewery, an influx of workers came to the area and a community began to grow. The factory’s freight station was named Yebisu like the beer it transported, and soon the expanding settlement came to be known as Yebisu, too. 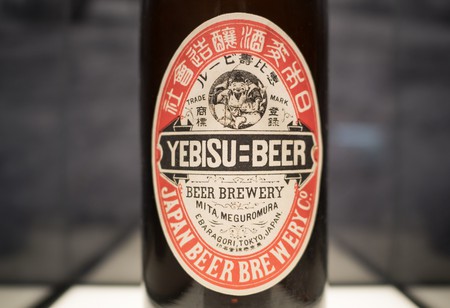 The town and the beer are spelled differently

The pronunciation of Yebisu and Ebisu is the same in Japanese, but the “ye” character is now out of use. And though modern-day Ebisu changed its stylisation with the times, Yebisu beer maintains the old-fashioned spelling, giving the beer a historic feel to Japanese speakers and contributing to its classy image. The area saw massive urban development in the 1980s and 1990s, including the construction of stylish shopping and cultural centre Yebisu Garden Place, and today Ebisu is known as a chic, upmarket neighbourhood. 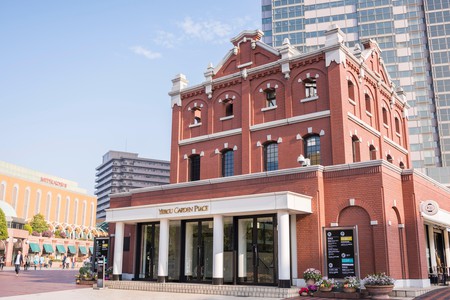 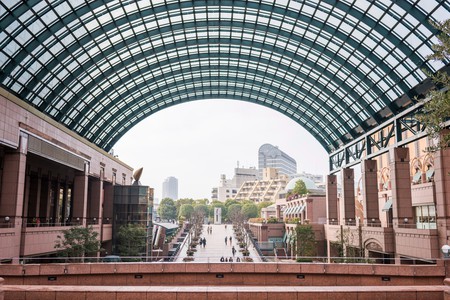 Learn more at the Museum of Yebisu Beer

Beer enthusiasts and history buffs alike will find the Museum of Yebisu Beer a pleasant way to spend a couple of hours. The museum is located in Yebisu Garden Place, five minutes’ walk from Ebisu station. The designers of the museum have made the most of the beer’s theological roots, with cheerful images of the god Yebisu taking centre stage, and an expansive, almost magisterial layout complete with plush carpets and high ceilings.

The museum is built on the site of the old brewery and there are touches to remind you of its historic origins, the most conspicuous being the huge copper brewing pot that was used at the brewery until 1987. There are many interesting exhibits to check out, and great places to snap a selfie, like the sculpture at the entrance where many Yebisu beer cans have been put together to make a giant structure.

General entry to the museum is free, but for 500 yen (£3.40) visitors can attend a 40-minute guided tour. Japanese is the only language currently offered, but non-speakers of the language may also find the tour worthwhile, particularly as it comes with a beer tasting on the museum’s communication stage. Those who would rather skip the tour can still learn about the history of Yebisu beer in the gallery, where descriptions are informative and fully bilingual.

One of the highlights of the experience is the opportunity to try Yebisu beer at the museum’s tasting salon. Bring cash, as you’ll need to exchange your money for Yebisu coins at the vending machine in order to purchase a pint. As well as the time-honoured regular Yebisu, you can try varieties of the beer that aren’t available elsewhere, such as Earl Grey and orange flavours. For 800 yen (£5.40) you can get three kinds of beer in a tasting set, complete with snacks. 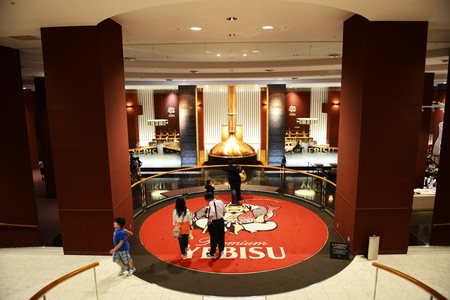 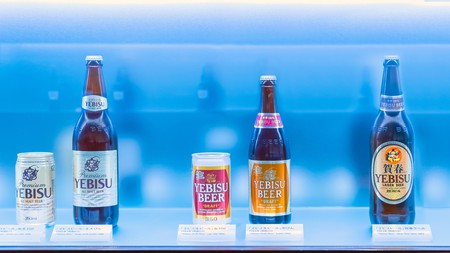 Check out the neighbourhood’s bars and pubs

Ebisu may be an affluent neighbourhood, but it maintains its laid-back and welcoming feel. It seems fitting, then, that its origins are tied up with a smiling folk god and one of Japan’s most popular beers. After learning about Ebisu’s story at the Museum of Yebisu Beer, why not head to the neighbourhood’s many bars and izakaya to take your investigations of Japanese beer to the next level? Ebisu Yokocho, a covered food alley packed with independent restaurants and bars, is a great place to start, and the retro feel will take you right back to Ebisu’s origins.