How to Visit a Shinto Shrine in Japan 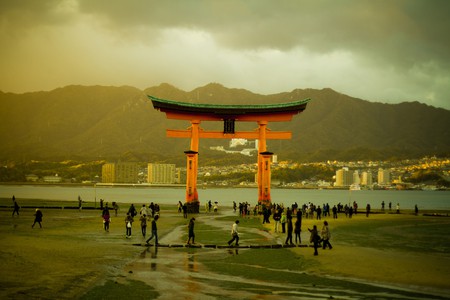 If you make it to Japan, chances are one of the “must-do” experiences you’ll have on your list is to visit a traditional Shinto shrine, and so it should be. Shinto shrines an integral part of both modern and traditional Japanese life. For foreigners visiting a shrine, it can seem like a minefield of social and religious faux-pas, but don’t sweat it, the whole process is pretty straightforward if you just follow a few simple steps.

To begin: Shrines and temples, what’s the difference?

When in Japan, you’ll come across two main places of worship: Shinto shrines and Buddhist temples, if you don’t know the difference, don’t fret because even with locals there can be some confusion. Basically, years and years ago Shinto and Buddhism were connected, and the places of worship were often interchangeable; in fact, Shinto gods were considered manifestations of Buddhas. Following the Meiji Restoration (from 1603 to 1867), the religions were separated, as were their spiritual homes. The most obvious identifier of a Shinto shrine is its more minimal “torii” gate, which is much thinner and smaller than the Buddhist temple’s “sanmon” entrance gate. 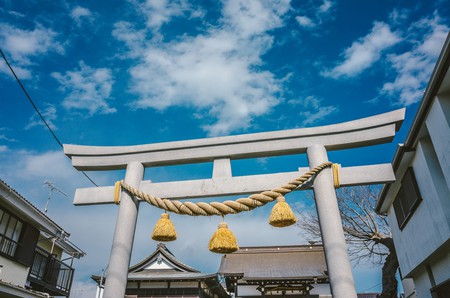 People make their way to different shrines for very different and personal reasons. However, if you were to make a generalization, the three main reasons today are to sightsee, to study the religious history of Japan, and to pray for good health and fortune (within many facets of life). The most popular time to visit a shrine is during the New Year, as the clock strikes midnight waves of visitors make their pilgrimage to the spiritual epicenters to pray for a healthy forthcoming year. 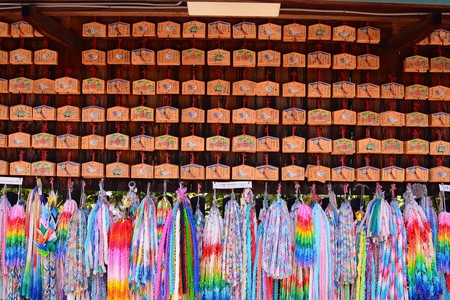 When not to visit a shrine

Though there’s no hard and fast rule on when you cannot visit a shrine, though tradition suggests that you shouldn’t visit if you’re sick, are in mourning, or have an open wound because they’re signs of impurity. However, like many other aspects of traditional Japanese life, they’ve changed with the times so if you are under any of the dealing with any of the aforementioned conditions and are visiting as a guest, it will be ok.

As you approach the shrine you’ll get to the Torii gate, which is the entrance to the spiritual grounds. To pay your respects, bow at the gate before you enter underneath. As you do walk through the gates, be sure to not walk through the direct centre of the gate, as the main approach to the main shrine is called Sei-chu and is considered the passageway for the gods, so to be respectful to enter and approach the main shrine from the side. 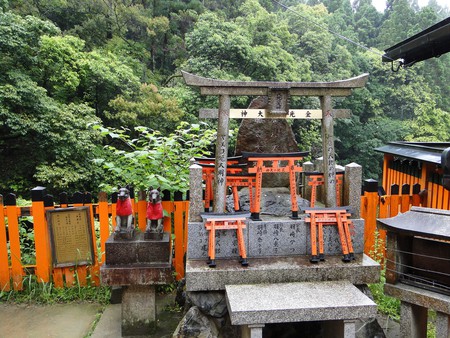 Before you get to the main shrine, you’ll come across a large communal water pavilion known as a temizuya – this is where you purify your body and mind (a ritual known as misogi) before coming face to face with the deity. To purify yourself, pick up one of the ladles resting on the temizuya, fill it with water using your right hand, and pour that water over your left hand, then repeat the process with your left hand. Finally, this last step is a little more optional, but you should rinse your mouth with the water, too. To rinse your mouth, fill your left hand with some water and use it to rinse your mouth, but don’t let the ladle touch your lips and don’t swallow the water. 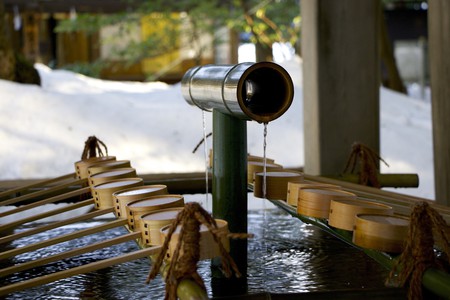 At the offering hall

Once you get to the main hall, this is where you pay your respects and make a prayer. Throw a coin into the saisenbako box in front of you; this coin is an offering to the deity, it’s best to do it quietly and humbly to avoid drawing negative attention. If there’s a bell or gong, ring it to tell the deity of your presence; sometimes there isn’t a bell or gong, so you may skip this step. Then clap your hands twice and bow; this is a sign of happiness and appreciation for coming close to the deity. Then say your prayer, clap twice again, bow once more and that’s it. Near the shrine, there will often be a small store selling Omamori, which is an amulet or lucky charm; many of them have different purposes (for example, good luck in an exam or good health), and the potency of the charm is said to last one year, so if you’re feeling like you’re after some luck, this is where you can one-up as you leave. 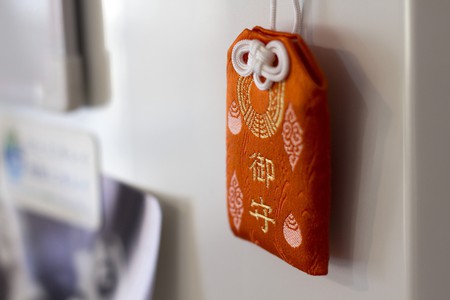