How to Survive the MRT in Tokyo 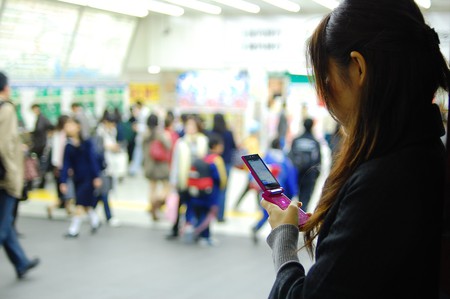 Tokyo’s MRT system is one of the best in the world, but is also one of the busiest. To ensure you don’t get lost in the city’s labyrinthine underground, here is your guide to surviving the MRT in Tokyo.

The Pasmo card should be the first thing you purchase in Japan. Even for a short stay, its usefulness is indisputable. Not only can you breeze through the turnstiles at metro stations, this smart card calculates the fee for you automatically so you don’t have to figure it out at the kiosk – which, if you get it wrong, holds you up at the other end when you have to cough up the remaining yen in change at the booth. They are also accepted at certain stores, just look for the Pasmo tap machine. 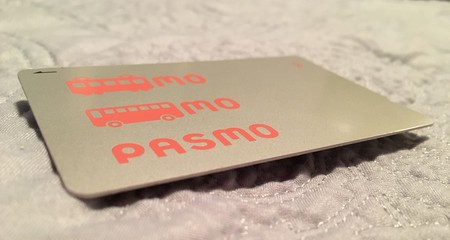 If you have to buy a ticket or decide not to use Pasmo, the ticket machines in Tokyo have an option to display in English. Find your destination on the map above the machine. The fee to get there, which is relative to the current departure point, is printed underneath. Trains that are going out of the city only depart from major stations. These trains, including Shinkansen and Narita Express, sell tickets at the departure station from kiosks and/or manned ticket booths. 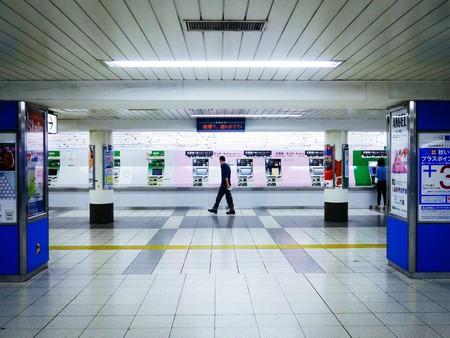 Just because you’re at the right station, on the correct line, or even on the right platform doesn’t always mean you’ll end up at your destination. Limited express trains might skip right over your stop, or alternatively, you could save time by taking the rapid train. Be sure to read the signs on the train and platforms carefully, and if you’re not sure, just wait for the local train, which stops at every station along the route. At large stations, these different train types will arrive and depart from separate platforms. 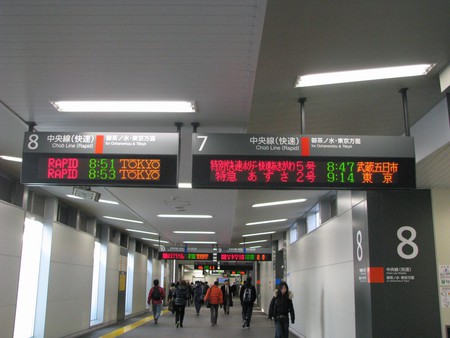 The Tokyo Metro experiences three major rush hours every workday. The first and busiest is in the morning, when everyone is trying to get to work or school. The women-only car is enforced at this time, so be sure not to hop onto the girls’ car if you’re a man. The second is in the evening, when most people are getting off work. At that time, it’s more staggered and less busy, as many people choose to run errands or work overtime instead of queuing for the train. The last rush hour is during the final trains of the day, when people don’t want to get stuck in the city until the stations open again at 5AM.

The Tokyo Metro is very famous for its crowded trains, and every once in a while a viral video pops up, planting seeds of fear in travelers’ hearts. The trains are quite pleasant most of the time, but if you do have to ride during rush hour it can be uncomfortable to say the least. At those times, it’s easier to wedge onto the crowded train backwards, and station attendants may help to push so that the doors can close.

Hold your bag tightly in front of you, and don’t try to play with your phone since it might get knocked away from your hand. If you’re near the door, you’ll have to get off at each stop to let others off. When you yourself need to disembark and are struggling to wriggle out, audibly and politely say sumimasen to let the other passengers know you’d like to pass. Most importantly, try not to get frustrated or upset. Everyone is in the same boat, and getting angry won’t solve anything. 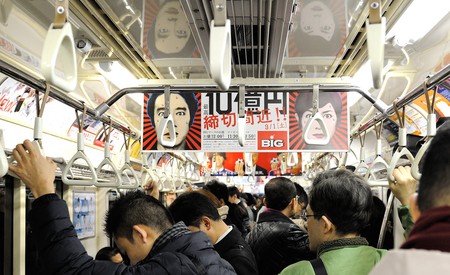 When the trains aren’t crowded, passengers can relax, play with their phones, read a book or listen to music quietly. Talking on the phone or having loud conversations with your neighbor are discouraged. Eating or drinking are not permitted on the trains. It’s important to yield your seat to those who need it more than you, including families with young children and the elderly, though the latter are often so healthy and robust they’ll politely decline your offer. Remember that Japanese women like to stay in shape even during pregnancy, and they can be hard to spot. Look for the pink tags provided by the Tokyo Metro, and give up your seat if they need it. 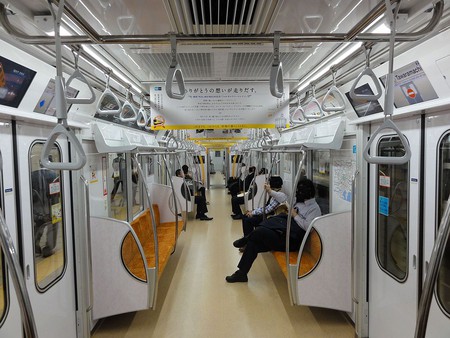 An uncrowded Tokyo Metro car | © Rsa / WikiCommons
Give us feedback