How To Spend 48 Hours in Nara 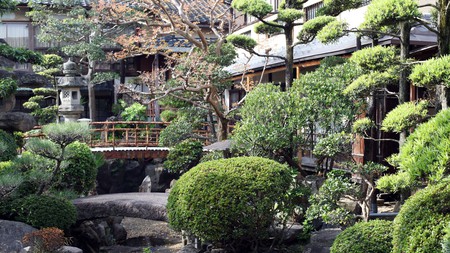 The often-overlooked city of Nara was once the ancient capital of Japan. Close to tourist hubs such as Kyoto and Osaka, it’s the perfect place for a weekend trip, which will afford you just enough time to see the major attractions and soak up the chilled-out vibe and tradition of the city.

With its pretty green spaces, famous deer and impressive temples, it’s difficult not to be enchanted by Nara. But there’s much more to the city than its public park – here’s how to make the most of two days in this ancient capital.

Start your day with a quick breakfast at Vie de France, a bakery located inside the mall that surrounds JR Nara Station – ideal if you’ve just arrived in the city and an excellent starting point for a day of exploration. Inside, you’ll find both traditional French baked breakfast items and those with a Japanese twist on display. The crisp, buttery croissants are a tempting choice, as are the Belgian waffles, or you could try a melonpan (sweet bun) for something Japanese. For those who prefer a bit of spice in the morning, a kare pan (curry bread) will hit the spot, and the rye-flour walnut bread is also highly recommended.

The Nara National Museum sits at the edge of Nara Kōen (Nara Park), just a short walk away from the central train station. Inside, treasures range from paintings and sculptures to ancient scrolls and religious artefacts. Buddhist sculptures in the permanent collection are mainly from the Asuka period (538-710) to the Kamakura period (1185-1333), and the Nara Buddhist Sculpture Hall and Ritual Bronzes Gallery are two of the best places in the country to see Buddhist artwork, particularly pieces relating to the ancient history of Japan’s capital from years gone past. General admission to the museum is ¥520 (£3.65) for adults (not including the special exhibitions), and it’s open from Tuesday to Sunday from 9.30am to 5pm.

Before lunch, make time to visit Kōfuku-ji – a temple that’s a short walk from the Nara National Museum – to witness its five-storied pagoda, which is the second-tallest wooden pagoda in Japan. Kōfuku-ji is one of the Seven Great Temples within the city and was moved to its current location in AD 710. Despite its height, the pagoda (which is called Gojū-no-tō) looks squat thanks to its wide, curving roofs. Next to it is Tō-kondō, the East Golden Hall, which has striking dark wooden pillars and brilliant white walls. It only takes a moment to step into the hall, but wait until your eyes have adjusted to the gloom to appreciate the intricate artwork and carvings on display.

If you’ve been eating a lot of Japanese food on your trip and are craving something different, consider heading to Sakura Burger, one of the most popular restaurants in Nara. This funky burger bar has an impressive number of burgers on offer, as well as hotdogs, hot sandwiches, french fries and more to feed your junk-food craving. Burgers start from ¥980 (£6.85), and you can even build your own with an extensive menu of extra toppings, including avocado, a fried egg, fried onions and bacon. 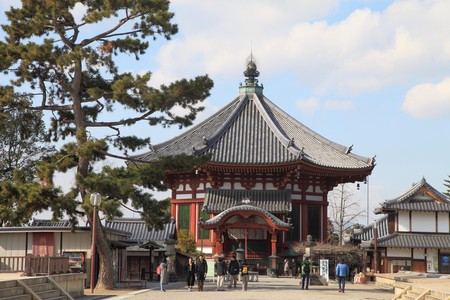 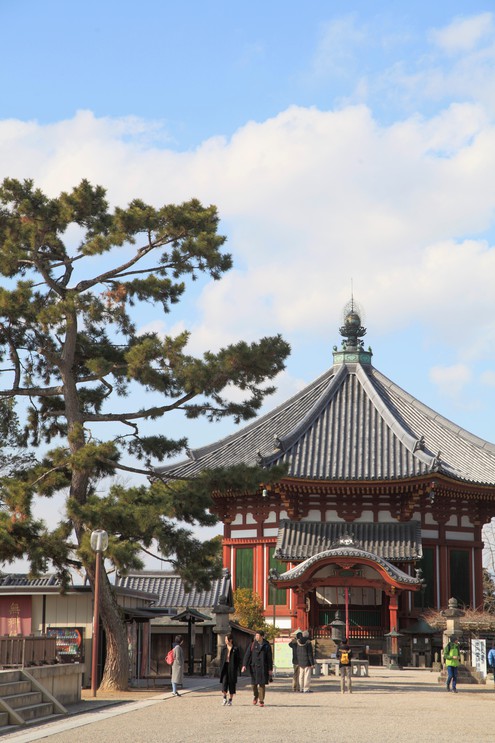 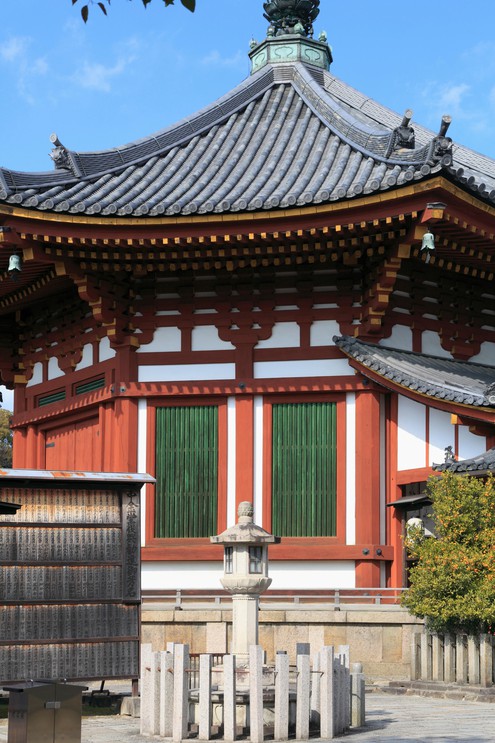 After lunch, enjoy the cultivated outdoor space and tranquil prettiness of Yoshikien Garden, which opened to the public in 1989. The garden features different areas, each of which is carefully manicured. While visitors usually flock to the larger Isuien Garden, which has an entry fee, this small garden is well worth a visit for its understated charm.

If you have spare time in the afternoon, pop into the Naramachi Shiryokan Museum, which is a 20-minute walk from either of the gardens. The route there is reason enough to visit, as it takes you along the edge of Nara Park and through picturesque backstreets. This private museum has been around since the mid-1980s and could easily be described as a junk shop by some and as a treasure trove by others. Most of the exhibits have no description or only a brief one in Japanese, so for foreign tourists, it can be hard to learn what things are or what their story is. Nevertheless, there are beautiful items on display.

Head to Surugamachi Okonomiyaki for a taste of okonomiyaki, or Japanese pizza. Translated as as ‘whatever you like… fried’, okonomiyaki is a hearty, savoury pancake in which batter is poured over shredded cabbage, and sometimes noodles. The pile forms a pizza-shaped base that is then loaded with whichever toppings you choose – egg, fish, cheese, vegetables, pork belly and more. Topped with lashings of mayonnaise and special okonomiyaki sauce (similar to worcestershire sauce), this is a hearty meal that varies by region but is usually customisable to your tastes. As it’s a short stroll from JR Nara Station, it’s a great stop off on your way home for the evening.

Make your visit to Nara extra special by choosing to stay in a ryokan – a traditional Japanese inn. Guesthouse Naramachi is housed in a building that’s over 100 years old. Its history in local theatre (it was long used as a space for performances) and the fact that it was once home to a local calligrapher make it a distinctive and memorable place to stay. The rooms are traditionally Japanese, with sliding doors, tatami mats and futons or bunk beds. The cosy living area is a fun place to gather with other travellers and listen to music (or play the guitar), and you can make use of the kitchenette for light meals. It’s a short walk from JR Nara Station or just 10 minutes from the park, and you can rent bicycles or join in with local cultural experiences as recommended by the friendly owners. 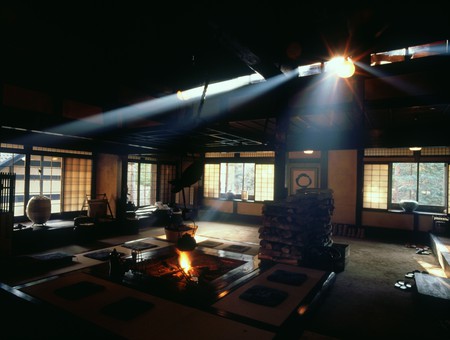 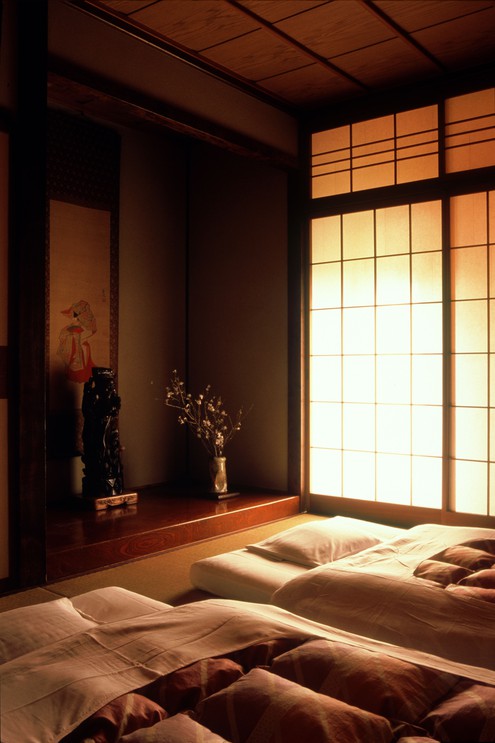 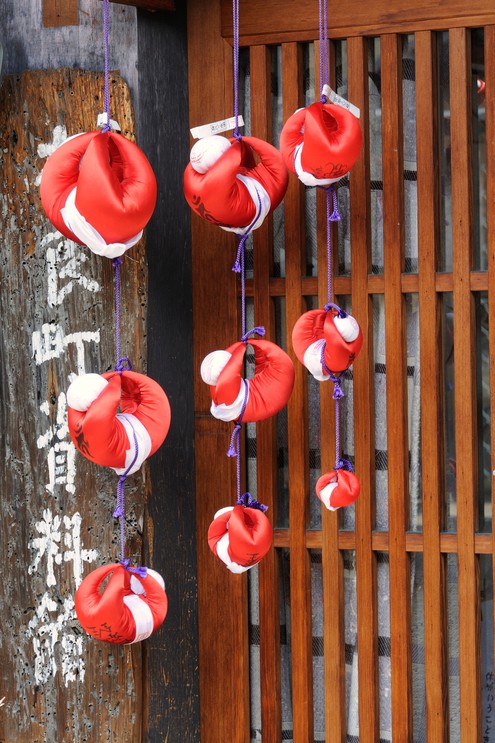 Start your second day in Nara with an early breakfast at Shika no Fune, which is just a short walk from Guesthouse Naramachi. It serves breakfast from 8am to 11am and has a chilled-out, Scandi vibe with a white interior decorated with light-wood accents. Traditional Japanese breakfasts on offer include the Kamagano breakfast (¥600 or £4.20), which comes with miso soup, pickles, a raw egg (to mix into your rice) and an extra dish, or there’s the more substantial Yamato breakfast (¥1,100 or £7.70) of potatoes, fried aubergine, konnyaku (similar to a savoury jelly), a rice cake, rice, miso soup and pickles. The rice at Shika no Fune is all freshly cooked over a fire oven, giving it a unique, smoky taste.

After breakfast, visit Nara Kōen – the huge public park that dominates the city – and enjoy the dappled morning light as it filters through the trees. The official size of the park is 502 hectares (1,240 acres), but if you include all the temple grounds, it’s closer to 660 hectares (1,631 acres). Aside from the tranquillity, another reason to visit early is the deer; while they’re around all day long, they are best seen in the morning before they tire from endless tourists and snacks.

Another highlight of the park is the Mount Kasuga Primeval Forest. Closed off and untouched since AD 841, the forest is a sanctuary for protected species and is considered a sacred place. While entry to the forest is forbidden, you can stand on the brink and gaze into the gloom to catch a glimpse of this ethereal place. While you’re on this side of the park, head to Kasuga Taisha by following a path lined with 2,000 stone lanterns. There are dozens of shrines around Nara, but this one is among the most incredible. 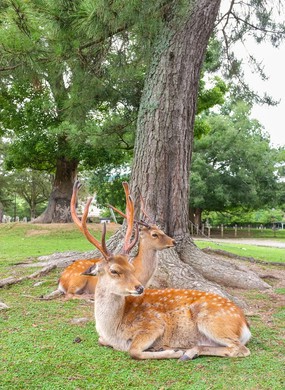 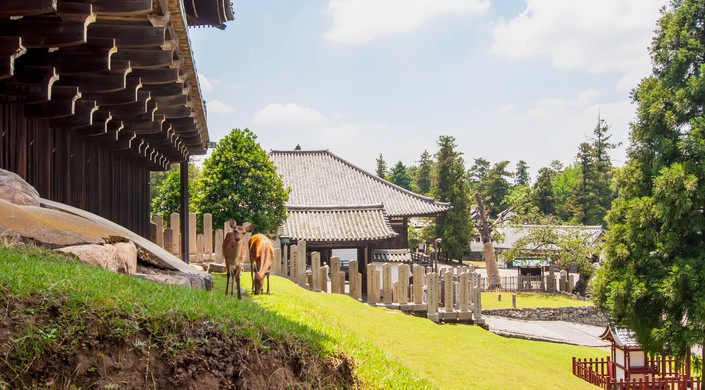 Nara Kōen is large, and it will take you at least 30 minutes to walk from Kasuga Taisha back to the bustling restaurant area around the Kintetsu Nara Station. There are a few shops and restaurants in the park itself, but these are often busy and expensive. If it’s a lovely day, buy something before you enter the park and enjoy a meal al fresco – but conceal it from any ravenous deer. A local delicacy to Nara is kakinoha-zushi, vinegary sushi wrapped in a persimmon leaf (which you don’t eat – unwrap from the leaf to enjoy the unique flavour). Before leaving the city centre in the morning, visit the Sanjo store of local persimmon sushi specialist Izasa, or buy the speciality from a stall in JR Nara Station.

Continue your journey through Nara Kōen to reach Tōdai-ji, one of the biggest wooden buildings in the world. Amazingly, it’s only two-thirds of the size it once was, having been rebuilt most recently in the 1700s. Ensconced within the temple’s current wooden walls is the Daibutsu, the world’s biggest bronze statue of the Buddha Vairocana – a celestial Buddha often interpreted as the dharmakāya of the historical Gautama Buddha. There’s also a pillar with a hole in its base that always attracts a crowd. The hole is the same size as the Buddha’s nostril, and it’s said that anyone who can squeeze through it will be granted enlightenment in their next life.

Evening: Spend your final hours in Nara in style

End your Nara trip in luxury at the popular Kichiza Den-emon for intricately presented Japanese fine dining in a relaxed atmosphere. Go for the restaurant’s kaiseki option, a traditional multi-course dinner that includes various dishes. While it might not be the cheapest choice, you can expect the best food in the restaurant and you’re guaranteed to leave satisfied. The restaurant is small, and you can either sit at the bar and watch the chefs at work or at one of the dimly lit tables with garden views. Look out for seasonal dishes as well as local specialities on the menu. 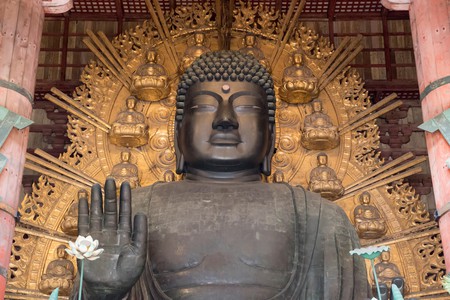 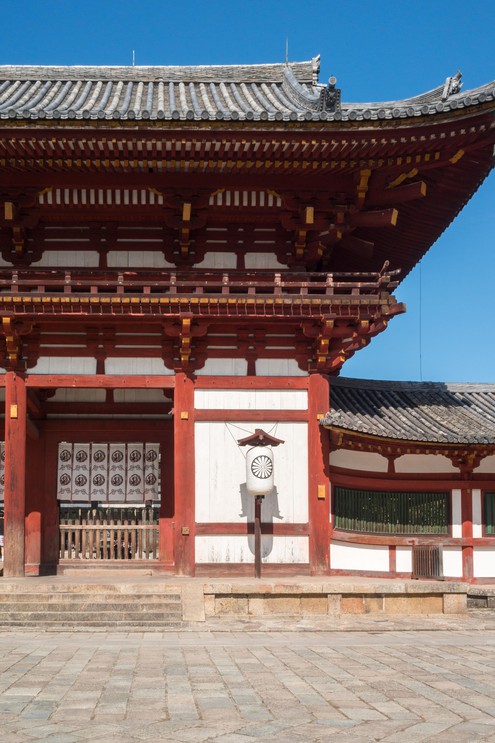 This article is an updated version of a story originally created by Judith LaFaver.