How to Spend 24 Hours in Roppongi, Tokyo 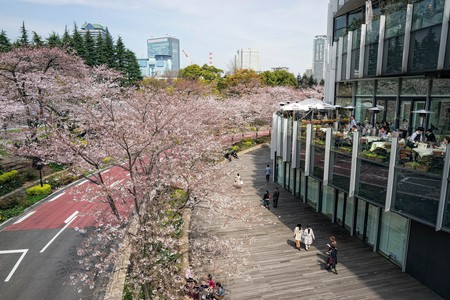 Renowned post-WWII as an entertainment and nightlife district, Roppongi has undergone a dramatic image overhaul in the last 20 years, becoming a hub for Tokyo’s elite, five-star hotels and fine-dining establishments. For a day of sophistication filled with art, shopping and culinary flair (without forgetting Roppongi’s underbelly roots), check out Culture Trip’s 24-hour guide to the neighbourhood.

Start your day with a cultural binge. Roppongi’s three main art facilities – collectively known as Roppongi’s Art Triangle – all offer entrance fee discounts if you show your ticket stub from one of the others upon entry. The Mori Art Museum displays big names in modern art and architecture, while The National Art Center, Tokyo is one of Japan’s largest art venues and presents large-scale and immersive exhibits. The Suntory Museum of Art specialises in Japanese art, offering regular tea ceremony events. Another art highlight includes the brainchild of designer Issey Miyaki and architect Tadao Ando, the design museum 21_21 Design Sight. If you’re after something less touristy, Roppongi also boasts dozens of small art galleries dotted around the area along with a variety of public art. 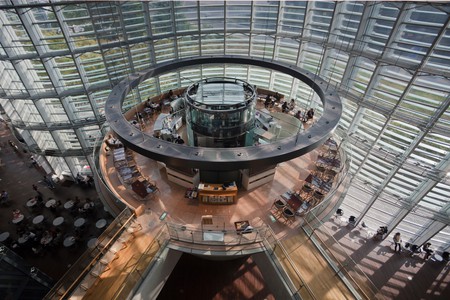 Grab a bite at the movies

Roppongi’s food scene has everything from typical Japanese ‘salaryman’ fare of simple donburi rice dishes to Michelin-star restaurants that require reservations months in advance. For reasonably priced Japanese food, head to Gonpachi, the restaurant that inspired Quentin Tarantino’s famous Kill Bill Vol. 1 scene, where Uma Thurman slices up The Crazy 88. For a less obvious movie connection try Mifune, a small joint in traditional Japanese style, which takes its name from actor Toshiro Mifune, who appeared in over 150 Japanese movies. Movie buffs may recognise him from Akira Kurosawa’s Seven Samurai, Yojimbo, and Rashomon, among many others. The lunch sets are great value for money, offering classic Japanese home-cooked meals in a cosy environment. Take a seat at the counter to watch the staff do their thing in the kitchen – and remember to take your shoes off before entering.

Boutique shopping and a park stroll

Roppongi is a shopper’s paradise. With two mega-complexes that are essentially mini-cities of their own, you are spoiled for choice. Roppongi Hills, which is mostly known for the Mori Art Museum, also boasts a cinema, an art gallery, a hotel, an observatory and many luxury stores of both Japanese and international brands. You can also get a great view of Tokyo Tower and an epic panorama of the city in all its splendour. Tokyo Midtown, the other shopping giant, features several stores that offer Japanese craftsmanship – from interior design to furniture – as well as fashion boutiques and concept stores. If you’d rather get some fresh air, both Roppongi Hills and Tokyo Midtown have spacious green areas where you can take a break from the hustle. 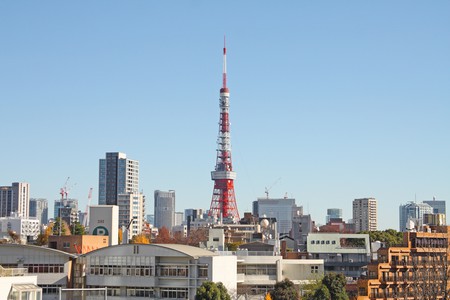 There are countless nighttime dining options in Roppongi. Name a style and a price and there will be a place to match it. If you’re heading out for the first time though, BeerBar Fujizakura is a great place to start for pre-dinner drinks. It offers a selection of its own Japanese-made craft beers as well as several guest beers and has an extensive appetiser menu. R2 Supper Club serves amazing cocktails in a cosy setting, with funky jazz fusion playing in the background. For dinner, the ultimate culinary adventure awaits at Sugalabo – but only for those who know the secret reservation number. For a taste of Japanese fine dining without the hassle, try Ajiman for succulent fugu (poisonous blowfish), or Uniholic if sea urchin is more your style.

Roppongi has a whole host of clubs for partying until the wee hours. 1OAK Tokyo has several sister clubs in the States and plays a selection of R&B and hip hop, while Esprit serves the EDM and House crowd. V2 Tokyo (pronounced V-square) offers several VIP areas for those looking for a more exclusive experience. Many clubs in Japan have strict dress codes and in most cases, tattoos must be covered. But if dancing until dawn isn’t your style, Roppongi’s Le Connaisseur Cigar Shop has both a bar and café to enjoy their extensive selection of cigars from Cuba, the Dominican Republic, and elsewhere. For night owls who would rather get a caffeine high, Tsubakiya Coffee Roppongi serves classic Japanese kissaten fare, including a mean curry rice dish, as well as a range of coffee until 4am most nights.