How to Spend 24 Hours in Matsumoto

Situated under the towering alps of Nagano Prefecture is Matsumoto, the second largest city in Nagano and home to some of Japan’s best hidden secrets. Famous for its eponymous 16th-century castle, the city is also a great place to set up camp if you’re interested in exploring the country’s surrounding alpine areas like Kamikochi and Norikura. With plenty to eat, drink, and see, a day in Matsumoto is 24 hours you’ll never forget.

Make a trip to the iconic Matsumoto Castle

There’s no better way to begin your Matsumoto adventure than visiting the city’s most iconic landmark and arguably one of the most stunning castles in Japan. Alongside Himeji Castle and Kumamoto Castle, this incredible building is one of the nation’s oldest surviving original castles. What makes it particularly unique is that the structure was built on plains rather than on a hill or mountain. Though it’s not elevated, it still stands tall, holding a towering presence over Matsumoto city.

The atmosphere of Matsumoto Castle transforms with the changing seasons. In springtime, the castle grounds are carpeted in the soft pastel pinks of the surrounding cherry blossoms, and in winter the roof fills with mini peaks of small powdery white snow.

Known colloquially as Karasu-jō, or crow castle, because of its black exterior, what’s inside its walls is equally as breathtaking as the outside. Featuring steep wooden stairs, openings that were once used to drop stones onto invaders, and shooting spaces for archers, the best part of entering the castle is the observation deck at the top, the sixth floor of the main keep. Here at the observation deck, you can soak up the panoramic views of Matsumoto city. 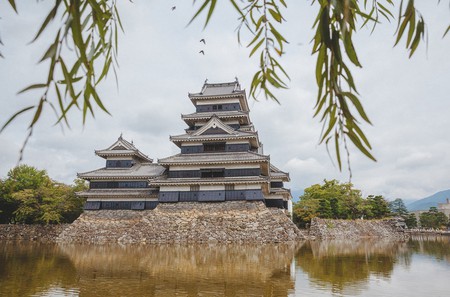 Try some tea at Ikegami Hyakuchikutei

Once you’ve explored the castle, it’s time to get acquainted with Matsumoto’s traditional tea ceremony practice. Located just a short walk from the garden sits Ikegami Hyakuchikutei, one of the city’s most stunning tea ceremony rooms. As well as a room dedicated to tea ceremonies, the area is also home to a tea garden that’s particularly beautiful during koyo (autumn time) when the leaves transition to a stunning golden orange. It’s a great place to spend some time looking around; sign up for a full ceremony if they’re running – they happen a few times a month –and meet the locals who also use the space as a community center. 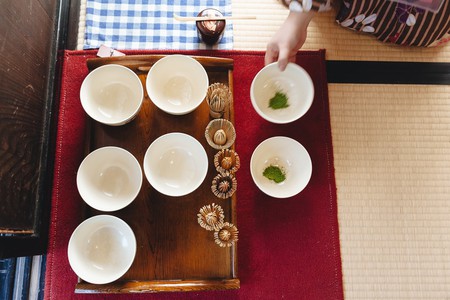 What makes Matsumoto such a delight to explore is its deep connection to the country’s historical and spiritual roots, and perfect example of this is the Yohashira Shrine. This traditional shrine features several large halls and a gift shop for all your omiyage (souvenir gift) needs. Situated not too far from the castle and tea rooms, it’s an easy and scenic walk between the three locations, giving you plenty of opportunity to soak up the magic of the city.

One of the best times to visit is between November 17 and 18, when the shrine celebrates the God Yebisu (Ebisu). Yebisu is the god of business and is believed to be the best figure to visit if you’re hoping for good business fortune. Given Japan’s love of work, it’s easy to believe that he’s one of the most popular gods in the country. During the celebrations, the shrine’s grounds plays host to the “Matsumoto Sweets Rally,” where visitors can enjoy some of the area’s best local and seasonal treats. 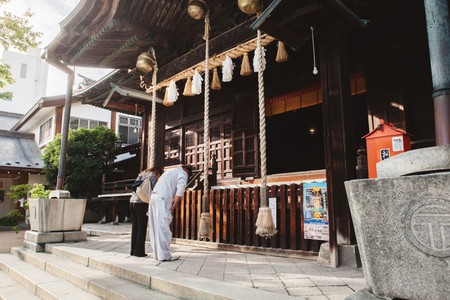 So now that you’ve taken a serious trek back through history, it’s time to get familiar with the city’s more modern side, and there’s no better place to go than Market Street in the heart of Matsumoto. Head to Market Street, where you’ll be greeted by a smattering of old and new shopping establishments, all of which boast something for every kind of shopper. If you’re after the freshest new shoes or designer goods, check out Parco Department Store for designer goods and electronic toys. If you’re chasing something more unique and a little more traditional, head over to Nawate Dori. Home to a large collection of frog sculptures (the area’s “good luck” mascot), this quaint shopping strip is the perfect place to pick up sembei (traditional-style rice crackers), locally produced pottery and enough sweets to keep your dentist in business for the next 20 years. 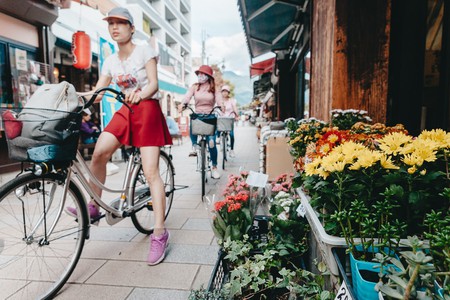 Beyond one of the best castles in the country, Matsumoto is also famous across Japan for wasabi. Wasabi can only be grown in the purest, cleanest water, of which the area has plenty thanks to its position below Nagano’s alps. At Daio Wasabi Farm in the nearby Azumino City, visitors can wander around the farm’s network of small streams, witness the production of fresh wasabi, try wasabi soft serve, wasabi soba noodles, and, if you’re brave enough, even enjoy a refreshing glass of wasabi juice. 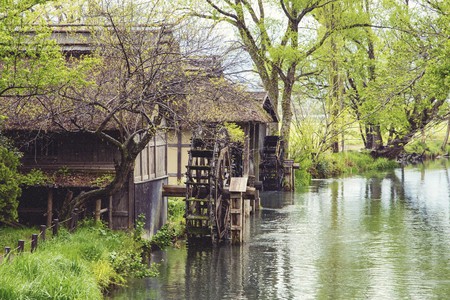 Head back to school at Kaichi School Museum

Though going back to school sounds more like punishment than a fun holiday activity, Kaichi School Museum is worth checking out. Built in 1876, the school boasts the title of being the oldest elementary school in Japan. Beyond its fascinating history, the architecture of the building is what draws visitors to the site all year round. In 1961, it became a nationally designated site of Important Cultural Property, constructed in the Giyofu architectural style (which is essentially a Japanese version of Western buildings), making it an interesting hybrid of Western aesthetics and Japanese sensibility. Though class is officially out, the building now stands as a museum dedicated to the history of education in Japan. 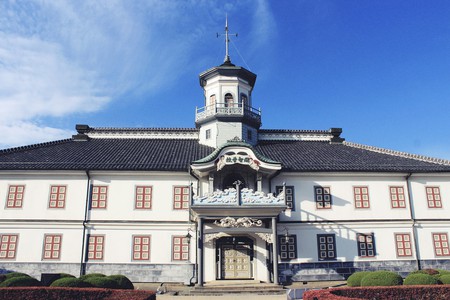 All of this exploring and walking deserves a hard-earned drink, and there’s no better place to get a taste of Matsumoto (quite literally) than with a visit to Matsumoto Brewery, the city’s home of craft beer. It’s really only been in recent years that craft beer has established itself as a real player in Japan’s booze scene. Previously high taxes and tight regulation on breweries meant that independent beer makers couldn’t really afford to produce small brews, but since the relaxation of these laws artisanal beer makers are making up for lost time. At Matsumoto Brewery, you can try a selection of different local and national beers, but if the choice is too hard, the team here hand pick three different brews on tap at one time – so why not work your way through those? 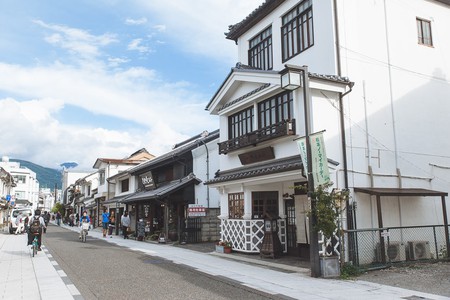 Finally, try a few local dishes at an izakaya

So, Matsumoto has stunning castles, great beer, the wasabi, and, of course, plenty of great local food. The most authentic and relaxed way to discover the city’s culinary world is via a visit to one of the area’s many locally run izakayas (Japanese pubs). Nagano, the prefecture in which Matsumoto is located, is known as Japan’s home of soba, so it’s a crime not to order some when you’re in the area. Another great local dish to try is oyaki, a local specialty that has been eaten in Nagano for centuries. Oyaki is a flour-based dough, filled with local ingredients, and then steamed, creating essentially a bread dumpling hybrid that’s as comforting as it is filling. 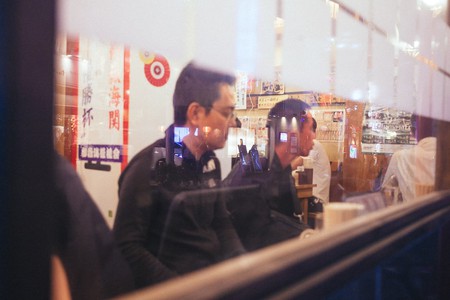