How to Roll Temaki Sushi Like the Japanese: Your Step-by-Step Guide 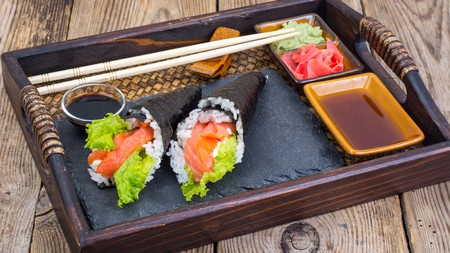 The idea of making sushi at home may seem like quite a challenge, but it’s actually fairly easy. Here Culture Trip shares a guide of how to roll temaki sushi like the Japanese. So get those party invitations out and wow your friends.

Making your own is certainly cheaper than dining out and the beauty is there’s no limitation on what type of sushi you can create. So wether you’re vegetarian, meatatarian, pescatarian, flexitarian or vegan, now’s the time to get creative. After all, like culture, food is continuously changing.

Over the past 2,000 years, sushi has evolved hugely. Southeast Asians would wrap meat and fish in fermented rice, which was later thrown out, to preserve it. Sushi then travelled to Japan, where it was reinvented, again and again.

The first sushi, called nare-zushi in Japan, was made of fermented fish or meat. But in some places where fish was not available and eating meat was forbidden by religious edict, villagers prepared vegetable nare-zushi. Ishikawa was known for its turnip nare-zushi, while in the mountains around Nara, pickled takana (leaf mustard) was a common ingredient.

The sushi most consumed today is nigiri-zushi, raw fish on hand-pressed, vinegared rice. In the Edo period (1603-1868), this was cheap fast food that workers often ate while standing at street stalls. As transportation and refrigeration technology progressed, fish-based nigiri-zushi became the norm in Japan.

Today, most sushi shops there offer a few vegetarian or vegan options: inarizushi is vinegared rice stuffed into pockets of fried tofu skin. Fermented soybeans (natto) wrapped in nori seaweed is common as is kappa maki (cucumber roll). Seasonal additions include bamboo shoots, various seaweeds, shiitake mushrooms, roasted aubergine among others. The growing popularity of plant-based foods is only going to widen the menu.

With many of us more cautious about going to restaurants, it’s no surprise that people are keen to learn these tips and tricks at home. So how do we get a sushi fix?

Adapting the Japanese temaki, or hand-rolled sushi, party concept is the answer. By yourself, with a partner or with your family and friend, break out the sushi staples and get down, get messy and get satisfied. 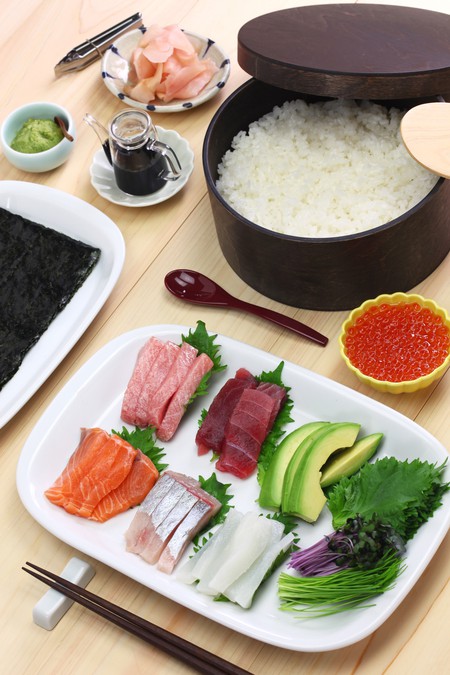 Veggie temaki-zushi is easiest for beginners. This is because slicing fish to bring out the best tastes and textures requires more skill than cutting vegetables. Also, sushi rolls are simpler to make than hand-pressed rice sushi.

A great vegetarian sushi feast might include asparagus, coriander and rocket from the garden. The supermarket can provide aubergines, cucumber, sprouts, avocados, cottage cheese and mushrooms. Don’t forget the essentials: rice, and nori (the dried and pressed seaweed sheet).

To make 10 to 15 rolls (2-3 servings), cook 200g of short-grain Japonica rice. You can prepare this in a rice cooker or a pot on the stove. Repeatedly rinse the rice until the white starch disappears, then cover it with water so it’s about 1cm (½in) above the rice. Boil on medium heat until the rice is soft and sticky. 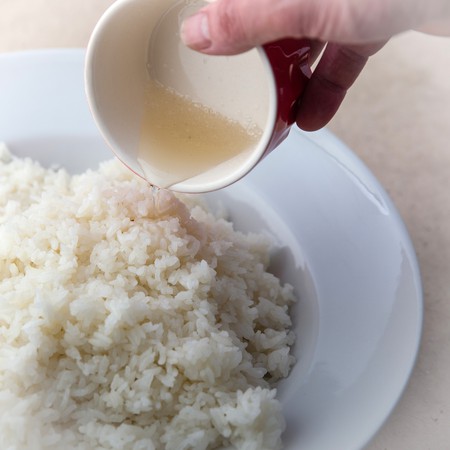 When the rice is cooked, pour the seasoning over, cooling it with a hand or electric fan as you do. Cut through the rice with the edge of a wooden spatula or rice paddle. Flip and repeat. This is how the Japanese typically mix rice.

Cut and slice the vegetable fillings to fit onto the nori sheets. About 3in (7.5cm) in length and 0.25in (0.5cm) in width is fine. Some fillings, such as cucumber and sprouts, don’t require cooking. You might want to stir-fry other ingredients, for instance, aubergine and mushrooms. Add any seasonings you like. Be creative. 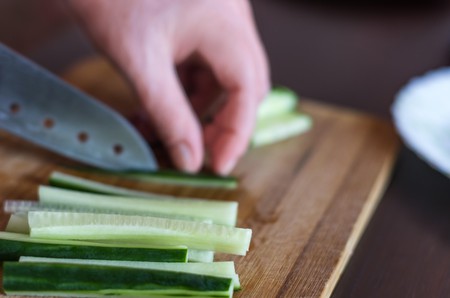 Preparing and rolling the nori

To enhance the crispy texture and roasted flavour of the nori, hold a piece at the top with dry fingers. Quickly wave it back and forth over a gas flame to warm it. But be careful – it burns easily.

Nori is usually sold in 21cm x 19cm sheets (8.25in x 7.5in). For large rolls, cut the sheets in half; for smaller ones, cut them into quarters. Place the nori on one of your palms. Using the other hand, lay a small amount of rice diagonally close to the edge of the nori. Place your fillings on the rice. Next, lift the bottom corner of the nori. Wrap it over the fillings. Roll the nori. It should have the shape of an ice cream cone. 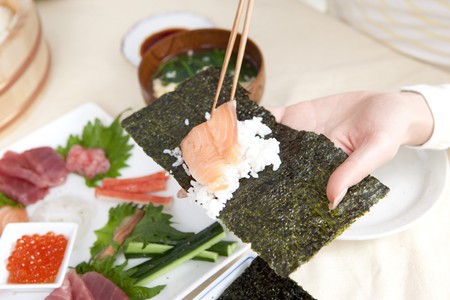 Soy sauce with wasabi is the traditional sauce for sushi. But the concepts of sushi and sushi sauces are ever-expanding. Impoverished Japanese immigrants in Hawaii created a sushi called Spam musubi. Bagels, cream cheese and lox inspired a Japanese chef to combine Philadelphia cheese with smoked salmon, inventing the Philadelphia roll. Everything is fair game. You can spoon Thai hot sauce onto your rolls or make a sauce of yogurt, mayonnaise, soy sauce, sugar and sesame oil with a pinch of salt.

Try mixing up the ingredients, composing a new creation each time, or stick with the same type if you prefer. Whatever makes you happy. Happiness and a full belly are the goals of temaki sushi parties. 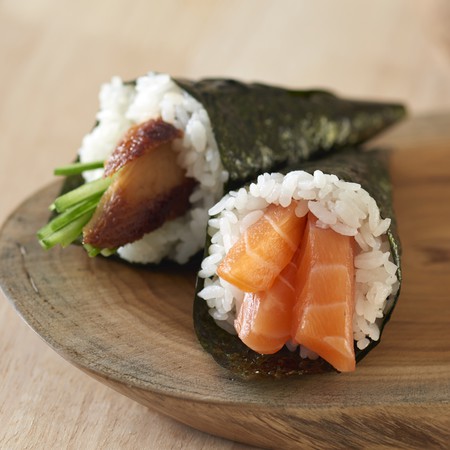 Some sushi creations may look as if meticulous chefs shaped works of art that belong in a culinary museum, while some may look comically mangled and disfigured. But no matter how they look, they usually taste great. Laugh, celebrate and enjoy devouring your successes and failures.