How to Explore Northern Honshu Without a Car 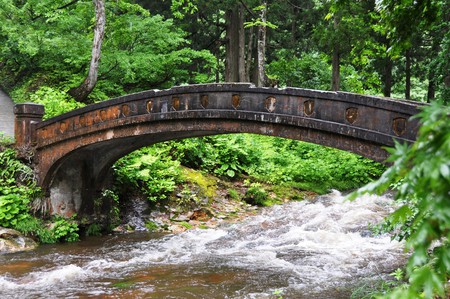 Ginzan Onsen, one of the destinations that can be reached by Yamagata Shinkansen | © kanegen / Flickr

Honshu, the main island of Japan, is home to 34 prefectures across five regions, each with their own sights, local foods, and traditions. Without a car, it can be difficult to navigate these northern regions of Honshu, divided by the rugged mountainous terrain of the Japanese Alps. Fortunately, Japan has an extensive bus and rail system that provides access to some of the most alluring attractions that northern Honshu has to offer. 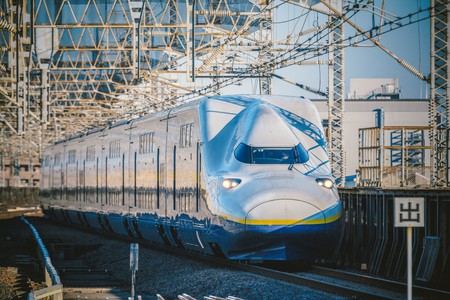 The Tohoku Shinkansen is the primary line running from Tokyo through northern Honshu.

The shrines and temples of Nikko are a popular UNESCO World Heritage site in the mountains of Tochigi prefecture that can be easily reached from Tokyo. Highlights include scenic waterfalls, hot springs at the nearby Kinugawa Onsen, and Toshogu Shrine, the mausoleum of Tokugawa Ieyasu, the first shogun of Japan.

For Nikko, take the Tohoku Shinkansen from Tokyo Station to Utsunomiya (50 minutes) and transfer to the Nikko Line to Nikko Station (45 minutes). From the station, walk to the shrines or take the World Heritage Site Sightseeing Bus, which offers a day pass with unlimited rides. 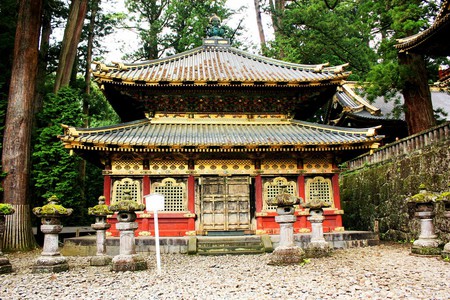 Ranked among the most beautiful castles in all of Japan, Hirosaki Castle is located far in the north of Honshu. It enjoys some of the latest blooming cherry blossoms on Japan’s main island, with the sakura lingering well into May. While you’re there, be sure to also enjoy some Hirosaki apples — a local specialty.

Take the Tohoku Shinkansen 205 minutes from Tokyo to Shin-Aomori Station. From there, take the Tsugaru limited express train 30 minutes to Hirosaki Station. Hirosaki Castle is a 30-minute walk from the station, or you can take the 100-yen Loop Bus to the Shiyakusho-mae stop. 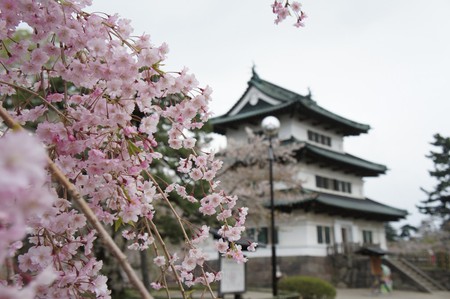 The Akita Shinkansen runs from Tokyo Station to Akita, with stops along the way at places like the historic samurai village of Kakunodate.

The hot spring village of Nyuto Onsen in the mountains of eastern Akita is perfect for those seeking seclusion, yet still easily accessible by shinkansen train.

Take the Akita Shinkansen approximately three hours to Tazawako Station. From there, catch the Ugo Kotsu bus bound for Nyuto Onsen and get off at the final stop. 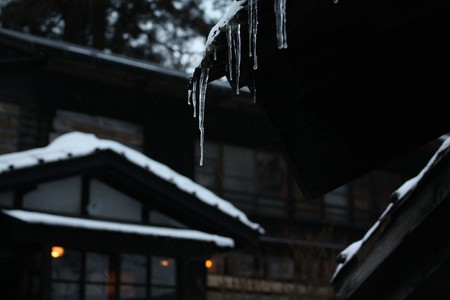 The Yamagata Shinkansen route goes from Tokyo to Shinjo Station, running through Yamagata prefecture, an area known for both its areas of unspoiled nature and cultivated agricultural land, especially cherry orchards.

Those interested in samurai and the history of feudal Japan should make a trip out to Yonezawa City, which was home to the daimyo Kenshin Uesugi, a brilliant warrior referred to by some of his followers as the “God of War.” The Yonezawa Uesugi Matsuri is held here each spring to commemorate the battle of Kawanaka-jima with a massive reenactment featuring costumed participants.

Yonezawa is also the place to go in northern Honshu for a taste of Yonezawa beef, prized as one of the most highly marbled domestic beef brands in Japan.

Take the Yamagata Shinkansen about 130 minutes from Tokyo Station to JR Yonezawa Station. 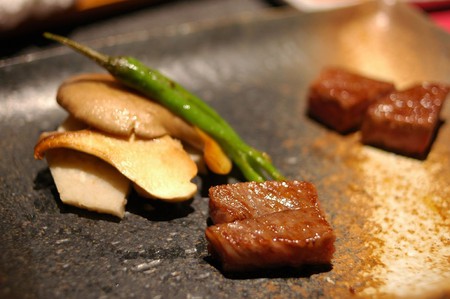 The Joetsu Shinkansen route runs through the northern Chubu region, connecting the Pacific Ocean side of Japan with the Sea of Japan coast.

If you’re into winter sports, you’ll be happy to know that you can go straight from the shinkansen station to the slopes at GALA Yuzawa! The ski resort offers rentals for all levels from beginner to pro, in case you don’t have any gear with you in Japan.

Take the Joetsu Shinkansen 80 minutes from Tokyo Station to GALA Yuzawa. From there, the gondola connects you directly to the mountain. 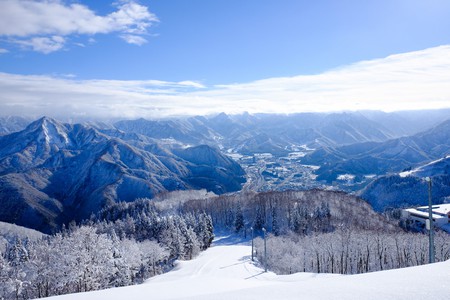 The Hokuriku Shinkansen route is the southernmost of the bullet train lines in Northern Honshu and provides access to some of the most popular remote destinations for visitors to Japan.

Matsumoto Castle, located in Nagano prefecture, is a national treasure of Japan and the country’s oldest remaining castle that still has its original wooden keep. It’s sometimes referred to as Karasu-jo, or Crow Castle, for its elegant black walls.

From Shinjuku Station, take the Express Azusa or Super Azusa train 2 hours 50 minutes to Matsumoto Station. The castle is a 20-minute walk from the station, or take the Matsumoto Tour Bus “Town Sneaker” North Course about ten minutes, alighting at Matsumotojo-Shiyakushomae. 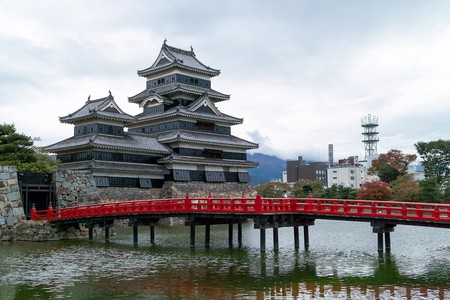 Hida-Takayama has recently grown in popularity among visitors to Japan and for good reason: this charming mountain town sits in the lush nature of Gifu, its well-preserved old town area untouched by modernization. Explore traditional sake breweries, try your hand at local crafts, and enjoy the tender local brand of beef Hida-gyu.

Not too far from Hida-Takayama is the UNESCO World Heritage site of Shirakawa-go, a small village known for its distinctive farm houses with peaked thatch roofs. 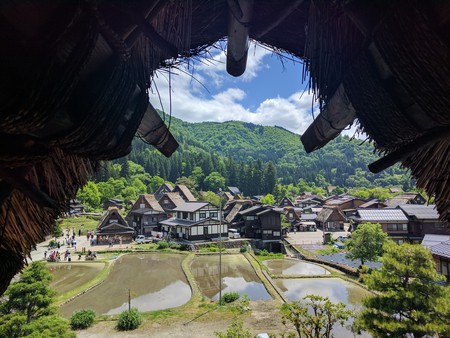