How to Celebrate the Kichijoji Autumn Festival in Tokyo 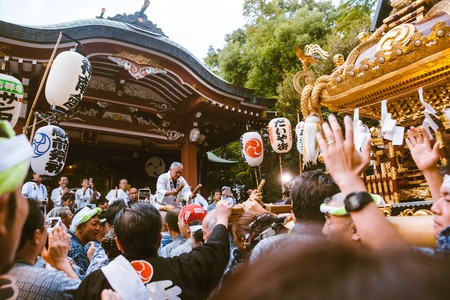 The calm energy of Tokyo’s hip Kichijoji neighborhood is transformed during the Autumn Festival (Aki Matsuri). This festival began in 1972 at the Musashino Hachimangu, a Shinto shrine dedicated to the kami (divine spirit) Hachiman. Now, residents and visitors alike prepare to welcome fall at this boisterous annual festival. Here’s how you can celebrate.

The Kichijoji Autumn Festival is held each year in early September. Thousands of revelers from all over Tokyo come to welcome the autumn season at Musashino Hachimangu. Hachiman is the guardian spirit of all Musashino and one of the Seven Gods of Fortune, and in front of this shrine lie monuments dedicated to the other six: Mishima, Izumo, Oshima, Itsukushima, Inari, Suga, and Housou.

The main event is the procession of mikoshi, the ornate palanquins which transport the kami on their journeys through the shopping streets of Kichijoji. In addition to the mikoshi from Musashino Hachimangu, ten others from the district, each with its own team, join in the festivities. Each team has its own unique rhythm and chant. When two mikoshi cross paths, the teams amp up their efforts in an effort to outdo the other, creating a spectacle to get the audience going. 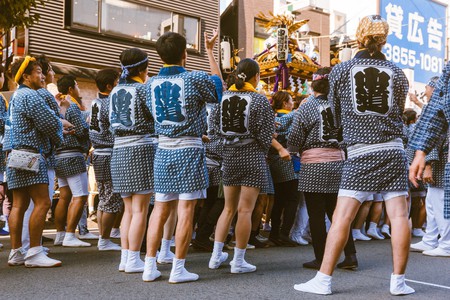 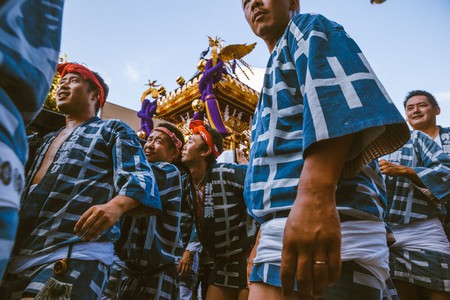 Teams of mikoshi bearers suit up in traditional costume and prepare to march. Bearers take turns carrying the weight of the mikoshi. 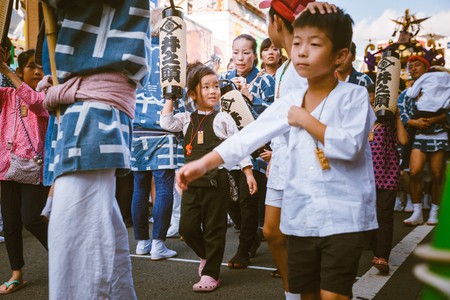 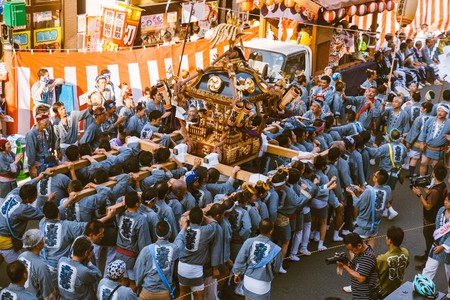 On the first day of the festival, all the participating mikoshi are brought to Musashino Hachimangu for a ceremony, including music and dance. At the festival, revelers have a unique chance to listen to Musashino Hayashi music, recognized as an Intangible Cultural Property by the government. 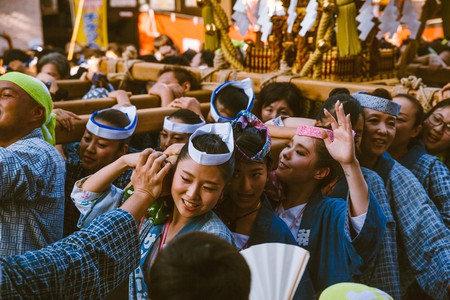 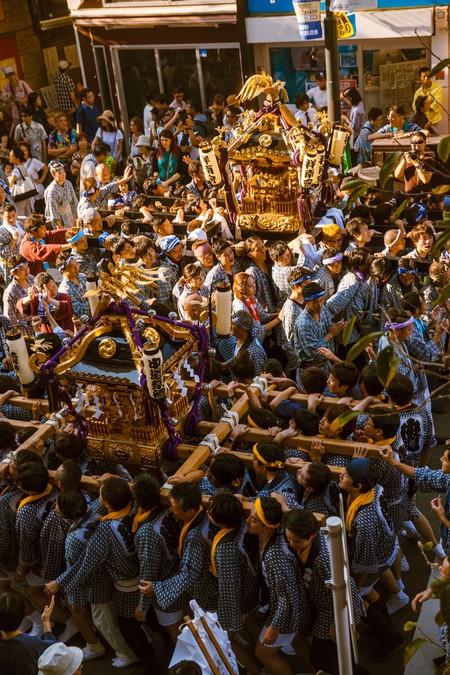 Typically, the bearers gather in front of JR Kichijoji Station and begin their march at 11 AM, after the initial ceremony which begins around 9 AM. If you come even earlier, you can see the Shinto priest leading the procession from Musashino Hachimangu toward the station on horseback. Spectators are always welcome. 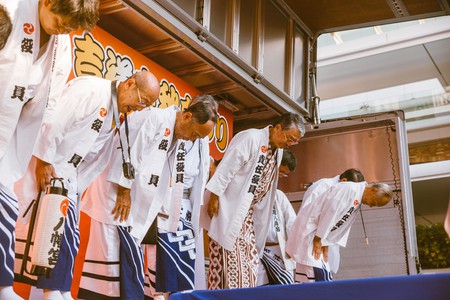 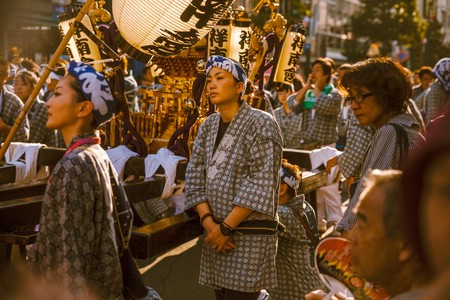 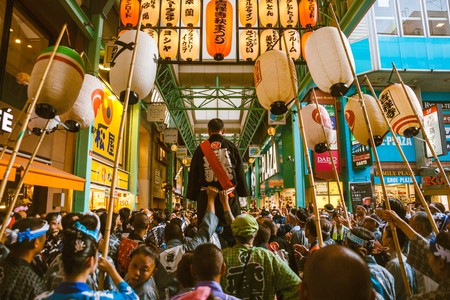 Parading through the backstreets of Kichijoji | Mithila Jariwala / © Culture Trip

The procession of the mikoshi takes them through all of the main shopping street of Kichijoji and the surrounding area. 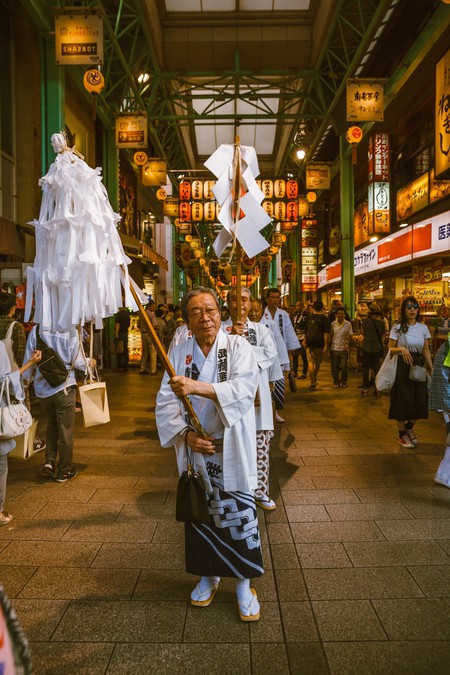 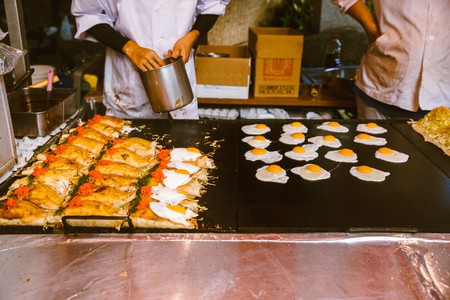 Street vendors ensure everyone is feeling energized and prepared for the long day of celebrating. 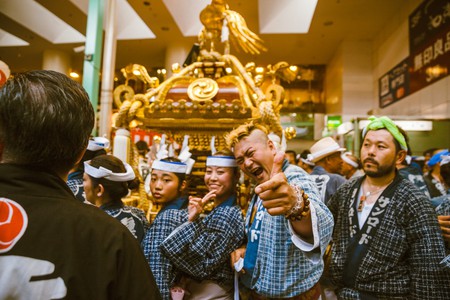 Smiles all around at Kichijoji Festival | Mithila Jariwala / © Culture Trip 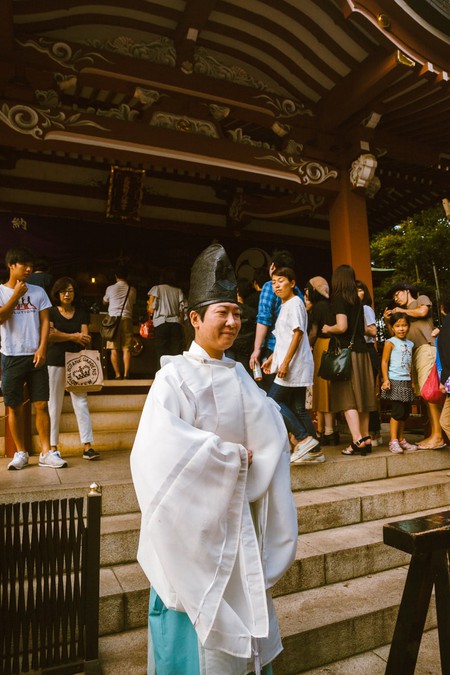 On the weekend before and during the Kichijoji Autumn Festival, the Musashino Hachimangu hosts a shrine festival with food stalls, game vendors, music and entertainment. Like any shrine festival, expect to find favorites like kasutera cakes, yakisoba, and maybe some early chestnuts if you’re lucky. Attending the festival is free.