How Kumamon Became a National Sensation in Japan 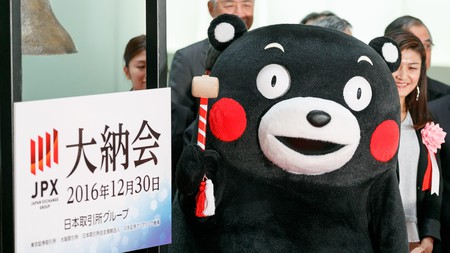 The Bank of Japan estimated that Kumamon, Kumamoto’s adorable mascot, had pumped ¥123.2 billion (around £900 million) into the region before his second birthday. Here’s how one of Japan’s most popular yuru-chara became a national sensation.

Miyamoto Musashi — a legendary samurai who called this corner of Kyushu home in the 17th century — was Kumamoto’s most famous resident… until a black bear with bright-red cheeks swiped the swordsman off his throne. Meet Kumamon, Kumamoto’s uber-cute manager of sales and happiness, who’s become one of Japan’s most cherished mascots. 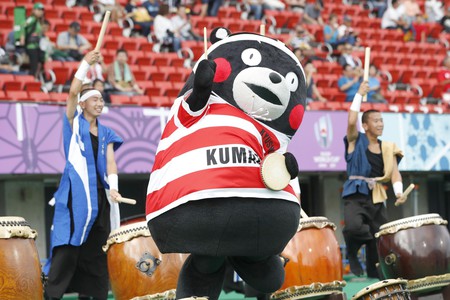 Kawaii, or the culture of cuteness

Kumamon is one of the country’s most successful yuru-chara — the adorable characters employed to promote businesses, events or destinations across Japan. The key? Kawaii, or the nation’s culture of cuteness. Kawaii is one of those words that doesn’t really translate into English. ‘Cuteness’ is the best approximation, but it fails to encapsulate the vibes of positivity and affection that come with the label. Imagine the warmth a little kid has for their teddy bear, but on a larger, society-wide scale.

There’s much more to yuru-chara than the one-dimensional mascots who flog fast food or thrill sports crowds in Western countries. These Japanese icons have entire backstories and personalities. They’re almost living, breathing things. Kumamon, for example, has an office where he carries out his duties as Kumamoto’s manager of sales and happiness (and yes, that’s an official title).

When Kumamoto suffered dozens of casualties and incalculable damage from a series of earthquakes in 2016, the city’s social media feeds were flooded with messages asking if Kumamon was OK. The raven-black castle that symbolised the city for centuries was severely damaged, but there was much greater concern for the cartoon black bear. Donning bandages, Kumamon then led the rebuild from a PR perspective. 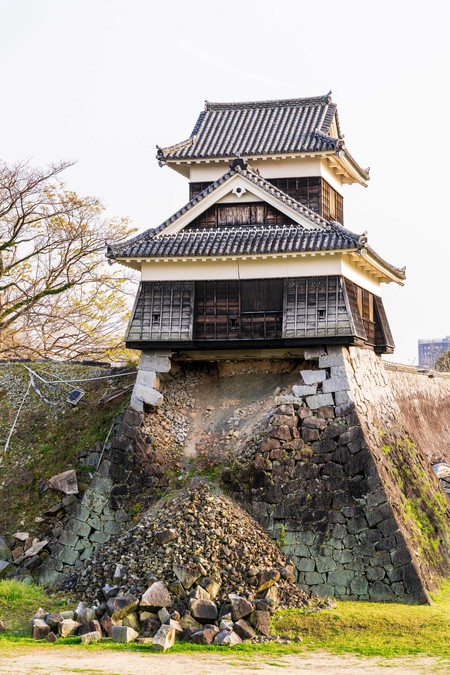 Yuru-chara are serious business for Japanese cities and their citizens. Sento-kun — a baby Buddha with deer horns created by the city of Nara to mark the 1300th anniversary of Japan’s ancient capital Heijō-kyō in 2010 — was roundly rejected by the public. Adachin — a now-stray blue-haired dog from the Adachi area of Tokyo — today sells merchandise carrying slogans like “I got fired” and “The mayor hated me”. Kumamon, though, enjoyed a much warmer reception from day one.

Getting to know Kumamon

Kumamon — a portly black bear with puffy red cheeks, a pair of wide-open eyes that appear permanently surprised and a name that combines the Japanese word for bear (kuma) with the local slang for man (mon) — was born on 12 March 2011. That date marks the opening of the Kyushu Shinkansen line linking Kumamoto to the rest of the island in a bid to attract more visitors to the city, which was the inspiration behind Kumamon’s conception. 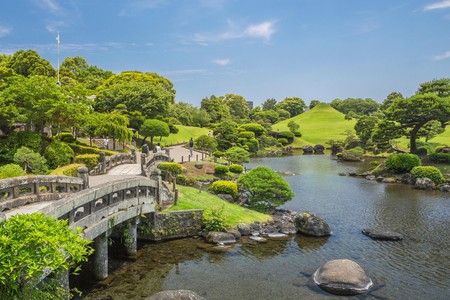 It didn’t take long for the bear’s cheeky personality to spread, aided by a bold marketing strategy from the Kumamoto Prefecture government. Officials allowed manufacturers to slap Kumamon’s adorable little face on anything they wanted royalty-free, with approval. The result? The mascot sold ¥2.5 billion (£18 million) worth of merchandise in 2011, before scooping up a whopping ¥29.3 billion (£200 million) in 2012.

Free licensing meant that cash didn’t appear in the prefecture’s coffers directly, but the Bank of Japan estimated that Kumamon pumped ¥123.2 billion (around £900 million) into the region before his second birthday. More than 100,000 items now boast his beaming visage, and the government still churns through 400 fresh applications per month.

The campaign grew legs late in 2011 when Kumamon was voted Japan’s most popular yuru-chara. In an online poll that attracted more than 3 million votes, the baby bear beat Barii-san (an egg-shaped bird from Imabari) and Nishiko-kun (an ancient roof tile with a pair of unnerving human legs from Nishi-Kokobunji, on the outskirts of Tokyo) to claim the Yuru-chara Grand Prix from a field of 349 entrants. Move over, Miyamoto Musashi. Kumamoto’s new king was crowned. 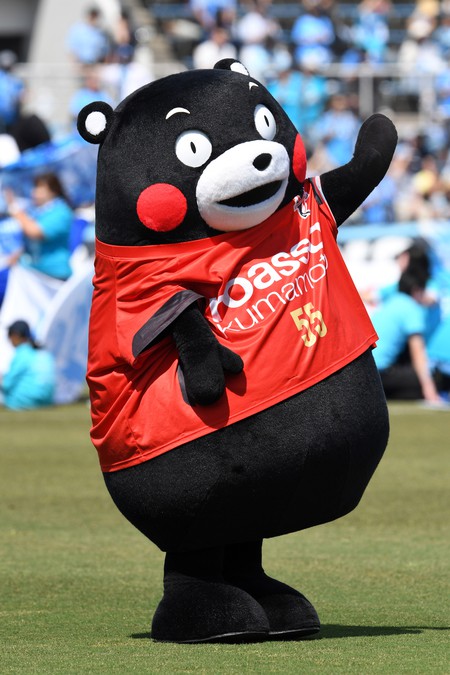 Where can you meet Kumamon today?

The spotlight hasn’t dimmed since Kumamon greeted that first bullet train back in 2011. He spearheaded the Guinness World Record for the world’s largest coordinated mascot dance in Nagasaki in 2013. When German toymaker Steiff created 1,500 limited-edition Kumamon plush toys (at £235 a pop) that same year, they sold out in seconds. In 2014, a Tokyo jewellery store created a solid-gold statue of Kumamon with a price tag of ¥100 million (£725,000). He appeared in the video game Yo-Kai Watch 2 and in Yo-kai Watch: The Movie. He’s rubbed shoulders with famous fans like Korean boy band BTS. And he commands huge followings on YouTube, Instagram and Twitter.

Celebrities of this magnitude are normally shielded from the public, but Kumamon still makes near-daily appearances in his home town. Kumamon Square — next door to the Suidocho tram stop, or five minutes’ walk southeast of the iconic Kumamoto-jō castle — is where kawaii addicts can score their hit of the cuddly black bear; he appears almost every day at 3pm and on weekends at 11am. The prefecture’s sales and happiness manager is a very busy boy, so check the website to confirm his schedule. 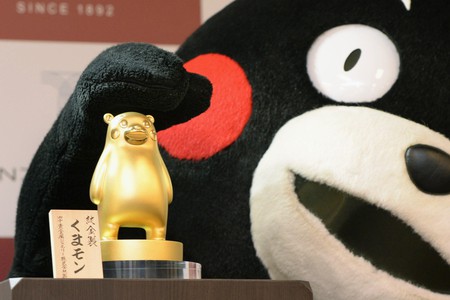 At Kumamon Square, visitors will find a stage where Kumamon boogies to his theme song, a café that pours a Kumamon latte with a dusting of chocolate that forms his face, a tourist information centre for advice about what to do in Kumamoto and a formidable souvenir shop selling T-shirts, books, bags, toys, pins, posters, stickers, key rings, CDs, DVDs, postcards, pillows, coffee cups and pretty much anything else a Kumamon admirer could possibly desire as a souvenir.