How Japanese Anime Gets Lost in Translation 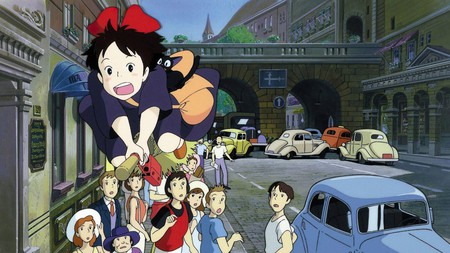 Translating anime for Western audiences can often result in mishaps, sometimes to the detriment of the stories and characters. How does this happen? And how can it be remedied?

Anime has gone global. What was once a staple of Japan’s cultural diet is now a medium that is enjoyed by audiences around the world, and it is growing. Streaming services are adding more and more titles by the day. Selected films can now be seen in cinemas outside Japan rather than just on DVD and Blu-ray. If you attend Comic-Con, the show floor will be awash with cosplayers repping their favourite anime.

It’s a time of abundance for fans, but it’s not without its drawbacks. One of the biggest are the logistical and linguistic difficulties of translating Japanese for Western audiences. This means accounting for the language as it is spoken and written, but also for the nuance unique to a native tongue, and conveying these differences in a single sentence of dialogue is a tall order.

There are words in the Japanese language that have no direct Western equivalents and subtleties can often get swept aside. The results of this disconnect are not always pretty. The first wave of anime titles to make it to the UK (via the Manga Video imprint) were marked by hammy voice acting and broken subtitles. For an example of the former, take a look at this compilation video of moments from the ’80s voice dub of Akira.

When Neon Genesis Evangelion was added to Netflix in 2019, it became a hotly debated topic – for all the wrong reasons. The streaming service commissioned a brand new translation for both its English voice dub and subtitled versions, but in the process altered a crucial element of the storyline.

In the original translation, protagonist Shinji is told by his friend Kaworu that he loves him, and that he is worthy of love. This is a crucial moment for the two characters, as it solidifies the homoerotic dynamic that had been brewing in previous episodes. And for the self-hating Shijni, the idea of him being worthy of romantic love is an epochal realisation.

This all changes in the new Netflix version. Rather than hinting at his deeper romantic desires, Kawaoru simply tells Shinji that he “likes” him. The change drew negative criticism from fans, who saw it as straightwashing. The translation had unwittingly watered down the homoerotic element, implying a more straightforward friendship between the two.

One of the debates generated by the controversy was whether translators should stick to a literal translation of the material, or streamline the text to make it easier for audiences to read by translating the essential meaning of the message instead.

Why is it so hard to translate anime?

“[Translators have] a difficult job, working with one of the most difficult languages in the world and often under tight deadlines,” says Jerome Mazandarani, managing director at Manga Entertainment. “It’s an army of people working in isolation having to watch the programs, work with the original Japanese scripts and then work very, very quickly to get the translation done.”

While the translation issue is an emotive one for fans, there are a lot of challenges that don’t get taken into account when complaints arise on social media. “I often find that some of the most combative and vocal critics are also people that don’t approach their criticism from a place of knowing what the challenges are.”

One of the main issues with a literal translation is that it can result in reams and reams of dialogue. Whether it’s to do with the length of the original script or the multitude of interpretations, translating down to the word can end up detracting from viewers’ enjoyment of the show. “We’re not always going to get the best entertainment experience possible if we go for 100 percent literal interpretation,” Jerome notes, from experience.

Matters are now made even more complex by simulcasting streaming services such as Crunchyroll showing programs in English only one hour after they are broadcast in Japan. Considering the tight turnaround, Jerome thinks that “it’s amazing there are so few complaints about the quality of the localisation”.

Some errors can be comparatively light-hearted, as was the case for the early subtitles in Naruto. “The local translator didn’t think British fans would understand what ramen was, as this was long before the dish became popular in the UK. So we decided to change every reference of it to ‘Pot Noodle’,” Jerome remembers. “A lot of the diehard fans got pretty angry with us.”

Success stories: In This Corner of the World, Cannon Busters and Studio Ghibli

Wherever possible, Jerome’s team at Manga works closely with an anime’s creator to make sure the translation is as faithful to their vision as possible, which has been the case for In This Corner of the World, an anime directed by Sunao Katabuchi.

“[This] was a real passion project for him,” Jerome notes. “As it’s set during World War II it’s a very sensitive subject matter anyway – even more so as it’s set in Hiroshima. It meant that we had to work very diligently on every part of that localisation.”

Jerome and his team also produced the acclaimed anime Cannon Busters last year exclusively for Netflix. The show was unique in that it was an American-Japanese co-production adapting a manga that was written and drawn by US artist LeSean Thomas, who also oversaw the animated version.

“We at Manga were in charge of creating the voice recordings in English for Netflix, but then we also oversaw recording the Japanese voice track in Japanese. We wrote it in English, translated it to Japanese and recorded a dialogue script. No complaints on social media from the 2 million or so people who watched it.”

And just as translators have different approaches to adapting source material, audiences have different needs when it comes to how they want to enjoy their content. Fan translations are one example, where a small dedicated team of fans take matters into their own hands by adapting a show or film without the film-maker’s or distributor’s permission.

The gold standard for translation, unsurprisingly, is the revered Studio Ghibli, who work side by side with a dedicated team in the West and oversee the translation process. It doesn’t hurt that they have the clout to enlist award-winning actors like Christian Bale and Emily Blunt as voice actors. “This is just my opinion, but I think the ratio should be 70 percent visual storytelling and 30 percent dialogue,” Jerome opines. “Studio Ghibli is the best at that approach.”

At the end of the day, the ongoing dialogue about translation is proof that anime’s audience is expanding, along with a demand for improved quality in translation, and more cultural sensitivity. As we’ve seen, mistakes get made along the way, but the endgame is to make Japanese animation something that can be enjoyed by as many people as possible, right across the globe.