How Japan Became Obsessed With KitKat 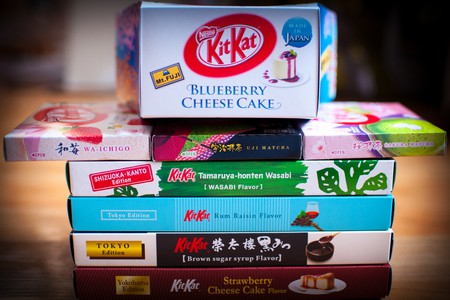 Although the wafer, cream and chocolate confection known as KitKat is sold in over 100 countries, nowhere will one find such creativity, variety and originality than in Japan. Japan’s enthusiasm for the simple chocolate treat has reached epic proportions, rivaling local brand Meiji in popularity. What led to the success of the Japanese KitKat?

In general, chocolate doesn’t appeal to the Japanese – who prefer their snacks with a little less sugar – as much as it does to the Western markets. Yet KitKat has been a bestseller there since its release in 1973. There’s good reason for this. The chocolate’s initial success was due to nothing more than a happy coincidence: ‘KitKat’, called ‘Kitto Katto’ in Japan, sounds like ‘kitto katsu’ which means ‘you’ll surely win’. Every year around January, the company noticed an increase in sales around exam time. KitKat was and still is used as a lucky charm or a good luck gift to students preparing for exams. 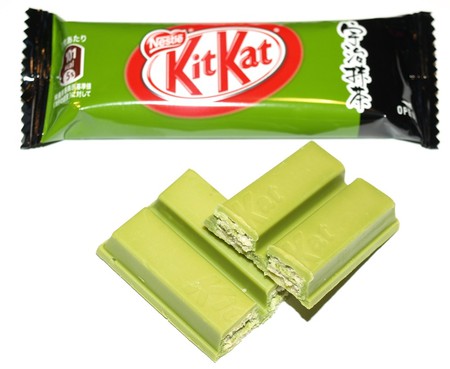 KitKat was content to coast on this initial success until the early 2000s. By then, the local market was demanding novelty and choice. The local marketing team in Kobe had their work cut out for them. In order to continue to appeal to Japanese tastes, they had to get competitive and get creative. Japanese KitKat’s wide variety of over 300 flavors can be attributed to clever marketing tactics. The Japanese love to support their neighboring localities, and it’s traditional to bring back small gifts known as omiyage for colleagues, friends and family back home. Therefore, the KitKat purchased from the station in Sapporo would not just be fruit-flavored, but Hokkaido melon-flavored in order to transform it into a gotochi (regional) product. 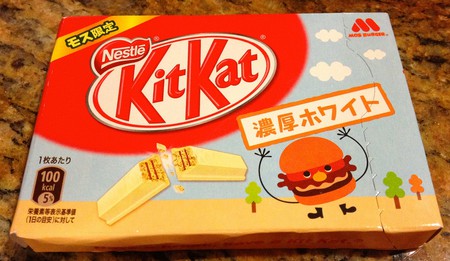 The packaging was also designed to appeal to omiyage culture. Ordinary KitKat from the grocery store often comes in a large bag or box filled with smaller, individually wrapped bars, not unlike the packaging the company uses for Halloween overseas. Airport and train station KitKats come in a large multi-box gift packaging, perfect for sharing with friends and family back home. Some of these special edition creations come from the luxury end of KitKat’s production scale. 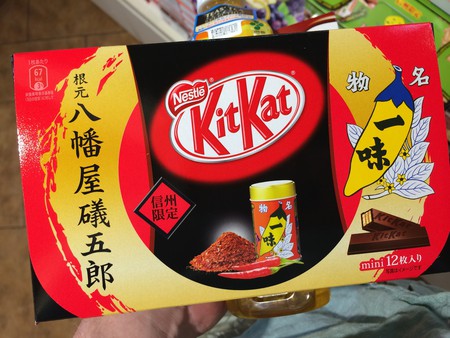 In order to appeal to the Japanese penchant for novelty, the majority of KitKat flavors are limited edition specialties. They’re often created to go along with the season or national event. Some, like pumpkin, may be brought back annually. Another interesting thing about Japanese KitKat is that the originality doesn’t stop at the flavors. There have been pudding flavors meant to go inside the toaster oven, flat KitKats that can go through the mail system, not to mention an endless selection of collaborations: KitKat pizza, cheesecake and croissant to name a few.

But mass-produced KitKat cannot compare to the KitKat Chocolatory, where high-end luxury chocolates made with authentic couverture are created. Yasumasa Takagi, a highly skilled pastry chef with decades of experience, is behind the new flavor creations. Using locally-sourced ingredients like powered cherry leaf, Okinawan taro and sake, Takagi dreams up fantastical chocolate creations. These luxuries are only available at the handful of Chocolatory shops found throughout Japan, such as inside the Seibu Department store in Ikebukuro. 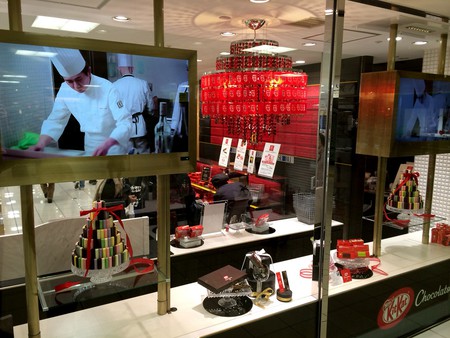