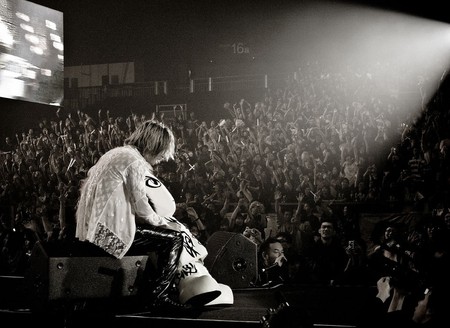 Japan’s obsessive and eclectic subculture scene is one quite unlike anywhere else in the world. Whether it’s the nation’s city-centric population or just some innate cultural quirk, it’s fair to say no other nation produces fans as die-hard as here in Japan.

While there is always a multi-faceted web of subcultures beneath the overarching umbrella of every single culture, the world of fashion is definitely one of Japan’s most fascinating cultural elements.

It’s nearly impossible to talk about the country without mentioning the nation’s style influence. The historically important kimono, the weird world of Harajuku, or the global domination of norm-core centric Uniqlo and Muji, fashion is a huge component of the country’s DNA.

Visual kei is a fashion moment that could only have been born in Japan, a unique strain of glam rock-inspired fashion, the movement that’s weaselled itself into the makeup of street culture, the underground music scene and mainstream consciousness. It’s a fascinating avant-garde creation that can be directly linked back to one hugely influential rock group known as X Japan.

Walk down the streets of the country’s most densely populated youth-centric hubs like the Tokyo neighbourhoods of Koenji, Shimokitazawa and Harajuku and you’ll see visual kei. A look that sits somewhere between gothic darkness, Hollywood make-up obsessiveness and gender-bending androgynous aesthetics, visual kei is typically characterised by exaggerated clothing, thick face paint-like make-up and enough hairspray to tear a hole in the ozone layer.

With the influence of Western culture seeping into the country’s pop cultural world, X Japan and their contemporaries gave birth to the visual kei movement by combining outside influence with uniquely local references.

Forming in Chiba just outside of Tokyo 1982, X Japan have during their illustrious career arguably become one of the country’s most successful modern musical creations. Their musical efforts sit somewhere between the worlds of heavy metal, pop and power ballads and classical music, all underplayed with a theatrical level of showmanship. 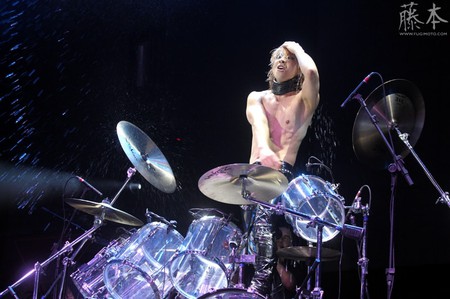 The term ‘visual kei’ comes from the Japanese kanji for the word for ‘system’ (kei). In a country of conformity, the movement was created to push against the typically rigid social constraints of the nation in an almost ironic move to a unified school of self-expression.

From the Sex Pistols’ punk aesthetic, to The Ramones’ uniform leather jackets, to Kanye West’s Yeezy empire, musical acts that utilise fashion as a way to connect with their audience, separate themselves from the others and market their niche isn’t a necessarily groundbreaking concept. However, what makes X Japan’s fashion footprint worth noting is the way the band broke Japan’s rigid mainstream creating a wave of influence that can still be actively seen today.

X Japan’s visual kei aesthetic was as integral to the band as the music they created. Over the top make-up, women’s dresses, long acrylic nails, leather jackets and spikes ready to impale anything or anyone that dared come close, the group’s style made their Western glam rock contemporaries look conservative by comparison. The band declared to the nation’s youth that it’s okay to challenge the norm, and the best way to go about it is to try the all-or-nothing approach.

After the 1990s, when glam rock seemed bloated and the understated unwashed aesthetics of grunge and garage rock became king, the visual kei world was pushed to the side.

However, during the 2000s when emo became the go-to sound for disenfranchised youth, bands like X Japan came back to the forefront, worshipped as godfathers of the men-in-makeup revolution, and the group capitalised on this resurgence in popularity. With this came a new version of visual kei, known as ‘neo-visual’.

What made neo-visual kei different from its predecessor is the fact that, unlike X Japan, many of the groups that came afterward put fashion first, music second, not necessarily in terms of quality, but in terms of uniformity. Today, neo-visual kei groups play anything from heavy metal to electro to bubblegum pop.

Also now adopted by the nation’s genderless and gender non-confirming communities, visual kei has gone beyond the music scene, and has set a blueprint for Japan’s underground to fight cultural norms in a nation bound by social stigmas. It’s not just a genre, it’s not even just fashion – visual kei is a social revolution.