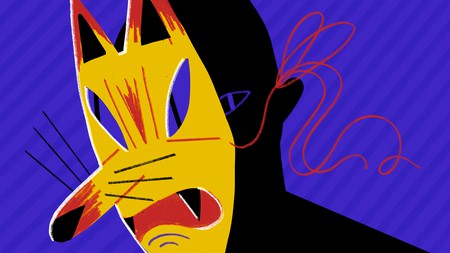 In 1997, Disneyland Tokyo hosted their first-ever “Disney Happy Halloween” event, and the spooky season spread like wildfire. From its amusement park beginnings to the Yakuza influence, let’s take a look at how a novel business move by Disney became a nationwide celebration.

Japanese fan culture is unlike anywhere else in the world – the country’s penchant for obsession has built entire neighbourhoods. This, combined with the younger population’s openness to adopt aspects of Western culture, means it’s really no surprise that Halloween in Japan has become the unique phenomenon it is.

How Disney is responsible for Halloween in Japan

Twenty years ago, Halloween in Japan was practically a non-event, a holiday that existed in foreign movies and books. It was only about two decades ago, in 1997, that the concept of All Hallows’ Eve was introduced when Tokyo Disneyland decorated the grounds in Halloween paraphernalia. By the year 2000, around 400 visitors and Disney characters had taken part in the park’s ”Happy Halloween Twilight Parade”. Similar to the way KFC made Christmas famous in Japan, here, Disney was undeniably responsible for Halloween.

Once Disneyland started doing it, other Western-centric amusement parks like Universal Studios in Osaka decided to hop on the bandwagon. The park opened in 2001, and by 2002, their own version of the holiday known as “Hollywood Halloween” was in full swing.

On paper, the speedy adoption of Halloween by a Japanese audience is a match made in heaven. The country’s youth is captivated by Disney. This, combined with the local penchant for cosplay and a growing interest in outside cultures, made it a fertile ground for Halloween adoption and expansion.

Numbers quoted by the Japan Anniversary Association (2015) stated that the market size of Halloween in the country was an estimated one billion dollars. Sure, it’s not much compared to the US’s $6.9 billion Halloween market, but you’ve got to remember that in the West, it’s got 2,000 plus years history on Japan.

How the Yakuza took over the trick-or-treating

Although Japan has imported the tradition of dressing up for Halloween, people rarely go trick-or-treating, largely because it’s not super common for Japanese people to have house guests. In Japan, there’s a common term used to apologise for entering a host’s home: ojama shimasu (おじゃまします), which literally means “I’m going to get in your way.”

Space in the nation’s major cities is notoriously scarce, and many people live in apartments, which is why most celebrations happen outside of the home. This attitude is why the tradition of going visiting people’s houses for candy never became mainstream. Yet, the Yakuza (Japanese mafia) has tried to make it happen.

The Yamaguchi-gumi, the biggest Yakuza family in Japan, are known for hosting their own trick-or-treat events at their Kobe city headquarters. It is said that the tradition started around a decade ago when children from a nearby international school knocked on the mob’s office doors while doing the rounds in the area. At first, the Yamaguchi-gumi members were confused but later saw it as an excellent PR opportunity. For the Kobe Yakuza family, trick-or-treating is a way to keep the harmony in the neighbourhood, which in turn helps them to avoid a civil lawsuit.

Setting up at the front of their compound facing out onto the public street, the Yamaguchi-gumi party has become an accepted part of Halloween celebrations in Kobe. It’s common to see mobsters decked out in costumes manning the fairy floss machines and handing out well-stocked bags of toys and candy. Most parents seem happy to let it be, and the kids are more than happy to accept the treats.

As expected, police presence in the area is strong, but there have never been any reported issues surrounding the event. In 2015 and 2017, though, the Yamaguchi-gumi called off their trick-or-treating event due to internal political conflicts.

While the celebration of Halloween itself may be a Western import, one uniquely Japanese aspect of the festivities is the post-party cleanup. On the 1st of November, hundreds of dutiful post-party goers flock to some of Tokyo’s more trashed areas to take part in a massive post-party cleanup, some still in costume from the night before. It’s arguably one of the messiest celebrations on the Tokyo calendar, but it is Japan, so the mess never lingers for too long.

In 2015, the Shibuya Ward Office reported that over 1,700 volunteers joined Tokyo Metropolitan Government workers in the clean-up efforts. The local government now also hands out pumpkin-themed garbage bags in hope of inspiring Halloween party-goers to keep the streets clean.

The push against Halloween

Although Japan’s love affair with Halloween has been a passionate, whirlwind romance, it hasn’t always been easy. Japan is home to a relatively small group of nationalists. The popularity of the holiday embodies what the far-right Japanese locals are against: an appreciation for, and adoption of, a more Western ideology and attitude. On the night of Halloween in 2009, when a group of foreigners turned up to board a train to inner Tokyo, they were confronted with nationalist activists brandishing signs that read: “Get out, stupid foreigners” and “This is not a white country”, amid some other more unsavoury slogans.

In a nation that in recent times has been considered slow to change, Halloween has had a meteoric rise in popularity, one even the instigators at Disney couldn’t predict. Halloween in Japan was born in the eye of a perfect storm, with the youth interest in international culture and a love of cosplay being the two main catalysts. Its form may be different from its Western counterparts, but that’s part of its charm. Given its unprecedented success, Japanese Halloween is an amalgamation of outsider influences, but a beast that dances to the beat of its own drum. If you’re in Japan in October, don’t miss the chance to get out there and experience it for yourself.