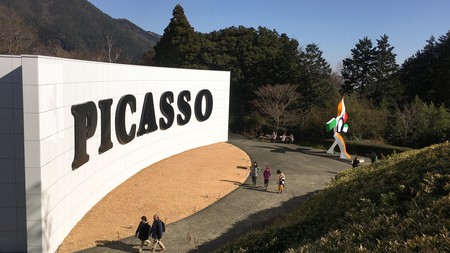 Hakone, a hot-spring town southwest of Tokyo, has quietly developed an art scene to rival that of a big city. Here, discover how Hakone evolved from a rural mountain region into one of Japan’s most exciting art districts.

With its verdant forestland, serene lake, hills of golden pampas grass and views of Mt. Fuji, Hakone has occupied artists and travellers since it was a post station on the Tōkaidō during the Edo period. Ukiyo-e artist Utagawa Hiroshige featured Lake Ashi, a large lake that encompasses much of Hakone’s western border, as one of his Fifty-Three Stations of the Tōkaidō, a series of woodcut prints from the artist’s travels along the Tōkaidō in 1832. 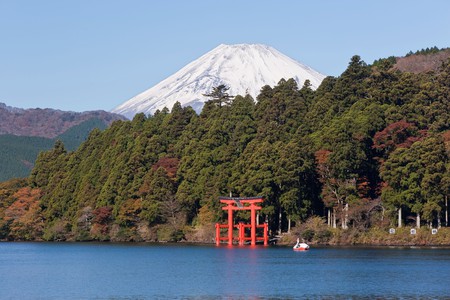 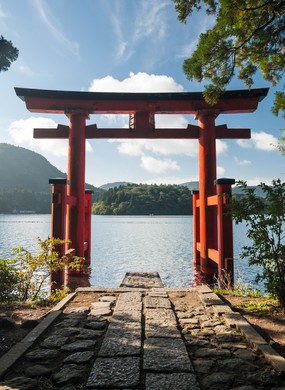 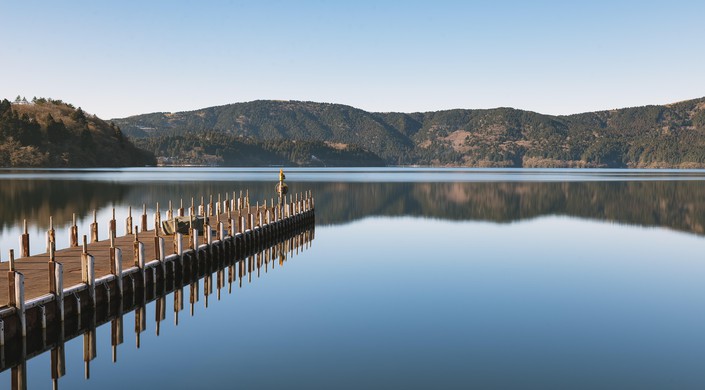 One of Hakone’s most iconic sights is the peak of Mount Fuji beyond the trees surrounding Lake Ashi © Gavin Hellier / Alamy Stock PhotoThe red torii gate of Hakone shrine has been re-created in Japanese art for centuries © Joshua Davenport / Alamy Stock PhotoLake Ashi featured as one of Utagawa Horoshige’s woodcut prints in his series Fifty-Three Stations of the Tōkaidō © Aflo Co., Ltd. / Alamy Stock Photo

Famously appearing to float on the surface of the lake, Hakone Shrine’s red torii gate has become an iconic symbol of the region and of the union between Japan’s natural beauty and sacred sites. The image of the gate has been re-created in Japanese art for centuries, in everything from travel posters to woodblock prints.

It wasn’t until the 20th century that the mountainous destination that inspired so many artists would open an art gallery of its own. Hakone started to become a popular getaway destination following the establishment of an electric railway from Tokyo’s Shinjuku to nearby Odawara, from where mountain railroads took passengers into the heart of the Hakone region. A small art museum opened in 1952 among the hot springs and ryokans of Gora, one of Hakone’s most popular areas thanks to its accessibility on the Hakone Tozan Railway.

Then, in 1969, entrepreneur and art collector Nobutaka Shikanai caused ripples in Japan’s art world by opening the country’s first outdoor sculpture park, the Hakone Open-Air Museum, in the hills of nearby Ninotaira. The museum, which occupies 70,000 square meters of hills and gardens in the Hakone mountains, was inspired by English sculptor Henry Moore and his philosophy that ‘sculpture is an art of the open air’. Several sculptures by Moore feature in the museum’s permanent collection, complemented by works from Japanese and international sculptors as well as a pavilion dedicated to Spanish painter Pablo Picasso. 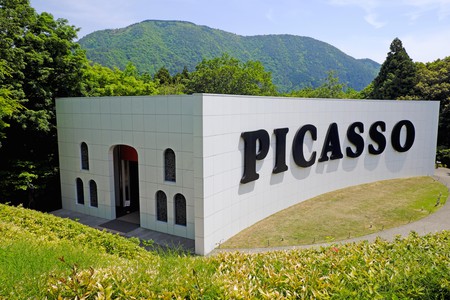 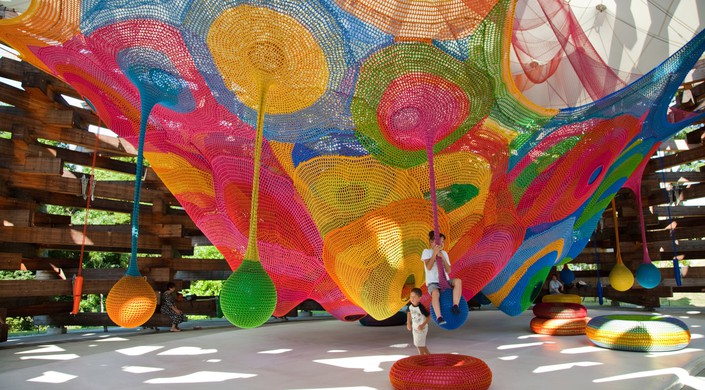 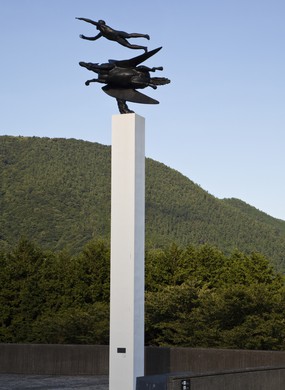 The Hakone Open-Air Museum is the first of its kind in Japan, and features a pavilion dedicated to Spanish painter Pablo Picasso © Wibowo Rusli / Alamy Stock PhotoWoods of Net is an interactive artwork that is used as a children’s playground © John S Lander/LightRocket via Getty ImagesHakone Open-Air Museum is surrounded by hills and verdant forestland © John S Lander/LightRocket via Getty Images

The Hakone Open-Air Museum inspired a new way in which to explore and showcase the cultural interplay between seasonality, nature and art, and prompted many more outdoor sculpture parks to open across Japan. This interaction plays out in the museums and galleries that proliferated in Hakone, too. Many of the region’s art institutions take advantage of Hakone’s spectacular scenery, from the lakeside Naruwaka Museum of Art to the Japanese garden-bound Okada Museum of Art. Alongside traditional art galleries are a handful of small, offbeat museums, dedicated to everything from dollhouses and parquetry to fictional explorer The Little Prince.

Hakone was also home to modern Japanese artist Kei Hiraga, who spent his final years in the region. After his death, his widow transformed their home into a small museum, open to the public for a number of years, but it has since closed down.

Hakone today is known as much for its surprising, eclectic art museums as for its hot springs and natural beauty. Discover how nature and art harmoniously coexist in Hakone with Culture Trip’s complete guide to Hakone’s museums and galleries. 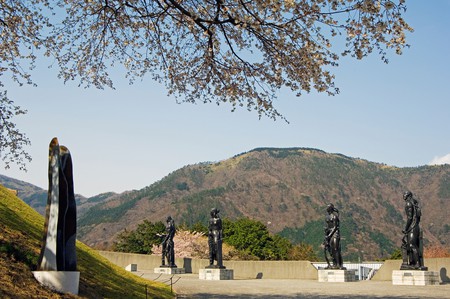 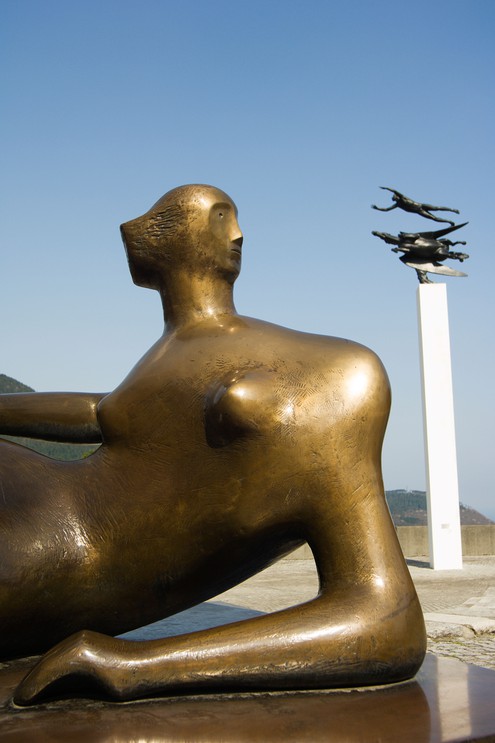 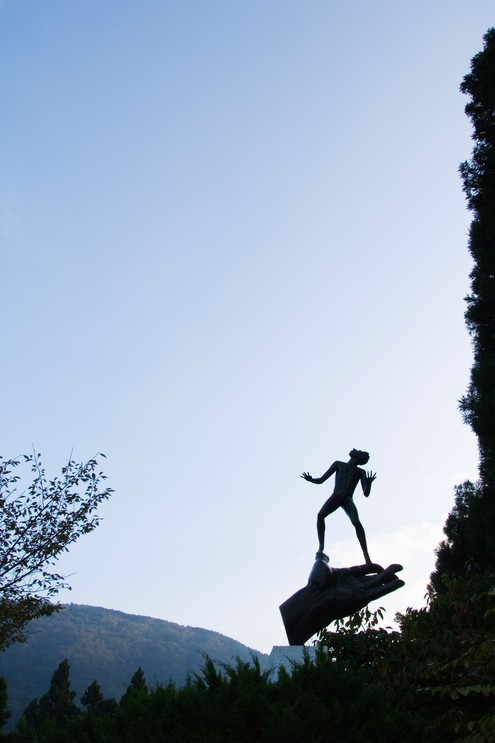