Hirokazu Kore-eda: The Film as a Prescription for Happiness

The critically acclaimed Japanese film director Hirokazu Koreeda brings us closer to the essence of humanity by presenting ordinary, family lives in ways both poignant and subtle. Kamila Kunda examines Kore-eda’s oeuvre as a symbol of modern Japanese society and investigates whether the director can offer us a prescription for more fulfilling lives through his cinematic works.

Watching any of the exquisite films directed by the contemporary Japanese filmmaker Hirokazu Kore-eda, one is compelled to recall Leo Tolstoy’s famous quote ‘All happy families are alike; each unhappy family is unhappy in its own way’. In nearly all his films, however, Kore-eda pinpoints the the source of unhappiness: dysfunctional human relationships, mainly caused by the lack of proper, meaningful communication. This deeply resonates with Japanese culture, in which silence is often valued more than outspokenness. Kore-eda’s films show the director’s preoccupation with the notion of family as the core of society – and yet, if the roots of a family are rotten, there is no hope for creating a healthy society.

Kore-eda intended to become a novelist and indeed his works have a strikingly novelistic flair. His images convey the inner thoughts, feelings and observations of characters and his impressive talent to portray simple stories in a genuinely gripping way contributed further to his international acclaim. Remarkably, Kore-eda appears to be more highly appreciated in Europe than in his native Japan.

Preciously little of the substance we see in Kore-eda’s films may be genuinely novel. Instead the audience is presented with simple stories shown in a new light or from a different perspective, which is where Kore-eda’s genius lies.

Two of his early films, Maborosi and After Life, remind his viewers of the fragility of existence. In Maborosi a young mother tries to rebuild her life after the death of her husband, who is presumed to have committed suicide. She cannot, however, overcome her grief, which resurfaces time and again, pulling her ever-deeper into a void despite her superficial displays of joyfulness.

After Life is a profoundly moving reckoning of the protagonists’ lives, who, following their deaths, find themselves at a special facility which they can only leave once they have chosen one moment from the past to relive for eternity. What we are left with is the sensation that the moments in which we are happiest are often fleeting impressions, something we cannot always appreciate at the time, but which becomes clear with hindsight. 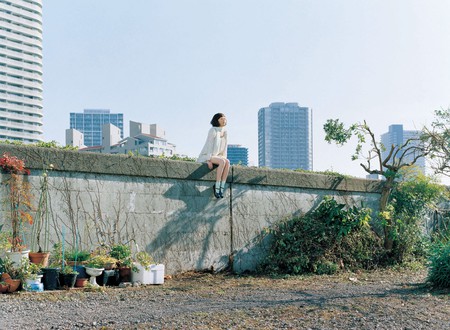 Kore-eda revisits these ideas in his later film, Air Doll, about a life-size blow-up doll, which develops a soul and ends up going on an unintended mission to teach humans the value of life’s simple pleasures: a fresh breeze, sunlight on the skin or a stranger’s smile. There is a fine message in all of Kore-eda’s films for the overworked Japanese, many of whom may have forgotten that individual happiness cannot be found at the office desk but in our relationships with nature and other people.

Indeed individual happiness is emphasized in Kore-eda’s films as a key human desire. Traditionally in Japan happiness has been defined collectively as resulting from social harmony and people’s interaction with each other, rather than coming from or being strictly tied to an individualistic feeling or experience.

While Kore-eda seems to be deeply rooted in his own culture, his espoused values may be quite universal, especially if we accept the family as being the smallest single unit of society. In all his later films: Nobody Knows, Still Walking, I Wish and the latest Like Father, Like Son, which brought him the Jury Prize at the 2013 Cannes Film Festival, family relations are the primary point of reference. Kore-eda explores the dilemmas of parenthood and parent-child relationships, often intimately portrayed from both perspectives.

There is a direct link between Kore-eda’s presentation of the simple life with all its quotidian qualities, and the work of his great predecessor, Yasujirō Ozu, whose Tokyo Story is a masterpiece of quiet family drama. Like Ozu, Kore-eda possesses the ability to retell familiar stories from unfamiliar angles. In his later films there is a visible shift in focus to male characters and complex relationships between fathers and sons. Kore-eda has admitted in interviews to feelings of guilt for the rare visits he paid his parents and the general impatience and brusqueness he exhibited towards them. As a result, Still Walking became his personal tribute to both his parents, and probably a late attempt to make peace with that guilt. 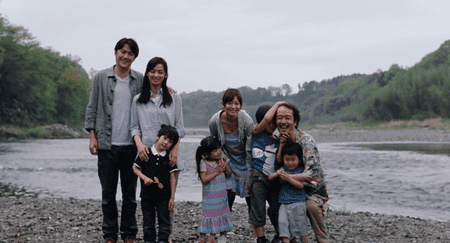 In his most recent film, Like Father, Like Son, Kore-eda presents Japan in what could be described as a transitional period following the devastating earthquake and tsunami of 2011, after which many Japanese realized that toiling for their employers may not be the only prescribed way to live, thereby triggering a substantial refocus on a better work-life balance.

One of the protagonists still sees his own parental responsibilities as limited to spending hours behind his company’s desk, being a reliable breadwinner, but nothing more. The director makes the point of showing him and the audience that a good father is a present father and that a genuinely deep bond between a father and a son cannot be bought with money.

By making values that often appear overlooked or neglected in modern Japan the focal point of his films, Kore-eda reminds his viewers to refocus and re-evaluate their own priorities. His intimate, subtle and charming dramas speak volumes of Japanese society, while being at the same time deeply universal. It is Kore-eda’s tender depiction of what is most humane, what constitutes the kokoro (the essence) of human existence and what we should preserve by any means, which chimes so personally with audiences all over the world and critics alike.