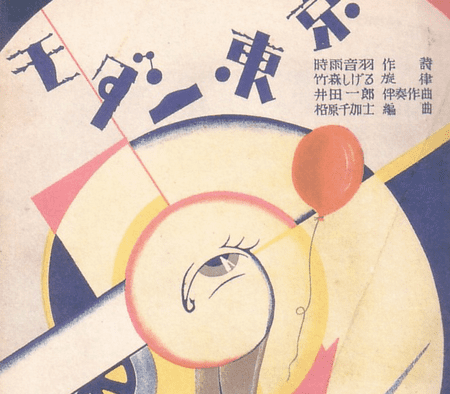 Advertisement for Nippon circa 1920 © Nippon Corp.

Spiral Staircase, the first comprehensive gathering of the poet’s works in an English edition, is a cause for celebration that has been almost a century in the making.

Tokyo’s Hibiya Park, which houses the city’s High Court and faces the East Gardens of the Imperial palace, functions like New York City’s Union Square, a public park often used for protest, free speech, busking, and more rarely, a picnic. It may have also have contributed to the birth of Japan’s avant-garde movement. In 1921, a young poet named Hirato Renkichi stood on one of its corners handing out a flyer headed “Manifesto of the Japanese Futurist Movement”. Under it were several bullet pointed charges that championed a modernized, machinated world. To give a couple of examples:

Most graveyards are already useless. Libraries, museums, and academies do not even amount to the sound of one automobile skidding on the street. Try sniffing the stench behind the piled books; the superior freshness of gasoline is manifold.

These proclamations might be the work of a crank (another type of inhabitant found in Hibiya Park and Union Square), but Spiral Staircase, the first English language collected edition of Renkichi’s poetry showcases the work of a brilliant and sui generis mind through a sterling translation by Sho Sugita (who also provides an insightful introduction). The collection spans from 1916, when Renkichi was fresh out of University, to 1922, when, at the age of 28, his life was cut short by a pulmonary disease.

Despite having only a six-year career, Renkichi’s published in numerous literary journals. His talent for voice and free form developed astronomically, and it appears that there was no poem that Renkichi couldn’t write well. Even the earliest poems included in Spiral Staircase demonstrate Renkichi’s knack for mantra-like stanzas:

(from “Fragrance and Touch”)

(from “The King of Heaven and Earth”) 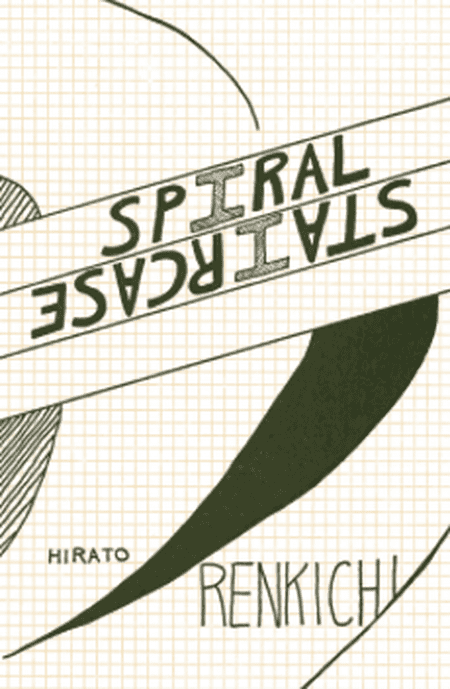 The end of the WWI seemed to jolt Renkichi from metered murmurs into ecstatic proclamations. In what would be known as the Taishō Democracy, the post-war period was time of liberal social movements, industrial modernization, international influence, political upheavals; Renkichi seemed determined for the arts, particularly poetry, to keep up. Lines commonly end in exclamation marks, typography is liberally manipulated, machinery, particularly cars, are a reoccurring trope; Renkichi’s inner monologue speaks in declarations, then slips into looping words, repeating them ad hominem until they syntactically disintegrate.

(from ‘Music Inside the Box”)

Spiral Staircase roundly demonstrates how aware Renkichi was of what he wanted out of poetry. The onomatopoeia isn’t Renkichi screaming in people’s ears, but rather the cacophony of his environment, which Renkichi grabs and holds as if it were an electrical current. In one poem, he writes:

Directness is my more
My action
My art

The most provocative work included in Spiral Staircase are the opening from an unfinished novel (his prose is as energetic as his poetry) and the crossroad-like poem, “Four Developments in My Poetic Movement” — a quartet of short verses assembled from different movements. One poem proffers an artistic equation with francophonic flair (futurisme+cubisme+ dadaisme=expressionisme); another exemplifies temporal futurism through a phonetic explosion.

In his afterword, fellow translator Eric Selland notes that while Renkichi wasn’t the first Japanese futurist (that honor goes to Hagiwara Sakutarō), Renkichi may have been the force that galvanized it into a fully-fledged vision. Alas, Renkichi, who published several fundraising appeals a Japanese magazine, was only able to sign a contract while on his death bed and never saw his work bound into a single collection. Still, he had enough admirers that a Selected Poems (which forms a large chunk of Spiral Staircase) finally appeared in 1931 cementing Renkichi’s legacy. Even if this English edition has taken 90 years to be realized, the futurism it offers has been worth the wait.