A little over 400 years ago, Tokyo was a bustling town known as Edo and the seat of the formidable Tokugawa Shogunate. While the Emperor reigned over Kyoto, the nation’s capital, Tokyo was nothing more than a lively castle town. So how did this city grow to become one of the most powerful cities in the world and the capital of Japan?

From village to castle town

“Edo” was first established as a village sometime during the Kamakura Period (1185–1333). It was named Edo after Edo Shigenaga, then the governor of the Kanto region. Thanks to convenient access to busy land, river and ocean travel routes, the governor decided to make this bustling village his headquarters. Regardless, if it weren’t for Tokugawa Ieyasu’s decision to establish the Tokugawa Shogunate there in 1603, Edo would never have grown into the city it is today. 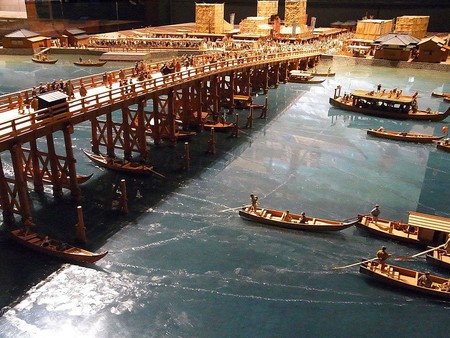 Model of Tokyo as it was during the Edo Period, at the Edo Tokyo Museum | © 江戸村のとくぞう/WikiCommons

Edo was a good candidate for the new political power for several reasons. One was that Edo Shigenaga had built himself a good castle in the center of town which Tokugawa could easily expand on. A second reason could be the way in which Tokugawa won his power.

Several years earlier, the feudal daimyo (lords) of Japan were divided into two warring factions: the Western Army and the Eastern Army. Tokugawa supported the latter, which included many lords from eastern Honshu where modern-day Tokyo is located. The final clash between these groups was the Battle of Sekigahara, which ended in victory for Tokugawa. The Emperor named him shogun in 1603 and quickly established his headquarters in Edo, among the territories of his original supporters. 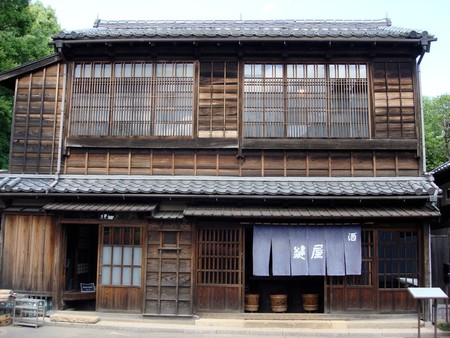 Historic recreation of a store in Tokyo during the Edo Period, at the Open Air Architectural Museum | © Fumiya Fujihara/Flickr

By 1721, Edo had become the most populous city in the world. It was the center of politics and commerce in Japan, facilitated by the power of the Tokugawa Shogunate. The shogun’s power had grown to exceed even that of the Emperor, even though it was the Emperor who validated the shogun’s position in the first place. Edo remained intensely important both politically and economically, but it wouldn’t take the title of “capital city” from Kyoto until the Meiji Restoration.

During the Meiji Restoration, the Emperor’s supporters fought to restore the Meiji Emperor to his throne and dismantle the feudal system. The last shogun of Japan was Tokugawa Yoshinobu. He gave up his power and position to the Emperor in 1867, after the Imperial Army defeated the Tokugawa forces.

The Tokugawa territory of Edo was also relinquished to the Emperor. Rather than attempt to shift all of Edo’s power and influence back to Kyoto, Edo Castle simply became the new home of the Emperor, the future Imperial Palace. Subsequently, in accordance with tradition, Edo became the capital of Japan. The following year, the city received a new name: Tokyo, the “Eastern Capital.” 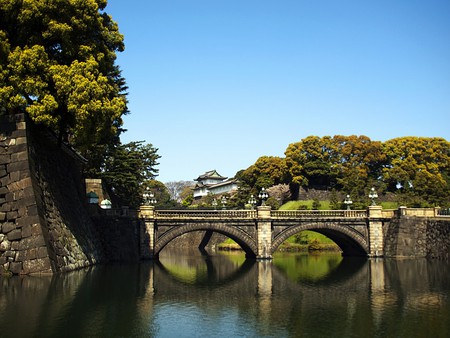 Tokyo became the capital of Japan at a pivotal time in history. At the turn of the 20th century, technologies such as automobiles, telecommunications, and manufacturing were just beginning to take off. In Tokyo, Western fashions and architecture came in style, and the cityscape changed drastically. Japan’s first Prime Minister, Ito Hirobumi, and his Cabinet came into power in 1885. 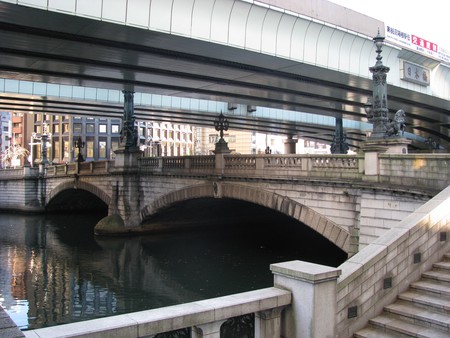 Tokyo City officially became a city on May 1, 1889. The original municipal limits included only the 23 special wards of Tokyo. These wards later merged with outlying regions, such as Mitaka-shi and Musashino-shi, after World War II, creating the enormous Tokyo Metropolis boundaries of today, which includes 62 distinct municipalities (including the original 23 special wards).