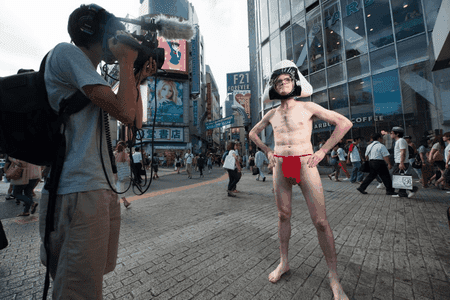 In today’s climate of instant viral fame, unintentional attention and 24-hour news cycle, it’s never been more accessible to garner celebrity status. On the other hand, the concept of ‘big in Japan’ is not necessarily new. In an overwhelmingly homogenised nation, the country has long been a magnet for many foreign hopefuls looking to capitalise on their ‘uniqueness’ as a way to springboard into the world of celebrity stardom.

So, what happens when these two elements come together, creating what’s arguably the perfect petri dish on which to conduct the ultimate social experiment of becoming famous? Well, in their recent documentary, Big in Japan, three filmmakers went to find out.

The film goes beyond the team’s experiment, following the career trajectories and retirements of other non-Japanese who have aspired to capitalise on the world of foreign celebrity, including Ladybeard, one of the country’s most fascinating figures on J-Pop circuit.

We spoke with Dave Elliot-Jones, aka ‘Misuta Jonsu’, the film’s guinea pig, main protagonist and writer/producer, to learn more about his journey, the bizarro world of viral celebrity culture, and what it means to be ‘big in Japan’ in today’s world of frivolous, fleeting fame.

Big in Japan from Walking Fish Productions on Vimeo.

How did the concept of the film sprout?

The three of us were had been interested in the changing nature of fame for quite some time. As teenagers of the early noughties, we saw the rapid emergence of reality TV and YouTube, propelling seemingly ordinary people to the heights of fame almost overnight. This new type of fame didn’t necessarily have the perks of money and prestige like classic fame, so we were curious to investigate it. We thought a hilarious way of doing this would be a fame experiment involving me doing whatever it takes to get fame as a hopelessly ordinary person. 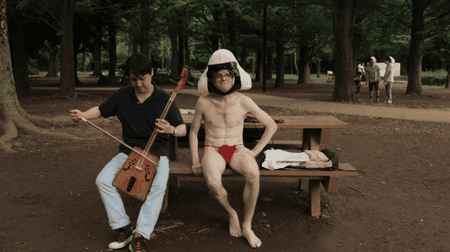 Onigir Man hanging out in the park | © Big in Japan

Out of all the countries in the world, why Japan?

Ordinary foreigners have been getting famous in Japan for years (what’s known as the ‘Big in Japan’ phenomenon). We saw foreigners doing all kinds of crazy things on Japanese TV, and realised that they were celebrities over there, despite being relatively unknown in their home countries. We thought it would make an interesting case study for fame.

Did you think that being a foreigner in Japan would automatically give you a point of difference? Do you think it was a help or hindrance?

Definitely a help. As a foreigner you’re rare. That translates to opportunity if you’re a fame-seeker. Japan attracts a lot of foreigners models/actors/performers looking for a break. 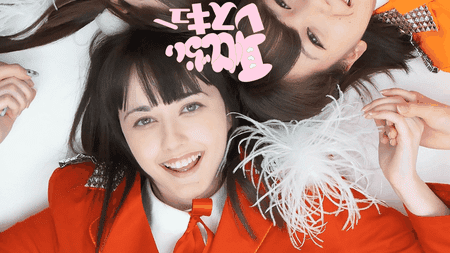 Kelsey, a Canadian born aspiring J-Pop star, and one of the documentary's main subjects | © Big in Japan

In terms of becoming famous, did you have a specific plan in mind? How were you going to go about it?

We wanted to compare traditional TV/analogue fame with emerging online fame. I signed up to a talent agency (which casts foreigners in ads and TV shows) and set up a YouTube channel. We created an online persona for me known as Mr Jonesu, a much crazier version of myself who would do anything for fame. We tried a whole bunch of things, like getting professional photos to land TV jobs, viral stunts and networking at YouTuber events. Our method was ‘do whatever it takes’ to get fame. 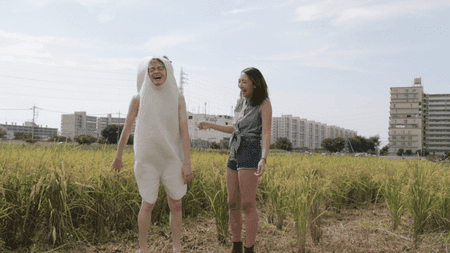 Who was the most interesting or inspiring person you met along the way?

Too many interesting people to list! Ladybeard is really fun. He’s a cross-dressing, heavy-metal singing, wrestling Aussie who has made a name for himself in Japan, mostly by grassroots efforts online. 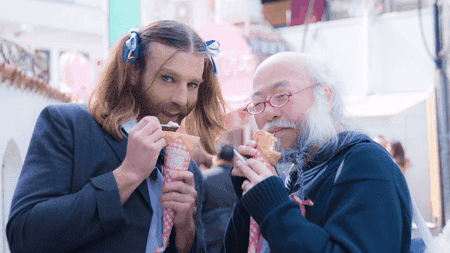 Ladybeard on the streets of Harajuku | © Big in Japan

Did you have any assumptions about Japanese culture that were totally wrong? What were they?

We thought that Japanese gameshows were a really big thing, but it turns out they’re not that popular anymore. I think they were a big phenomenon in the ’90s when TV budgets were much higher.

In another interview, you spoke about getting TV roles (as a foreign nerd) – how difficult or easy was that process?

Surprisingly easy! I already look like a nerd so we played to our strengths and accentuated that look. We got professional photos to make it look like I played nerd roles already, and then it was fairly easy to land auditions, at the very least. Side note: it’s pretty weird going into a room full of nerdy guys with glasses who look really similar to you. 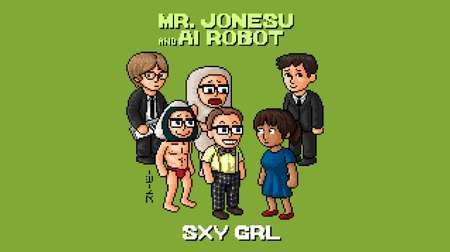 What were the most inspiring and depressing aspects of exploring fame in Japan?

The most inspiring thing is the idea that we have this level playing field known as the internet, and that you can achieve recognition or success in what you do if you’re tactical about it. It’s great news for indie artists such as documentary makers! Most depressing is the price of fame. There’s always a price, whether it’s loneliness, hard work or loss of freedom.

What was the strangest brush with fame experience you had?

Going viral on Twitter. It’s really hard to describe. Lots and lots of notifications, and yet somehow it doesn’t feel real.

What is the biggest takeaway you learned about Japanese modern culture?

Personally (documentary aside), I think the proverb ‘hammer the nail that stands out’ is pretty interesting, and explains a lot about conformity in Japan. Seniority is a really big thing in Japanese workplaces, and people are often rewarded for doing ‘the done thing’ rather than doing something original and innovative. 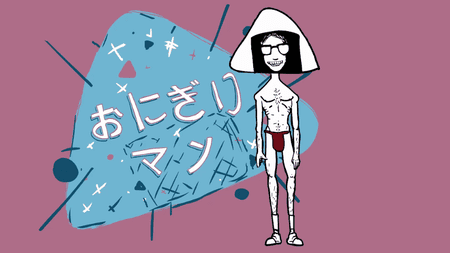 Fandom in Japan is so different from fandom in the West. There is a lot more interaction with the stars, and you see a lot of ‘superfans’ who attend every event and buy tons of merch to support their favourite star. 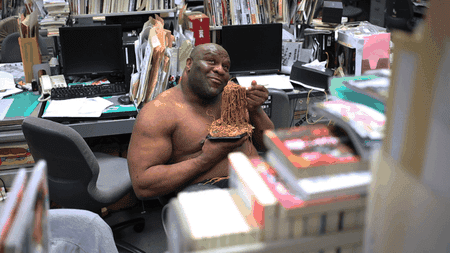 Bob Sapp, one of Japan's biggest and most likely celebrities | © Big in Japan

All an artist/group/star needs is a handful of these superfans to make their practice sustainable, which means you get a lot of small-scale celebrities, whereas in the West our celebrities traditionally have massive followings, although social media is changing that.

Celebrity in Japan is often highly commodified; everything has a price, and that can also include human interaction (tacitly speaking – you buy merch and this affords you contact with the star).

If someone asked you your advice for becoming famous in Japan, what would you tell them?

First of all, it’s worth asking: why fame and why Japan? Getting famous can be difficult, expensive and costly in other ways. If you’re set on fame in Japan, I think it’s worth nurturing a talent and concentrating on a niche, e.g. cosplay, singing, wrestling. 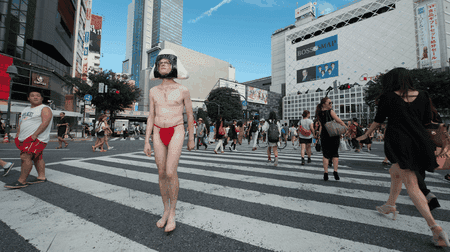 If you want a Japanese audience, a grasp of the language is vital, so I suggest studying up! Living in Japan is actually pretty easy for a foreigner. Provided you have a university degree, you can get a job as an English language instructor, and many companies will sponsor your visa. It’s a fun way to have a working holiday and I highly recommend it! Japan will blow you away.

The film is set for online release this July, and is available for pre-order on Vimeo and iTunes now.