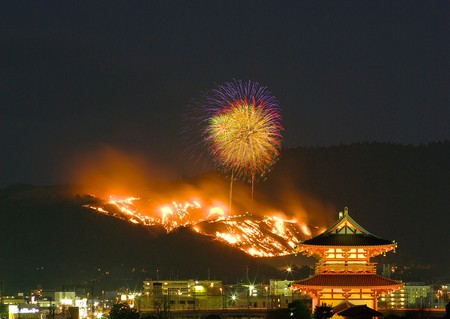 On the fourth Saturday of January, while fireworks light up the night sky in Nara, a mountain comes to life in a fiery haze. The festival, known as Yamayaki, originally started as a land dispute between Kofuku-ji Temple and Todai-ji Temple in the 18th century. The heated confrontation led to the burning of the dry grass on Mount Wakakusa, which was at the heart of the feud. Setting alight the entire mountain is now an annual ritual and, has been carried out every year for hundreds of years in the name of tradition.

The celebrations begin in the afternoon, with a range of activities and food stalls setting up base around the foot of the mountain. As darkness begins to fall, torches are lit with sacred fire by monks at nearby Kasuga Taisha Shrine, who carry them in a procession to the bottom of the mountain before lighting a bonfire and conducting a special ceremony. The grass is then set ablaze by priests from both Kofuku-ji and Todai-ji – a symbolic act of brotherly love – whilst onlookers watch as the flames slowly progress to the peak.

Mount Wakakusa as seen in autumn, before being spectacularly set alight. 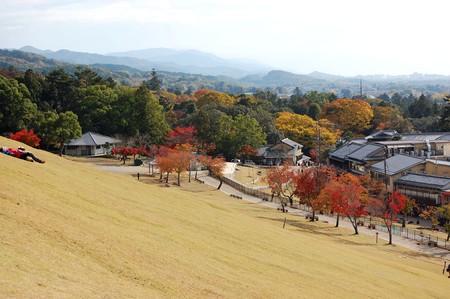 As light begins to fall, preparations for the festival start. 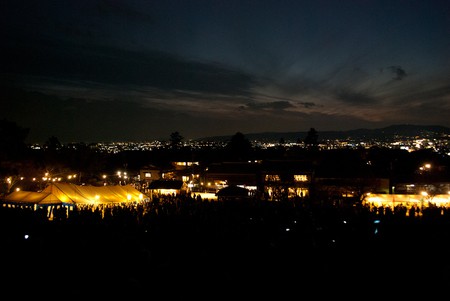 Flaming torches are carried to the foot of the mountain by monks. 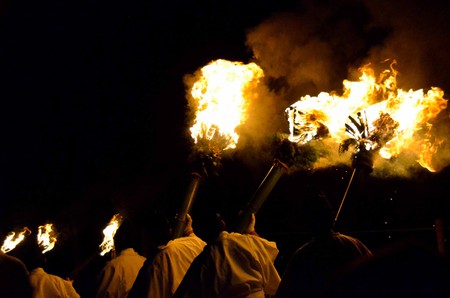 After a special ceremony, the mountain is set alight in a blaze of glory. 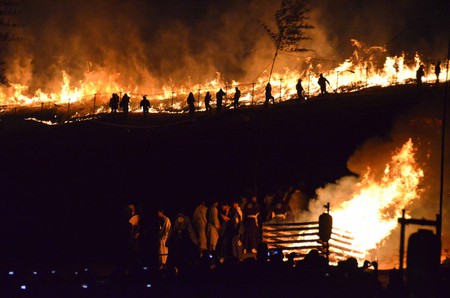 The grassfire burns bright into the night, creating a mesmerizing scene. 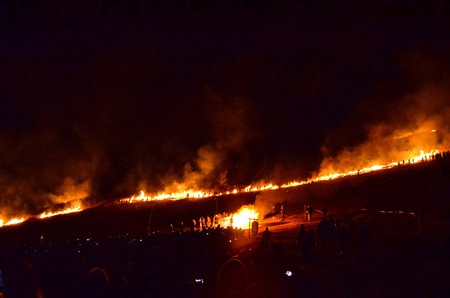 After the initial blaze has begun, 200 fireworks are set off. 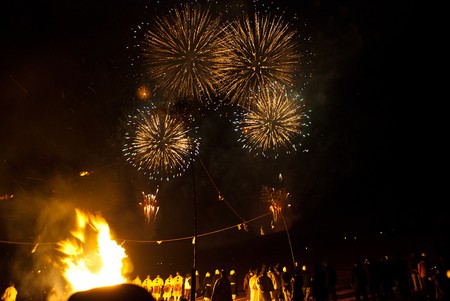 The burning of Mount Wakakusa as seen from a distance in Nara City, Nara Prefecture, Japan.