Here’s Why Most Adoptees in Japan Are Grown Adult Men 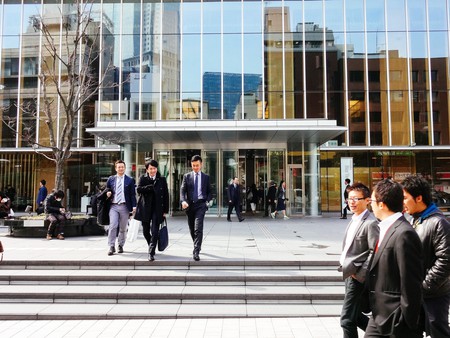 It’s no secret that Japanese workers are dedicated to their jobs. Indeed, devoting your life to your career is so commonplace that there’s no word for forced retirement in Japanese, but there is a word for death from overwork: ‘karoshi’ (過労死).

One unique aspect of Japanese culture beyond this, however, is that many workers are actually ‘adopted’ by their companies. In Japan, the highest level of adoptions, 98% to be precise, are those of adult men between the ages of 20–30 years old, who are adopted by their bosses.

This type of adoption isn’t something new. It’s a fact that has been covered in a number of economic and academic articles for ages, and it’s a practice that’s been happening for hundreds of years. The biggest question on everyone’s mind is ‘Why?’ 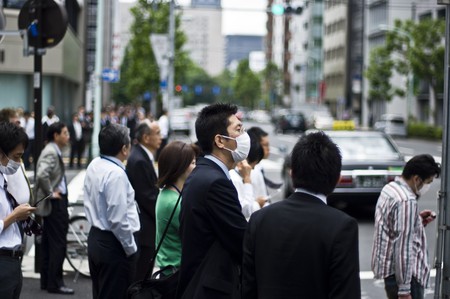 Covered in ‘Sons and Lovers: Adoption in Japan’, an academic article by Taimie L. Bryant for The American Journal of Comparative Law, and on a more mainstream stage in Freakonomics, the popular book series by economist Steven Levitt and journalist Stephen J. Dubner, the practice has a lot to do with the ideologies of keeping the ‘family-run business’ title.

Before the Second World War, Japan had a civil code which commanded that the family wealth would be passed down along the male line, meaning that the eldest male son was typically the next in line. If the family did not have any blood-related sons, or their sons were considered an unsuitable heir, an adopted son could carry on the family name and business and receive the wealth passed down from a death in the family.

Today, this tradition of legal adoption is often paired with an arranged marriage situation known as ‘omiai’, that is if the company boss has a daughter. What happens is the adopted son marries the daughter of the boss and takes her family’s name. Here, he becomes both the son and son-in-law, known in Japanese as ‘mukoyoshi’. There are even matchmaking companies that recruit available adoptees for company bosses. 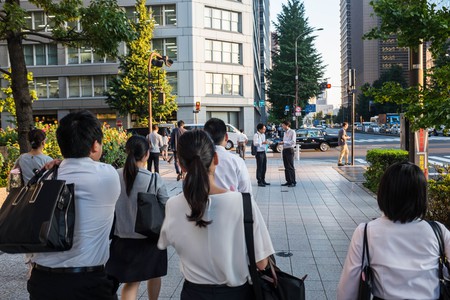 Though it sounds bizarre and archaic – which when compared to Western-run companies, it probably is – it’s the main reason why many of Japan’s businesses, such as the famous car makers Toyota and Suzuki, still boast the ‘family-run’ title. The CEO of Suzuki, Osamu Suzuki, is the fourth son to be adopted in order to run the group.

Many theorists predict that even though we’re now in 2018, this trend isn’t going to die. As the nation’s age continues to increase at an almost alarming rate while the birth rate is declining, adopting adults to keep the ‘family name’ alive is really one of the very few options left for company founders trying to uphold a legacy – whoever said ‘you can’t choose your family’ clearly wasn’t a Japanese employee.