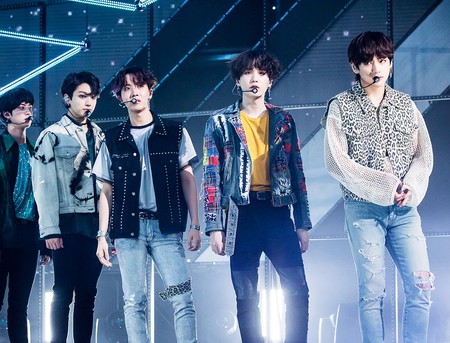 With the global domination of Korean boy group BTS, K-Pop has never been hotter. Although they may be lumped into similar sentences, J-Pop (Japanese pop) and K-Pop are two very different beasts, and the latter is far superior.

In pop music history, it’s likely that 2018 will be known as the year of BTS. The seven-member group are delivering speeches to world leaders and breaking sales records simultaneously. They’re almost singlehandedly spearheading an international campaign to bring K-Pop to an international audience. Over the years, K-Pop has emerged as one of the most dominant forms of pop music globally, and it’s only set to get bigger.

K-Pop has an international perspective

Ultimately the pop music world is a business, and these days the market is global. So, if there were points awarded for international business acumen, they’d go straight to K-Pop. Concerning fandom, the Korean music scene is significantly smaller than Japan. Since Korea has a smaller population than Japan, in order to succeed financially, K-Pop bands have to aim for a larger international audience. The musical and fashion stylings of K-Pop groups draw from a pool of foreign influences, making them more accessible and relatable on a level that breaks through the language barrier.

This point isn’t to say that J-Pop idols don’t work hard. However, Korea has one thing that Japan doesn’t: dream-making (and breaking) pop music schools.

A K-Pop academy in Gangnam recruits wannabe hopefuls so they can devote endless hours perfecting dance routines, hair and make-up and the skills necessary to even consider a career in the K-Pop scene. The K-Pop star-making machine doesn’t come without its controversies, however. The industry has come under fire for snatching up talents and chaining them to so-called ‘slave contracts’, which require that signees stay with the management team for up to a decade before even debuting (a term used in J- and K-Pop for performing in public). During this time, many signees are also expected to pay back all the fees for vocal and dance lessons spent on them while in training. 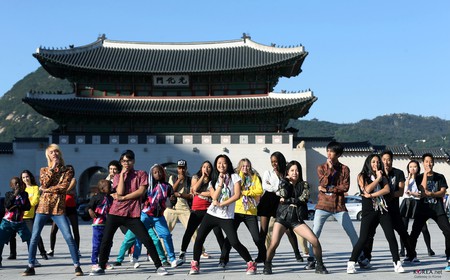 The almost too-perfect mega machine that is Korea’s biggest pop export to date, boy band BTS recently made headlines for all the right reasons. In September, they delivered a powerful speech to the United Nations as part of a global partnership with charity organisation Unicef. Their three-minute speech touched on “the global education and training crisis currently holding back millions of young people and threatening progress and stability.” The group partnered with UNICEF before working as ambassadors for an anti-violence campaign titled Love Myself.

Japan does get credit for challenging gender norms – just look at the immensely influential visual kei movement. However, in recent years, it’s been K-Pop that’s knocked down barriers. A feature on LGBT representation in K-Pop takes a look at just how the concept of ‘skinship’ – a physical affection between bandmates of the same gender has helped queer-identifying fans see themselves on a mainstream platform. Although it may not be an overt statement towards LGBT issues, it’s a step in the right direction. 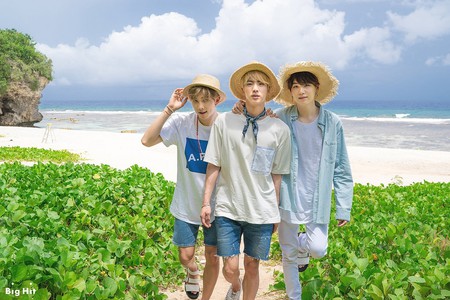 K-Pop is encouraging kids to read

If you like your pop music with a side of literary influence, then K-Pop is the way to go. The 2016 album Wings by BTS has been scrupulously studied by literary and pop music fans alike for its connection to the 1919 German novel Demian by Hermann Hesse. The band used excerpts and drew thematically from the book, which can be read about in depth in plenty of fan forums. According to news reports, sales of the novel also increased following the album release.

Compare the two biggest players in each league: AKB48 for J-Pop, BTS for K-Pop. In Japan, the meet and greet is a sales manoeuvre. Fans have to purchase CDs to enter a lottery where, if lucky, they may get the opportunity to line up at a designated time and place to shake hands and exchange a few vague pleasantries with someone from the 100-plus member group. BTS’s incredible online interaction with fans this year scored them a Guinness World Record title for the highest number of Twitter engagements, kicking Harry Styles off the throne. 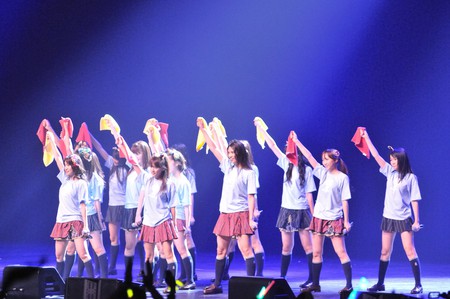 It’s much easier to hunt down a K-Pop Hit

J-Pop has long been notoriously elusive for international audiences when it comes to music accessibility (legally at least). Because the J-Pop market is so heavily geared to a national audience, one of the very few audiences in the world that still purchases CDs, many recorded works of pop artists are trapped in this physical realm.

The big-wigs of the Japanese music industry have a stronghold on accessibility, and understandably so, since it’s basically the main avenue through which they can make money. However, with the ubiquity of streaming platforms, it’s not much of a viable business model on a global scale. As mentioned, K-Pop relies heavily on an international fan base, and streaming platforms are key to reaching that fan base. 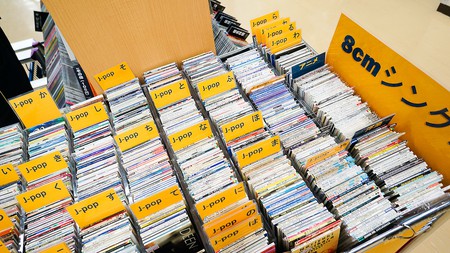 Kawaii (cute) culture is very intrinsically tied to Japanese pop culture. Cute is fun for sure, but some argue the overt sexualisation of childlike cute, like in AKB48’s criticised music video ‘Heavy Rotation’, blurs a line that some argued shouldn’t be blurred. Many K-Pop stars are sexualised – as are stars across countless other musical genres – but without the prepubescent childlike symbolism.

J-Pop breakthrough star Kyary Pamyu Pamyu deserves some kudos for her work in the fashion realm. A model, blogger and genre-challenging artist, she’s been referred to as the ‘Japanese Lady Gaga’ countless times, but her style is primarily confined to her wacky pop world. Looking at fashion influence in on a broader level, K-Pop stars like G-Dragon and CL have literally influenced the biggest names in the fashion world, having worked with fashion designer Jeremy Scott, who has labelled both the artists as his muse.

K-Pop artists performed as part of the Olympics’ opening ceremony

During the 2018 PyeongChang Olympics opening ceremony, the event organisers selected a handful of internationally recognised and more local K-Pop songs. On social media, there was generally a sense of pride for the acts and excitement for the modern twist on a somewhat traditional event.

If you were wondering whether J-Pop stars would be getting the same exposure come 2020, it’s unlikely. When the AKB48’s manager Yasushi Akimoto put forward the idea that the group perform for the Olympics, Japanese TV celebrity Matsuko Deluxe claimed it would be ‘an embarrassment’. It was a sentiment that received a lot of international attention, which doesn’t bode well. 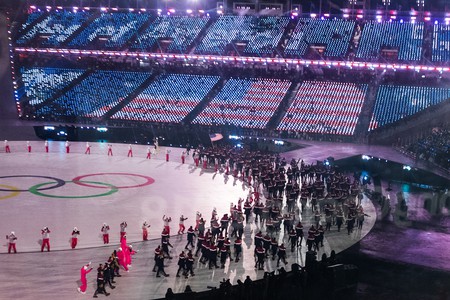 The judgement is in

If there was one final argument to rest the case that K-Pop is by far the superior form, let it be one from the professionals. A little earlier this year, a Korean pop music show, Produce 48, recruited Japanese singers to compete against the Korean contestants.