Hayao Miyazaki’s Castles in the Sky

The films of the Japanese director Hayao Miyazaki have been universally praised in American and Europe. However, does this somehow reveal a profound cultural division between East and West? 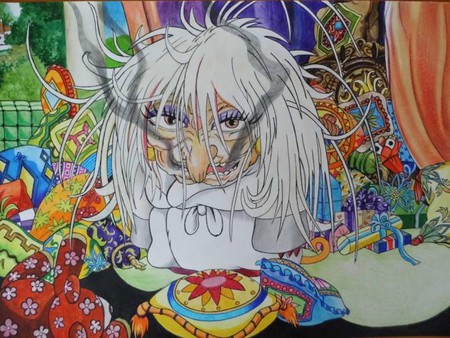 Until the release of Spirited Away in 2003, you might not have heard of Hayao Miyazaki. Making largely child-friendly films from his Tokyo production company, Studio Ghibli, Miyazaki was known only by the anime enthusiasts and art-house cinema goers. But in 2005, Spirited Away went on to win the Oscar for best animation, paving the way for Miyazaki to be considered by many as, in the words of Pixar’s John Lasseter, ‘the world’s greatest living animator’.

We all know the phrase “lost in translation”, but in this case how much has been lost and what, if anything, has been gained?

The rights to Miyazaki’s films were purchased by Disney in 1997. Unlike other foreign acquisitions, however, they were sold with specifically no marketing allowances and strict guidelines on preserving the finished pieces. There’s a famous story in circulation that during the management of the US release of Princess Mononoke, Miyazaki’s producer sent the Disney team a samurai sword complete with a very sharp message: no cuts.

Despite being immaculately preserved, they would always have to be translated into a host of different languages which meant that a layer of understanding would inevitably be lost along the way.

My Neighbor Totoro is the story of two sisters who move to rural Japan and befriend the local forest spirit, who lends his name to the title. In the Japanese audio version, the younger sister Mei refers to the elder as ‘Onee-chan’, which is Japanese for ‘big sister’. In the dubbed version, Mei calls her big sister by her name, Satsuki. Mei has so much reverence for her Onee-chan that she often copies everything she says. Due to the Japanese alphabet being comprised of syllable sets, it seems like Mei is copying the sound of Satsuki’s voice rather than the exact words, but in the dubbed version she repeats the words exactly. The change doesn’t seem to be particularly dramatic, but the edited version misses the cultural significance of the admiration younger siblings show for their Onee-chans.

It would be wrong, however, to assume that this makes the subtitled version a superior film. Miyazaki’s works are comprised of so much visual beauty that it’s almost a shame to have to avert your eyes for even a second to scan some text at the bottom of the screen. The towering bath house in Spirited Away, a design which was inspired by the Dōgo Onsen in Matsuyama, is absolutely awe-inspiring. Surrounded by ocean, its local train speeds along a slightly submerged railway as if skating across the surface of the water. The dialogue is irrelevant in the face of such incredible imagination.

It’s easy to see why the films of Hayao Miyazaki are held in such high esteem artistically, but why are they not then more widely viewed by Western children?

Traditional children’s stories tend to feature steadfast character tropes; the good guy and the bad guy fixed in their opposite positions until the very end when (spoiler) the good guy wins. In Miyazaki’s stories, things are rarely that simple. The apparent antagonist of Spirited Away, the gnarled bath house owner Yubaba, is in reality a stressed out business owner with a host of unruly employees and ghostly clientele to manage. In fact, none of the characters seem particularly inclined towards good or evil, but rather they are all flawed individuals in a bizarre and difficult situation working towards some sort of peaceful normality (or as normal as can be in a bath house for spirits).

If Miyazaki’s works face any criticism at all, it is usually directed at the way they treat resolution. As his films defy traditional Western descriptions of character roles, it’s only natural that they can’t be rounded off in a similar way. Characters tend to transform as their journey progresses, some even disappear only to return within the final five minutes of screen time. It’s true that at times Miyazaki’s films can be hard to follow, especially for younger viewers, but why shouldn’t films challenge our viewing patterns? Why should there be only one way to tell a story? 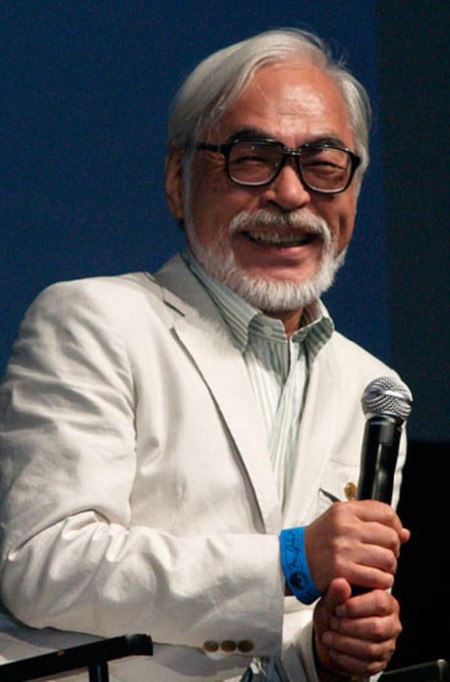 In an interview with The Guardian, Miyazaki said, “Film crosses so many borders these days. Of course it is going to be distorted.” The true wonder of Miyazaki’s films is in the way they so easily locate and tap into universal themes. In My Neighbour Totoro, he gives us rabbit-eared forest spirits, soot demons and a cat that doubles as a public bus. It is a world of winding trees and boundless fields ripe for the adventurous eyes of a child.

On the other hand, there is a scene in which four-year-old Mei gets separated from her older sister. Her footsteps slowly fall into silence, every tree and house begins to looks the same and as her sister doesn’t answer to her calls, Mei feels a simple but very real terror. The fact that Miyazaki is able to effortlessly draw out the hopes, fears and wonders of a young child is astonishing and the sign of a masterful storyteller.

One of Miyazaki’s more recent releases is Ponyo, a perfect demonstration of his continued craft. Aimed at a young audience, it tells the tale of a goldfish who, after befriending a five year old boy, dreams of becoming a human girl. The film is set largely in a sea full of meticulously hand drawn waves that give the roaring ocean an unearthly feel. Waves that curl, waves that crash, waves that softly brush the shore, all are personally seen to and designed by Miyazaki himself. In a medium which is becoming increasingly sidelined by CGI animation, it is inspiring to see this master craftsman still hard at work writing stories and enriching them with beautiful artwork for the world to see