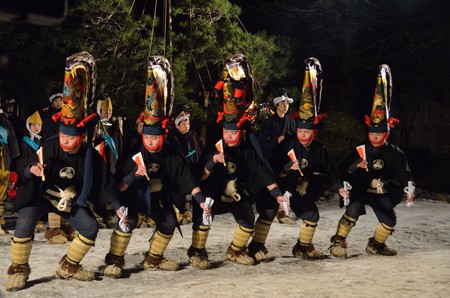 Every spring in Aomori Prefecture, locals perform a traditional dance to pray for a rich harvest after the long harsh winter. Hachinohe Enburi welcomes the arrival of the northern spring and is an expression and prayer by the people for a bountiful harvest. This truly unique festival is a must-see event in Japan in early spring.

Hachinohe Enburi is a traditional dance from Hachinohe City that grew out of the harsh winters of the Tohoku region of northern Japan. Dancers called tayu, wear large brilliantly-ornamented eboshi headdresses and perform a traditional dance in which they scrape the frozen earth. The ritual is believed to shake the gods of the fields to wake them up after a winter slumber and to put the people’s spirits into the earth. The dance is said to have taken its name from a farm tool called eburi, which flattens the ground. The dancers shake their heads around in wide arcs, which expresses a set of actions involved in rice cultivation, including sowing and planting seeds. The dancers along with flute-players, drummers, and singers in groups of between 10-30 members parade through Hachinohe City. The dance has been designated as a National Important Intangible Folk Property of Japan. 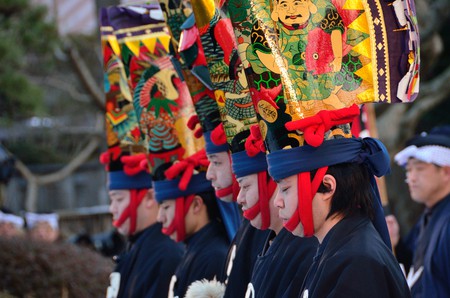 The origins of Hachinohe Enburi

There are lots of different opinions about how Hachinohe Enburi might have started, including several well-known legends. It is believed to have started during the Kamakura Period (1185-1333) when the founder of the Nanbu Clan, Mitsuyuki Nanbu, came to the Oshu area of Iwate Prefecture. At the first New Year after his arrival, some of his drunken retainers caused a lot of commotion with a boisterous sword dance. A local farmer, seeing this commotion, excitedly began singing a rice-planting song, and with farm tools in hand, started dancing. This event is said to be the origin of Hachinohe Enburi. 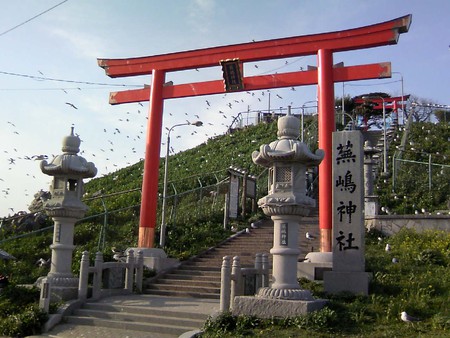 There are two types of enburi dances, Naga-enburi and Dosai-enburi, both express scenes of farm work. The Naga-enburi dance is a graceful dance featuring slow singing and gracefully gestures. The tayu dancers wear gorgeous eboshi headdresses with bright red peonies attached to them and hold kandai (hoe handles) as they dance. The headdresses are designed in the shape of a horse’s neck, as horses were an indispensable tool in farm work. The Dosai-enburi is a bold, lively dance with the songs and gestures using a fast tempo in contrast to the Naga-enburi. The dancers carry sticks called jangi, which have metal fittings attached. 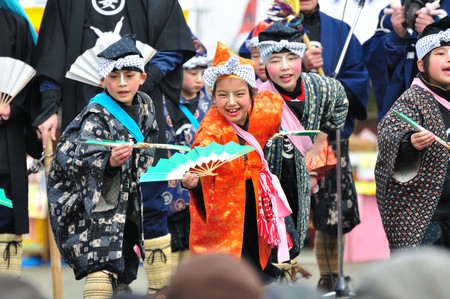 You can see different kinds of enburi during the festival including:

Gozen Enburi, formerly performed in the palace of the feudal lord, now performed in front of the town mayor at the city office on February 17th.

Kagaribi Enburi, which is performed by the light of a bonfire at night from February 17-20. 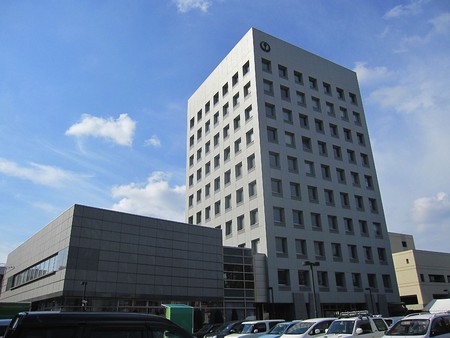