Geisha: The Truth Beyond The Fantasies 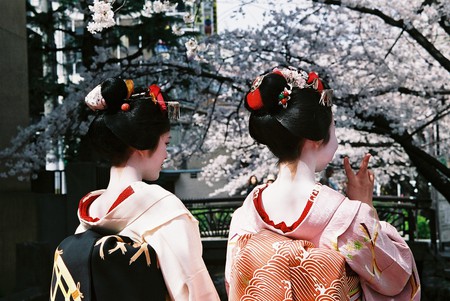 Geisha are artisans. Their craft? Conversation, entertainment and performance. They are protectors of an ancient culture and custom. It’s often said that a night with a geisha is like spending an evening with an old friend — such is their way with words and conversation. Take a peek into the mysterious world of the geisha of Japan.

Origin of the Geisha

Long ago, during the Edo Period, a class of women slowly began to rise up from the ranks of the pleasure quarters. These women were set apart by their wealth of skills in various arts — flower arranging, music, poetry, dance — as well as their conversational crafts. Not engaging in sexual relations with their clients only served to further elevate their status; they were elusive, like flitting butterflies, which only made patrons want them even more. Having geisha entertain you at your business meeting or dinner with VIPs became a status symbol. A profession was born, along with a strict set of rules — etiquette and related businesses springing up around it. 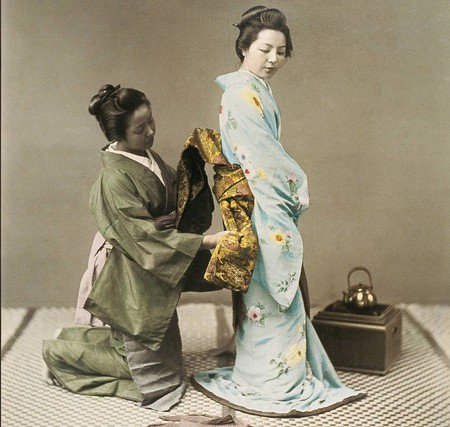 Art of the Geisha

The center of the geisha world, then and now, is Kyoto. In Kyoto, fully-fledged geisha are known as geiko. A maiko is a young lady training to become a geiko, usually between the ages of 15-20. Outside of Kyoto, she is known as hangyouku. She will train for five years in order to call herself geiko. Tea ceremony, flower arranging, traditional dancing and singing, and musical instruments like the shamisen are just a few of the skills she must learn. She will also practice the art of conversation, etiquette and entertainment on the fly by entertaining clients — usually in the company of a more experienced geiko. After becoming a geisha, her work is never done. She will continue to take classes and practice to hone her skills whenever she is free. Today, Kyoto geiko or geisha are still the most expensive and highly sought-after of all geisha. 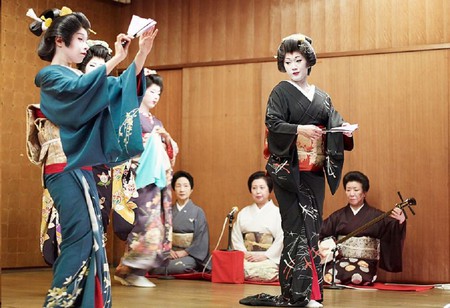 Since the geisha are so beautiful, elusive and fascinating, it’s only natural that our imaginations run wild when we think about them. Numerous fictional accounts of geisha have been written, in Japan and abroad. Memoirs of a Geisha by Arthur Golden introduced a lot of people in the west to this mysterious world. But it is, first and foremost, a work of fiction, simply inspired by the life of a real geisha. For the big screen, even the makeup was largely westernized; a maiko’s real traditional makeup is not subtle at all.

Mizuage, a coming-of-age ceremony in which a patron paid a great sum of money to take a maiko’s virginity, did exist, but it was more of a courtesan’s tradition than a maiko’s. Traditionally, mizuage for maiko was a change in hairstyle that symbolized the girl’s next step to becoming a geisha. The practice of selling off a girl’s virginity in order to financially sponsor her was outlawed in 1959. It is also not the custom of a geisha to sleep with patrons who are regulars or who have a special relationship with her.

These days, many geisha and okiya, much like everything else, have adapted to change with the times. While it’s still true that the most exclusive geisha will only entertain guests who’ve been introduced through an established patron, just like in the ‘old days’, many other okiya have opened themselves to a whole new class of customers. Okiya like Yoshinoya in Tokyo have gone online to share their craft; they even allow English visitors to book a dinner with a bilingual geisha.

Many places, especially in Kyoto, will help visitors to dress up like maiko or geisha and explore the town that way. It’s often these visitors people see and mistake for authentic geisha. The differences are really quite hard to make out. This practice actually helps takes the pressure off the real geiko and maiko, who are on their way to work or appointments and don’t want to be hounded for photos. You can tell the difference between an apprentice and a geisha by what they wear. A maiko will have more elaborate hairstyles, hair ornaments and long, flowing sleeves on her kimono. 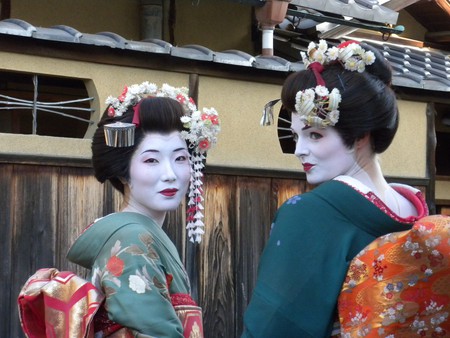 Dinner with a Geisha

A Geisha entertains guests at parties, banquets, business meetings, retreats and anywhere else her skills are needed. Dinner with a geisha is expensive, but not unattainable. It is about 20,000 yen or 200 USD for one of Yoshinoya’s geisha in Tokyo to entertain you for a couple of hours, with full traditional makeup and kimono, dances and party games. For large parties, you can make appointments with multiple geisha and a shamisen (a stringed instrument) player for the full experience. In Kyoto, the geisha seem to be a bit more elusive. A visit from a Kyoto maiko (apprentice geisha) will set you back nearly 300 USD for two people via Japanican, including dinner. However, this ‘tour’ option feels less authentic, and there doesn’t seem to be any geiko available. The Kyoto geisha, it appears, are as elusive as ever. 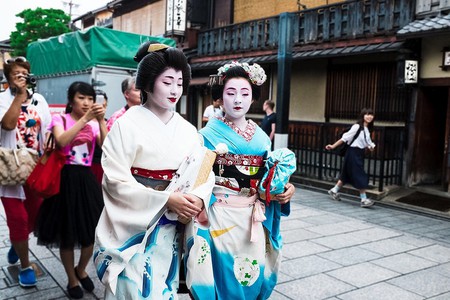