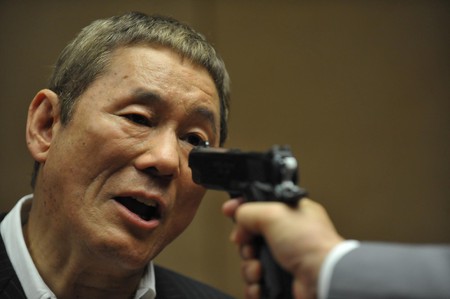 Takeshi Kitano in Beyond Outrage

Japan’s cinema has produced three canonical masters – Yasujiro Ozu, Kenji Mizoguchi, Akira Kurosawa – and other formidable directors such as Mikio Naruse, and Masaki Kobayashi. Here’s a guide to 10 of the most accessible.

Ozu is best known for Tokyo Story, a poignant film about inter-generational tensions and alienation that is widely considered a masterpiece. Ozu used a suite of idiosyncratic, sometimes rule-breaking visual techniques that reflected the everyday nature of his subjects while granting them gravitas and transcendence.

When Mizoguchi was a child at the beginning of the twentieth century, his 14-year-old sister was put up for adoption and eventually forced to become a geisha. The event was to have a profound influence on his life, opinions, and films, many of which were concerned with the struggles and brutalities faced by Japanese women. Mizoguchi is famous for his ‘one scene, one shot’ approach – which was born out of his love for theatre – filming scenes from a distance in long, single, elegant takes, and eschewing close-ups and fast cuts.

Kurosawa is the director most responsible for bringing Japanese cinema to a Western audience, starting with his breakthrough picture Rashomon in 1950. He is best known for the samurai films, Yojimbo and Seven Samurai, both of which established many of the conventions of the modern action film. Seven Samurai has twice been remade as The Magnificent Seven and Yojimbo as A Fistful of Dollars. The Pixar animation A Bug’s Life is also an extended homage to Seven Samurai.

In the 1930s and early 1940s, Shindo working at Tokyo’s Nikkatsu Studios with Kenji Mizugochi. Drafted into the Imperial Japanese Navy in 1944, he was one of only six men in his 100-strong unit to survive. In the closing days of the war, he learned of the destruction of his childhood home in Hiroshima, which led him to make his 1952 docudrama Children of Hiroshima. He made films in many genres throughout his career before returning to the theme of war survivors with his final film, Postcard (2010), which he completed when he was 99.

After a tumultuous early life, including Tokyo gang membership and a stint in prison for robbery, Wakamatsu rose to become the most famous and respected director working in the 1960s “pink film” exploitation genre. His cheaply made films were violent, sadistic, and pornographic. He later moved away from exploitation to make radical political films such as United Red Army and the Golden Bear-nominated Caterpillar, which criticised Japanese militarism during World War II.

The iconoclastic experimental filmmaker Nagisa Oshima hated the grouping of his work into the Japanese New Wave, but his films do share many themes and motifs with other directors in the movement: the use of outcasts as protagonists, the direct confrontation of social norms, and the exploration of taboo subjects. The sexual deviances Oshima depicted in films like In the Realm of the Senses and Empire of Passion has often been likened to racism and social injustice, which he explored in The Catch and Death by Hanging. 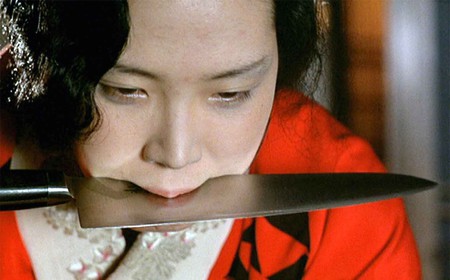 Ichikawa is best known for Tokyo Olympiad, a documentary about the 1964 Tokyo Olympics that focuses on athletes as people rather than the sporting events. One of his few period pieces, An Actor’s Revenge (1963) tells of a kabuki actor of female roles who plots to kill the three men responsible for his parents’ death. The film alludes to Ichikawa’s affection for and early career in animation, and it impressively blends this influence with images of the kabuki theatre and ukiyo-e woodcuts.

Imamura started out in the movie industry as an assistant for Yasujiro Ozu at Shochiku Studios, though he developed a method that countered Ozu’s precise, regimented approach. In the 1960s, he emerged as one of the standout talents of the Japanese New Wave. He won the Palme d’Or twice, for 1983’s The Ballad of Narayama and 1997’s The Eel.

Animator Miyazaki is Japan’s most commercially successful filmmaker and one of its top cultural exports. His 2001 film Spirited Away – about a young girl exploring a bizarre fantasy realm to find a cure for her parents’ sudden metamorphoses into pigs – broke Titanic’s box-office record in Japan and won the Oscar for Best Animated Feature in 2003. Opposing the simplistic morality of most children’s films, his work features antagonists who are either sympathetic or have been inadvertently led by mistakes or confusion into committing destructive acts. His protagonists are more invested in peacemaking and mediation than confrontation. 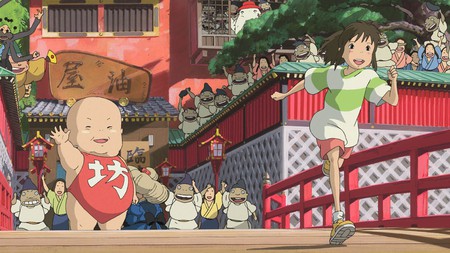 Kitano leads a sort of double life: on one hand he is a director acclaimed in the West; on the other, he is ‘Beat’ Takeshi, an acerbic stand-up comic, actor, and ubiquitous TV host in Japan. His 2003 film Zatoichi was based on a blind masseur-swordsman character from a popular series of 1960s films. A revenge drama interspersed with musical numbers, it cemented Kitano’s reputation as one of Japan’s most wild and unpredictable figures.