There are a few things you need to know about Banana Yoshimoto: her family, her love for bananas, and her highly sought-after works. She published her debut novella Kitchen while still waitressing at a country club. The book, a product crafted in her breaks and slack periods at work, has been translated in more than 30 countries so far. 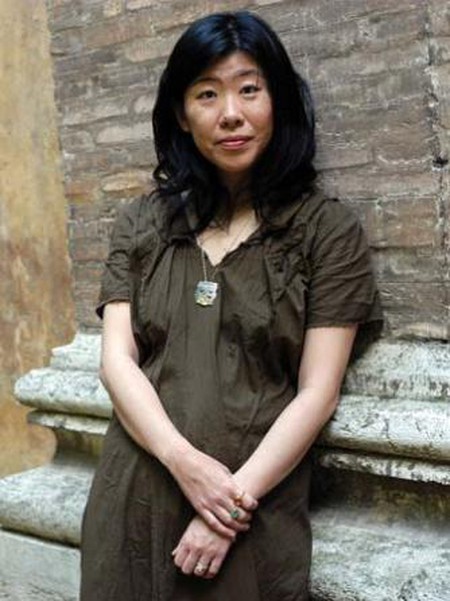 A book helps the reader enter the writer’s imagination, living vicariously in their fictions. The reader can also learn a lot about the writer, such as his/her perspectives on love, the society and life in general. There is often little need to learn about the writer’s background.

However, this writer is as interesting as her books and she has a huge passion for bananas. She chose the pen name “Banana” as a proof of her love for banana flowers, in addition to finding the name both cute and “purposefully androgynous.” If that is not enough, she even has a banana tattoo on her right thigh. This fruit fanatic is Banana Yoshimoto, and internationally renowned author. Her debut novella, Kitchen, had over sixty printings in Japan alone. A Japanese TV movie and a Hong Kong film have also been made based on the story.

Banana Yoshimoto (née Mahoko Yoshimoto) came from an enviable family. Her father, Takaaki Yoshimoto, was a poet, philosopher, literary critic, and a father figure to the New Left in Japan. Her sister, Haruno Yoiko, is an eclectic, a famous manga artist and also a contributor in a magazine about cats. Her family members and their cultural pursuits influenced her to become a writer – she started to write at the age of five, inspired by her then 12-year-old sister’s creativity and flair in drawing.

Compared to typical Japanese families, Banana’s was leftist and liberal. She enjoyed significantly more freedom as she grew up, moving in with her boyfriend while still in high school. With this background, it is no surprise that she chose the pseudonym “Banana” to write from. The name was taken during her time at the Literature Department of Nihon University’s Art College. There, she first demonstrated her talent with graduation story Moonlight Shadow (1986), which was an immediate success and won the Izumi Kyoka Prize from the faculty.

Like many aspiring writers, Banana did not start her writing career right away. In fact, she waited tables at a golf club in Tokyo while writing Moonlight Shadow. She went on to release her debut novella Kitchen (1988) – a story about a kitchen-loving girl and a boy with a transsexual mother. Kitchen continued the sensation of Moonlight Shadow and Banana was awarded the 6th Kaien Newcomer Writers Prize, the Umitsubame First Novel Prize, and then the 16th Izumi Kyoka Literary Prize. Together with Utakata/Sankuchuari (“Bubble/Sanctuary”), published later that year, Kitchen earned Banana the 39th edition Best Newcomer Artists Recommended Prize by the Minister of Education.

At the 1993 G7 summit, the Japanese Foreign Ministry included English copies of Kitchen in the press kits for foreign journalists covering the summit. The Ministry later explained, “there should be some element in her book that can be shared, not only by the Japanese, but by the younger generation all over the world.”

After her initial success, Banana continues to produce quality works throughout the years. Every day, she spends half-an-hour writing at the computer. To her, writing is “almost as natural as breathing,” though she tends to feel guilty because she writes these stories “almost for fun.” To date, her works have sold over six million copies worldwide. While her characters, settings and titles are regularly influenced by American culture, the core is extremely Japanese. Fans resonance with the traditional Japanese aesthetic sensibility and the way she addresses them in a very personal and friendly way.

Through food and dreams of the protagonists, Banana writes about youth problems and urban existentialism. Many of her characters are trapped between imagination and reality, but they seem to be attached to life and almost always find the meaning and bravery to live in the end. From her works, readers are inspired to overcome everyday hardships and emotional struggles. She is hence recognized as a “Healing-Kei” writer – one who brings positivity, love, and warmth to readers.

Despite her success, Banana lives a low profile, down-to-earth life. She usually dresses simply and does not wear any makeup. She also keeps her personal life guarded and shares little about her husband and son. What is shared with fans, however, is her love for food and travel. One can see from her Twitter and blog, pictures of gourmet and her trips to Okinawa, Lanzarote, Hawaii and other countries.

Banana’s inner child is often reflected in her Twitter timeline and interviews: She once joked about aiming for a Nobel Prize. Maybe this is the reason why her works appeal to young and rebellious people, as well as those who are young and lively at heart.