From Edo to Tokyo: Over 400 Years of History From Japan’s East Capital 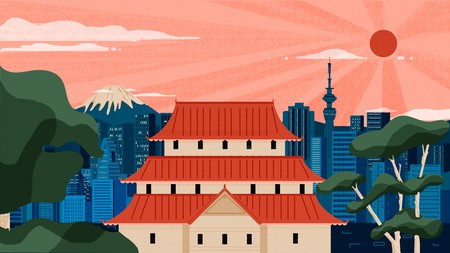 Renamed Tokyo in September 1868, the 2020 Olympic city has proven its ability to constantly evolve. Over the last 400 years, the Japanese capital, formerly known as Edo, has transformed from an agricultural village into one of the most vibrant metropolises in the world.

People have been living in the region for over 12,000 years

The first inhabitants of what is now modern-day Tokyo lived along the Sumidagawa (Sumida River), according to archaeological evidence. The marshland along the river was an ideal location for these people. The rich soil along the riverbanks meant there were a variety of flora and fauna they could live off.

As time passed, people began to settle permanently and rice farms became a new feature of the landscape. The wet farming technique used, in which fields are flooded at harvest time, was introduced to Japan from Korea and reflects high levels of cultural exchange between the two countries as early as 300 BC.

In 1603 the agricultural village became the centre of military power

Between 1467 and 1477, Japan’s feudal powers were involved in the Onin War. Though the civil war technically ended in 1477, it ushered in the Warring States period, which lasted for nearly two centuries. During this time, various daimyos (feudal lords) jockeyed for political power.

In 1603, Emperor Go-Yozei granted Tokugawa Ieyasu the title of shogun, making him the de facto leader of Japan. In the shogunate model, emperors were the spiritual leaders who appointed shogun, but it was the latter who held military and political control. As shogun, Tokugawa was in charge of making sure that none of the other daimyos gained too much land or political power, ensuring the security of the imperial throne.

In addition to the title, Tokugawa was issued rights to the land in Edo, making the city a secondary capital to Kyoto where Emperor Go-Yozei resided. The settlement of the Tokugawa shogunate in the city also marks the beginning of the Edo period of Japanese history. 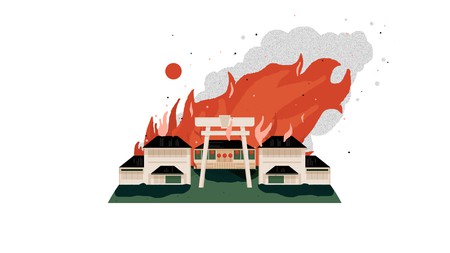 Edo’s population grew exponentially in the 18th century – by 1721 it was the largest metropolis in the world with just over 1 million inhabitants. As houses were made of wood, and fire was used for heat and cooking, accidental conflagrations were bound to happen.

In 1657, the Great Fire of Meireki levelled somewhere around 70 percent of the city. Said to have been started by a priest burning a cursed kimono – three young girls had owned the kimono and subsequently died before ever wearing it – the devastation prompted a push for expansion of the hikeshi, a proto-fire brigade.

Though the hikeshi had been instituted nearly two decades before the Great Fire consumed Edo, they were only intended to protect the city’s castle and food stores. In the 1700s, a new branch of the hikeshi were created to protect the homes of working-class people throughout Edo. Every year, Tokyo still holds an event called Dezomeshiki to honour the history and demonstrate the techniques of the hikeshi.

Edo was renamed Tokyo, or East Capital, in 1868

After over two and a half centuries of rule under the Tokugawa shogunate, the last shogun resigned, marking the end of feudal rule in Japan. Emperor Meiji did not appoint a new military leader and instead moved his residence to Edo. Upon his arrival in 1868, the city was renamed Tokyo, meaning East Capital.

Emperor Meiji’s move to Tokyo marked the beginning of the Meiji Restoration wherein the emperor reinstated political and military power to the imperial throne. It also marked a period in which Japan began to westernise its practices in order to compete with the growth of European and American empires.

Under Emperor Meiji’s rule, Japan’s economy was industrialised, making it a formidable global force by the time it joined the Axis powers in World War II. 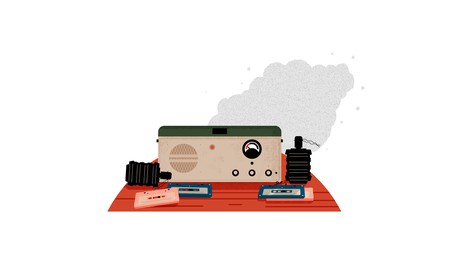 After WWII, Sony ushered in an era of tech for war-torn Tokyo

Though Tokyo was untouched by the nuclear bombs dropped by American forces in August 1945, the capital was still reeling from the effects of war. In 1946, Masaru Ibuka started Sony where he used his experience as an engineer of wartime technology to help fix Japan’s communication infrastructure.

To begin with, Sony worked on tape recording devices for government and home use, but it was the invention of the Walkman that made the company truly revolutionary. Initially created by Ibuka so that he could listen to operas on long-haul flights, when the Walkman was released in 1979, it changed the way people listened to music forever.

Though the Walkman has been replaced, Sony remains a major tech giant and helped put Tokyo on the map as a city of technological innovation. 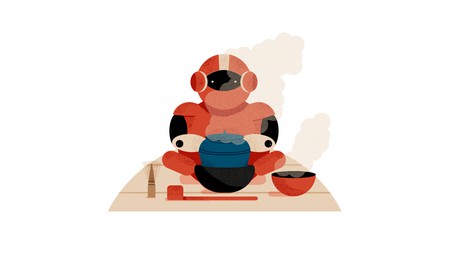 In the 21st century, the Japanese capital has become an imaginative metropolis

Today, visitors to Tokyo are met with a combination of old-world charm and futuristic wonder. In one day travellers can go from the serenity of a traditional tea ceremony to a psychedelic dinner at Robot Restaurant. Each experience is a part of the spectrum of modern Japanese culture.

Consistently named one of the best places in the world to visit, Tokyo will be a welcome host of the Olympic Games in 2020. Its rich history and eye for innovation make it a perfect holiday for the curious traveller.