Tokyo to Fujinomiya: Four Cultural Days in Japan by Train 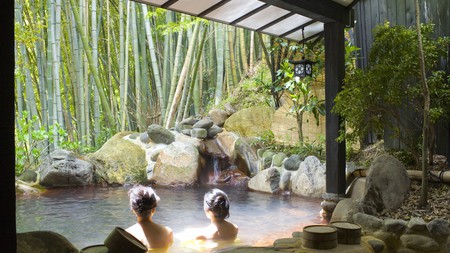 Immerse yourself in Japanese culture by relaxing at an onsen, or hot springs | © Bohistock / Getty Images
Paid Partnership With

While Tokyo offers visitors plenty of cultural attractions, there’s so much more to Japan than its bustling capital. The three-day Fuji Hakone Pass allows you to fully enjoy the Mount Fuji-Hakone-Izu Peninsula area, where you’ll find soothing hot springs, tranquil bodies of water and historic shrines and temples galore.

Day one: Tokyo to Hakone

Start your trip with a visit to Shinjuku Gyoen, a beautiful national garden with a long history, which was designed for the emperor in 1906. Located amid the bustling city landscape of Tokyo, it is a green oasis, where the traditional and the modern combine in historic buildings and contemporary landscaping.

For a stop at the beach before visiting Hakone, it’s an easy journey from Shinjuku to Katase-Enoshima stations on board the Odakyu Romancecar luxury tourist train – the best views are from the front carriage, and remember to purchase a limited express ticket in addition to the train ticket. Katase-Enoshima station sits on the outskirts of Kamakura, the former political centre of medieval Japan and a popular seaside city.

The beauty and stature of Kamakura’s temples and shrines rivals those of Japan’s other former capitals Kyoto and Nara, and the city makes for an excellent day trip from Tokyo. If you’re interested in heritage, Kamakura has retained a historic grandeur through its numerous monuments and shrines – take a self-guided walking tour of several of the temples in one go to enjoy the different styles. 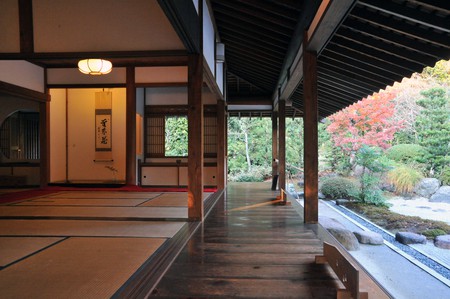 There are more than 100 temples and shrines in the historic town of Kamakura, including Jomyo-Ji Temple | © Kamakura City Tourism Association 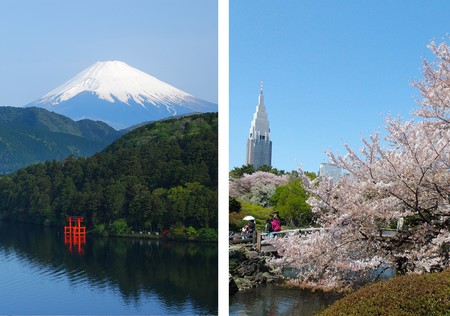 From here, use your three-day Fuji Hakone Pass to travel to Hakone, in the Fuji-Hakone-Izu National Park, and spend the night at Odakyu Hotel Hatsuhana. The hotel sits in the heart of nature by Mount Yusaka, with indoor and outdoor baths, plus a private hot spring where you can connect with Japanese onsen traditions. Hotel Hatsuhana is scheduled to begin major renovation work after January 2022, and will be reborn as a high-quality hotel in autumn 2022. 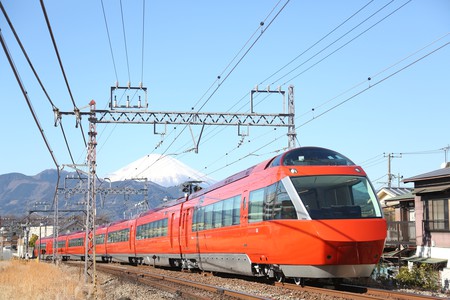 After a restful night at Odakyu Hotel Hatsuhana, use your Fuji Hakone Pass to reach Oshino Hakkai, a set of eight sacred ponds in a small village in the Fuji Five Lake region. The spring water ponds are located between lakes Kawaguchiko and Yamanakako, with views of the iconic Mount Fuji. 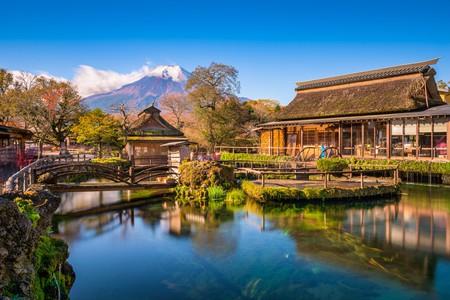 The ponds in the traditional village, formed by melted snow, are a beautiful attraction with crystal-clear water and scenic pathways and bridges, surrounded by old thatched-roof houses and waterwheels. Stroll around the village and stop for lunch at one of the small independent restaurants.

After your meal, head to Lake Kawaguchiko, at the foothills of Mount Fuji, for a Canadian canoe experience, where you can spend two hours with an instructor. Later, rest up a little further out at Keyforest Hotel Hokuto a boutique property that doubles as an architectural wonder with its sharp-angled modern façade. 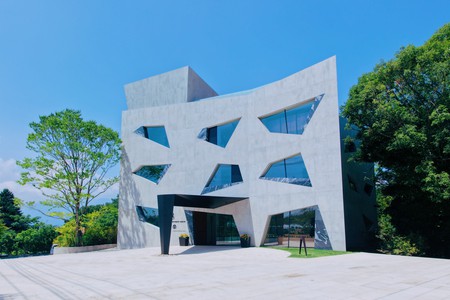 Take the Fujikyu bus from Kawaguchiko to Fujinomiya station in the Shizuoka prefecture (the Fuji Hakone Pass is not valid on this route). The city, on the southwestern slopes of Mount Fuji, is the starting point for people who want to climb the mountain, but its shrines, temples and gardens are as big a draw.

In the Fuji area at the foot of Mount Fuji, there are peaceful bodies of water to explore, such as the Shira-Ito waterfall and Lake Tanuki. Meanwhile, Mount Fuji World Heritage Centre, in Shizuoka, hosts an exhibition on the fifth floor called Observation Hall, from where you can enjoy an unobstructed view of the majestic mountain. There are numerous paths leading to the summit; the shortest – the Fujinomiya trail – takes around five hours. Elsewhere in the city, there are plenty of other activities that you can fit into a day, including rafting, paragliding and hiking. 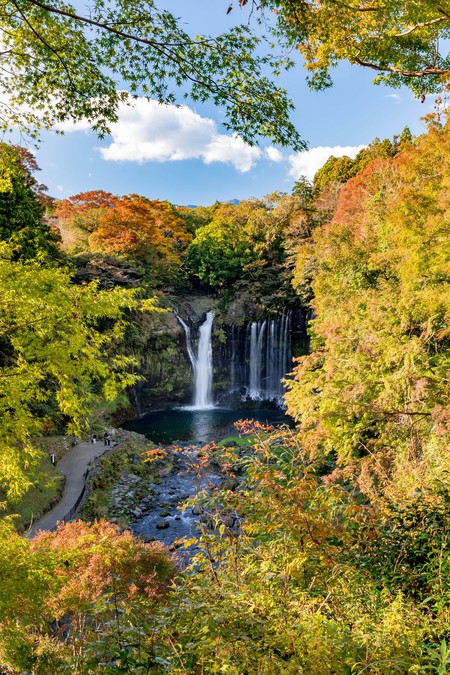 The Shirato falls, in Fujinomiya, are one of Japan’s most beautiful natural spots | © Marcel Gross / Alamy Stock Photo

To soothe aching muscles, stay at Atami Sekaie, a western-style hotel with sea views where you can bathe in an onsen. This small luxury hotel, perched on Mount Izusan, is a popular base from where you can explore the prefecture, while the baths include a granite swimming pool, a dry sauna and large windows looking out onto magnificent views. 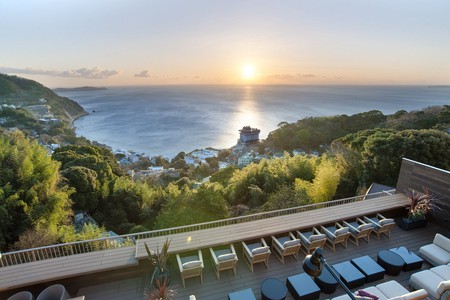 The Shinkansen bullet train from Atami to Tokyo takes 50 minutes — it’s the fastest and most convenient way of travelling around Japan, affording scenic views on the way. So you can choose to spend your last day in Atami – soaking in the hot springs, visiting the MOA Museum of Art or heading to the island of Hatsoshima for seafood restaurants and diving — or opt for a full day of sightseeing in Tokyo on your return. 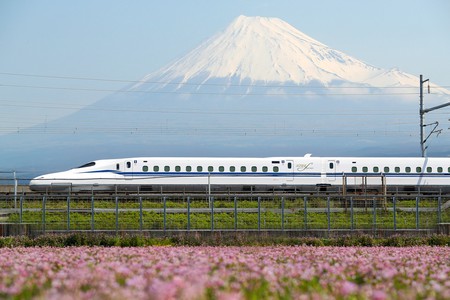 Take the bullet train for ease, speed – and incredible views, including the iconic Mount Fuji | Courtesy of JR Central