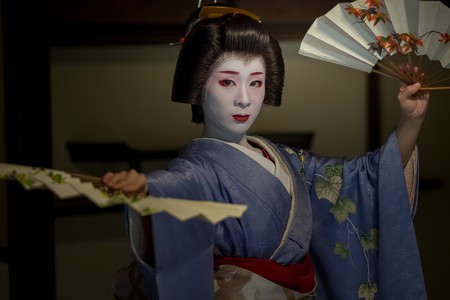 Kyoto is the cultural heart of Japan with many of the country’s unique traditions originating in the ancient capital. Many of these rituals still remain and can be experienced in Kyoto’ s historic areas, such as Gion and Arashiyama. Let’s take a look at five traditions that are unique to Kyoto but famous all around the world.

Maiko and Geisha (Geiko in the local dialect) are highly skilled female entertainers who traditionally entertained guests at teahouses and traditional restaurants in Kyoto. They are trained in the performing cultural arts of classical music and dance and are well versed in entertaining customers with conversation and traditional games. They began to emerge in Kyoto after the imperial court moved the capital to Heian-kyo (Kyoto) in 794. Maiko and Geisha can still be found in the Gion area of Kyoto in its historic areas such as Hanami-koji Street and Pontocho. 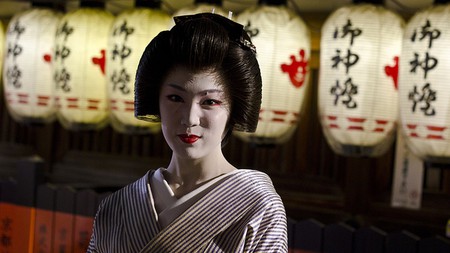 The beautiful traditional Japanese attire of kimono is a cultural tradition in Japan that still exists and is worn on special occasions in modern Japanese life. The current style of kimono, where the kimono opens from the front and is tied with a kimono sash called obi, developed in the Edo Period (1603-1868) in Kyoto . The Nishijin district located in the northwest of central Kyoto is the source of all those stunning kimono fabric and obi and is a great place to catch a kimono show or for a spot of kimono shopping. To fully immerse yourself in the culture of Kyoto, you can rent a kimono and take a pleasant stroll around the city’s old streets and historic areas. 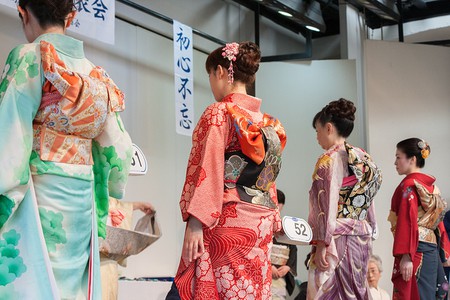 Yuzen Dying is a traditional dying technique used to create the brilliantly coloured and picturesque designs of Yuzen Kimono. The history of Yuzen Dyeing dates back to the Genroku Period (1688-1704), with local artist Miyazaki Yuzen creating this unique technique near Chion-in Temple. A few shops in Kyoto still carry out this tradition with the masters painstakingly working to create these masterpieces of fashion and art. 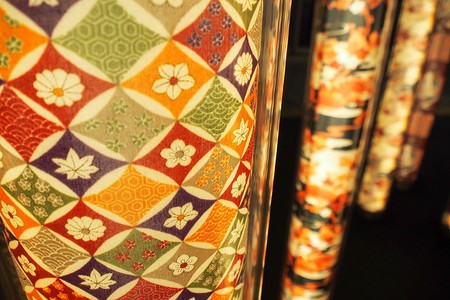 The Japanese Tea Ceremony, or “The Way of Tea”, is one of Kyoto’s best known cultural traditions and can still be enjoyed at one of Kyoto’s many traditional teahouses. Deeply rooted in Zen Buddhism with its slow and gracefully movements, it was popular with Kyoto nobles back in the day. Kyoto remains the spiritual home of the tea ceremony as well as tea growing. One of the best places to enjoy it is En, a small Japanese teahouse in Kyoto near Chion-in Temple. 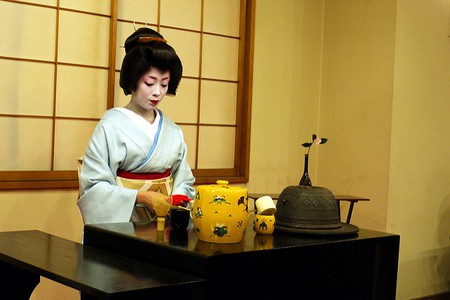 The traditional Japanese artistic writing of Shodo Calligraphy uses brushes and ink to express kanji characters and hiragana. Originating in China, it spread to Kyoto during the golden age of the Heian Period (794-1185) when the ancient capital moved from Nara to Kyoto. It was during this time that a unique style of calligraphy emerged from Kyoto that was distinctively Japanese. It remains an important part of Japanese culture and is used for special ceremonial occasions, as well as for writing New Year’s greeting cards. 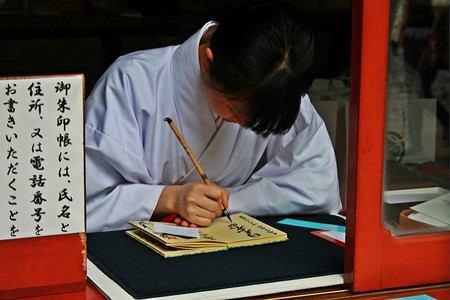