Explore Kumamoto With This Diverse Range of Things To Do 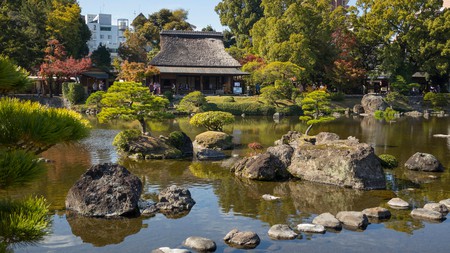 Castles, colourful samurai history, a bevy of onsen resorts and volcanic craters: there’s plenty to do in and around Kumamoto.

A series of earthquakes in April 2016 took a huge toll on Kumamoto, killing dozens of people, injuring thousands more and causing more than ¥60 billion worth of damage, including the iconic Kumamoto-jō castle at the heart of the city. But that captivating castle, colourful samurai history, the bevy of onsen resorts and volcanic craters, a rich culinary scene – and one very famous salesman – have convinced travellers to return to this historic corner of Kyushu’s west coast and help rebuild the place. Read on to learn the top things to see and do in Kumamoto, Japan.

This hilltop castle is Kumamoto’s biggest attraction… literally. Dominating the skyline smack bang in the centre of town, Kumamoto-jō is made up of 13 buildings plus a 30-metre-tall main tower, ringed by more than five kilometres of stone walls. Built in the early 1600s by feudal lord Katō Kiyomasa – spot the statue of him wearing a tall pointed hat, sitting down like a dunce in the naughty corner – before housing the Hosokawa samurai clan decades later, the castle’s system of keeps, palaces, moats, walls, turrets and storehouses was groundbreaking. Two striking features are the raven-black fortifications and the large sloped walls, called musha-gaeshi (warrior repellent), designed to ward off ninja attacks.

Reconstructed after a 53-day siege during the Satsuma Rebellion conflict between samurais and the government in 1877, Kumamoto-jō was one of Japan’s best preserved castles… until the 2016 earthquakes, when turrets, tiles and even the central tower took a tumble. Huge chunks remain closed but an elevated walkway (opening in 2020) will offer a glimpse into the inner garden, and the interior of the main keep should re-open in 2021. Despite the closures, this majestic castle is impressive enough from the outside, especially when its 800 cherry trees blossom in spring, or taiko drummers perform here during Kumamoto’s autumn festival. 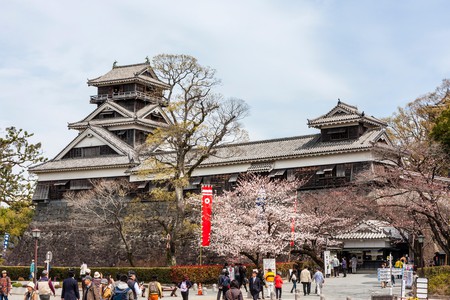 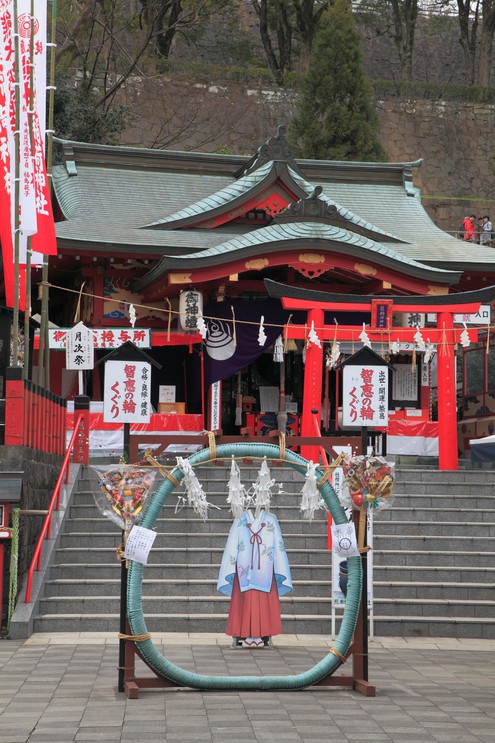 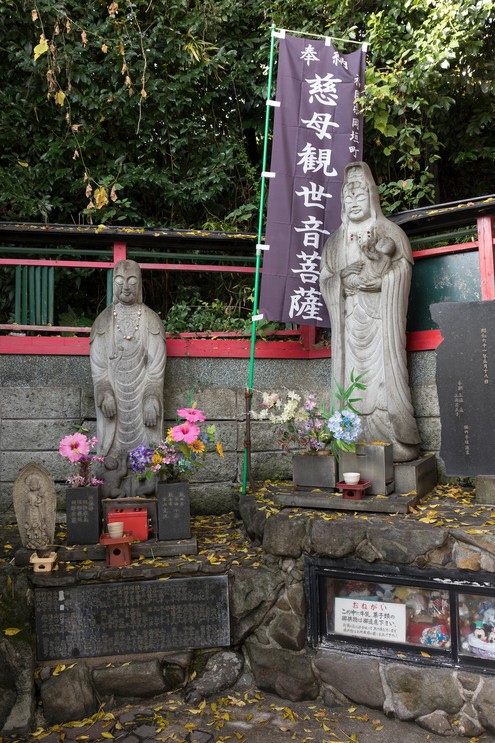 Check out the city’s museums

The string of museums sprinkled throughout the grounds of the castle are another compelling drawcard. The Kumamoto Prefectural Museum of Art brings together Buddhist sculptures, works by Renoir and Rodin and a recreation of an ancient burial mound under one roof. The museum’s postmodern Chibajo branch is an architectural masterpiece, designed by a pair of Spanish architects in 1992 to welcome a rotating programme of contemporary artists. The Kumamoto Prefectural Traditional Crafts Centre showcases intricate Higo inlay metalwork, Yamaga lanterns, Amakusa ceramics and local bamboo crafts, with plenty of authentic souvenirs for sale. Kumamoto’s concert hall and theatre also sit within the castle complex, meaning there’s always something to see even as the fortress is rebuilt.

Take a stroll in the tranquil Suizenji-jōjuen Garden

Built between 1636 and 1716, south-east of the city centre, Suizenji-jōjuen is a serene landscape of palms, hydrangeas and shrines. Stroll the circular path representing the 53 post stations of the Tōkaidō – the feudal road that linked Tokyo and Kyoto during the Edo Period – to see models of Japan’s most famous landmarks, including a mini Mount Fuji. 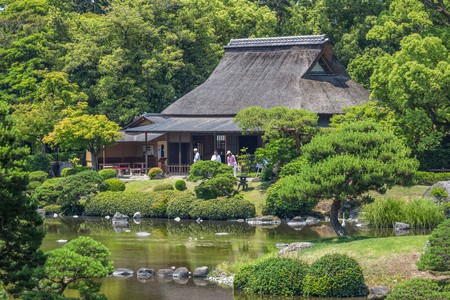 Try some of Kumamoto’s local delicacies

Kumamoto dishes up a long list of uniquely local delicacies for foodies to sink their teeth into. Red wagyu donburi, dagojiru (a wintry dumpling broth), dekopon (so-called sumo mandarines) and ikinari dango (sweet dumplings made of potato, sweet red bean paste and steamed flour) are all on the menu, washed down with Shōchū liquor (rice, barley, brown sugar, sweet potatoes and buckwheat) or Kumamoto’s regional sake made of high-quality Higo rice.

Another cherished culinary custom is Kumamoto’s tea ceremony, known as Bushi no cha (tea of the warrior), because the fukusa (the cloth used to purify utensils during the ceremony) occupies an unusual position on the celebrant’s belt to make room for the katana blade a warrior would have historically carried. Suizenji park hosts ceremonies.

Wannabe samurais should also feast on a honmaru gozen dinner – the sort of banquet the Hosokawa clan would’ve tucked into in the castle back in the day. The meal includes eight dishes including Kumamoto favourite karashi renkon (boiled lotus root stuffed with spicy mustard and fried in batter). Downtown restaurant Aoyagi developed the tradition.

North-east of Kumamoto castle, 176 steps lined with lanterns lead to a Buddhist temple that houses the resting place of Katō Kiyomasa, the genius architect behind the Kumamoto-jō. His mausoleum is the same height as the central tower of his magnum opus, although like the castle, the museum displaying Kiyomasa’s personal items couldn’t escape the quakes and remains closed. It’s a similarly sad story for many of Kumamoto’s other top attractions: Sōseki Memorial Hall (the home of legendary novelist Natsume Sōseki), the Kyū Hosokawa Gyōbutei samurai mansion and the glistening Honmaru Palace are all yet to re-open post-quakes. 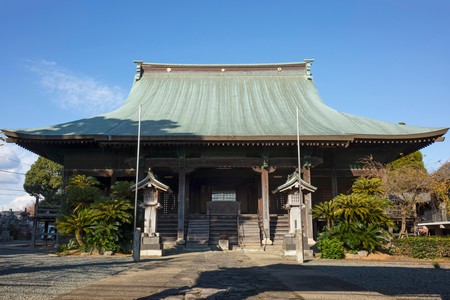 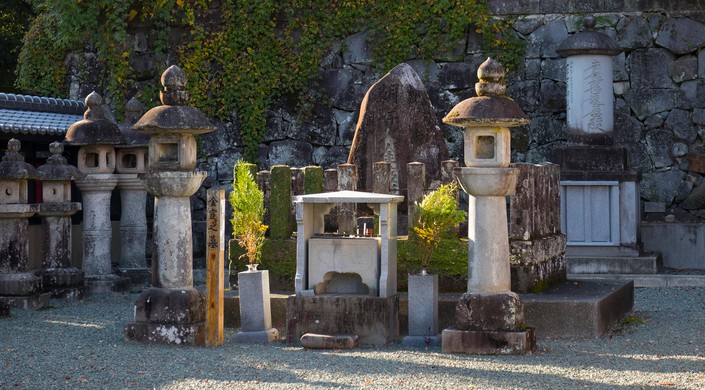 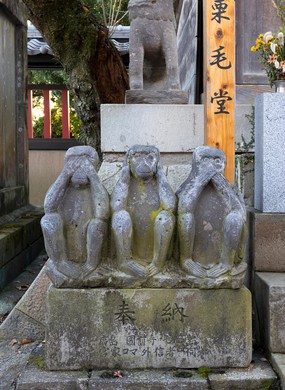 Kumamon is perhaps the only Kumamoto resident more famous than Musashi. A black bear with bright-red cheeks, this super cute mascot was invented by the local government in 2010 to attract visitors on Kyushu’s new bullet train line, but his impact has been far greater than that. Kumamon rakes in billions of yen in merchandising revenue, plenty more in tourist spend and even has his own YouTube channel. Fans – and there are millions of them – queue to see him in his office at Kumamon Square in front of the Suidocho tram stop every Saturday, which is also a good place to pick up a souvenir off the shelves crowded with Kumamon merchandise. The modern Arcade Town right next to the castle, Sakurakojii (Cherry Blossom Alley) and the Sakura-no-Baba Johsaien market on the castle grounds are Kumamoto’s other retail hubs.

Take a day trip to the active volcano, Mount Aso

A massive active volcano stirs 50km east of Kumamoto, simmering directly in the centre of Kyushu Island. Mount Aso, which last erupted in 2019, boasts a crater more than 100km in circumference, making it one of the biggest on the planet. The surrounding area is dotted with tiny towns, sweeping rice fields and volcanic peaks and craters such as Mount Nakadake that visitors can delve into when the gas levels aren’t too dangerous. The perfect pastoral day trip from Kumamoto. 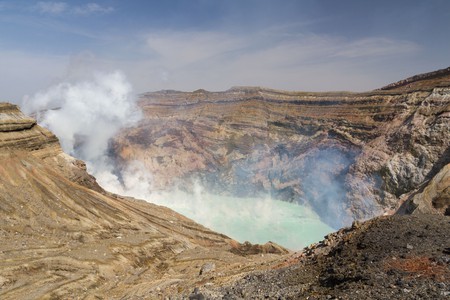 The crater of the volcano Mt Aso, on the island of Kyushu | © Garry Brindley / Alamy Stock Photo

In the twisting streets south of Honmyō-ji lies a treasure trove of works by Miyamoto Musashi – samurai, artist and Kumamoto resident for the last five years of his life. The Shimada Museum is dedicated to the calligraphy and scrolls of Japan’s most famous warrior, whose centuries-old creations sit alongside modern artists’ work. Reigandō – or ‘spirit rock cave’, where Musashi penned the famous Go Rin no Sho (The Book of Five Rings) – is also half an hour’s drive west of the city.

The other must-see area on Kumamoto’s doorstep is one of Japan’s most Instagrammable hot spring towns, 20km north of Mount Aso. There are no massive hotels or neon adverts in Kurokawa Onsen – just stone walls, wooden buildings and an abundance of natural hot springs sprinkled around the river that trickles through town, which is especially dazzling beneath autumn’s changing leaves. Kurokawa Onsen is brimming with traditional ryokan inns, public bath houses and big rotenburo (outdoor baths) shrouded in the wooden hills that fringe the town itself. A wooden pass called a tegata supplies unlimited access to three ryokans of your choice for ¥1,300 – Yamamizuki, Hozantei and Iyashi no Sato Kiyashiki are three of the top picks. 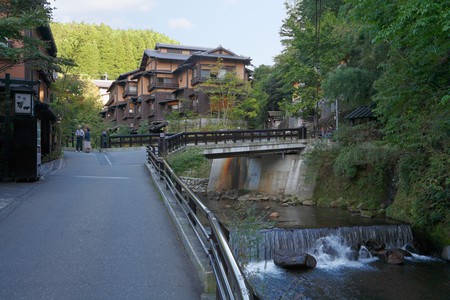 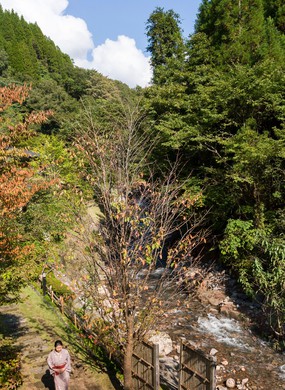 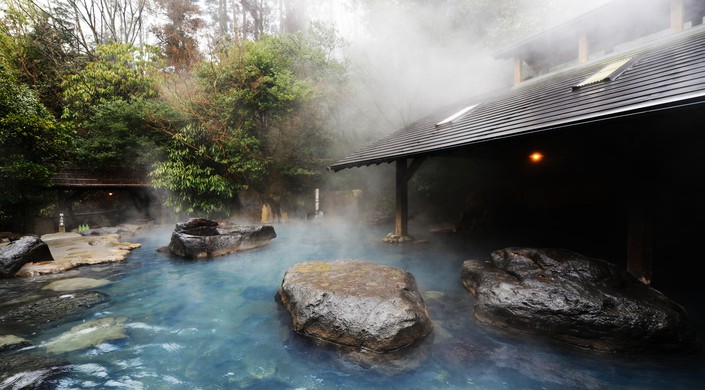 Get a bird’s eye view from Hanaokayama

With Kumamoto-jō’s six-storey tower out of action, this inner-city peak provides Kumamoto’s most impressive panorama. Hanaokayama – just north of Kumamoto Station – is topped with a peace pagoda built by Japanese Buddhist monk Nichidatsu Fujii in 1954, the first of 80 built by Fujii and his followers in every corner of the globe. It’s a 15-minute hike to the summit for a view all the way to Mount Aso on a clear day, or over Kumamoto’s twinkling city nights after dark.