The Wishlist: A Culture Vulture’s Guide to Tokyo 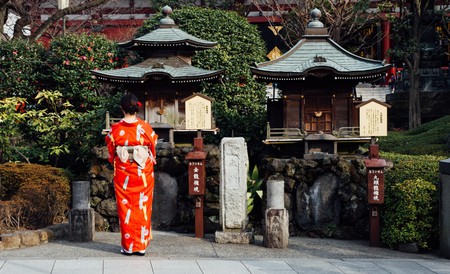 See the temples and shrines of Tokyo | © Nick Wood / Unsplash

Tokyo was designed to confuse people. No, really. During the Edo period, dead-end streets were deliberately built into the city to confuse outsiders (and stop them reaching the shogun’s castle).

While the confusion is no longer created intentionally, there is something captivating about Tokyo’s contrast of cultures. From the flashing neon lights of Akihabara to the historic backstreets of Asakusa, Tokyo is a city where ancient traditions meet hyper-modern trends.

So whether it’s your first, fourth or 15th time visiting the city, Culture Trip is here to help you find the best things to eat, drink, see and do.

Things to do in Tokyo 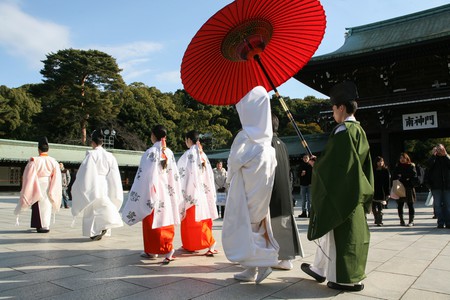 From ancient Buddhist temples to cutting-edge technology, Tokyo embraces the modern and the spiritual in equal measure. To get a true sense of this sprawling city, this tour of contrasts starts with a trip to the serene Meiji Jingū Shrine, shrouded by evergreen broadleaf trees. Just a stone’s throw away is Harajuku, home to Takeshita Street. Here, you’ll find food stalls, clothes shops and groups of young people dressed head to toe in kawaii fashion. Then it’s on to Akihabara, where you can pick up a bargain or two from the various tech stores and shop for comics and video games at seven-storey-high otaku manga emporiums. 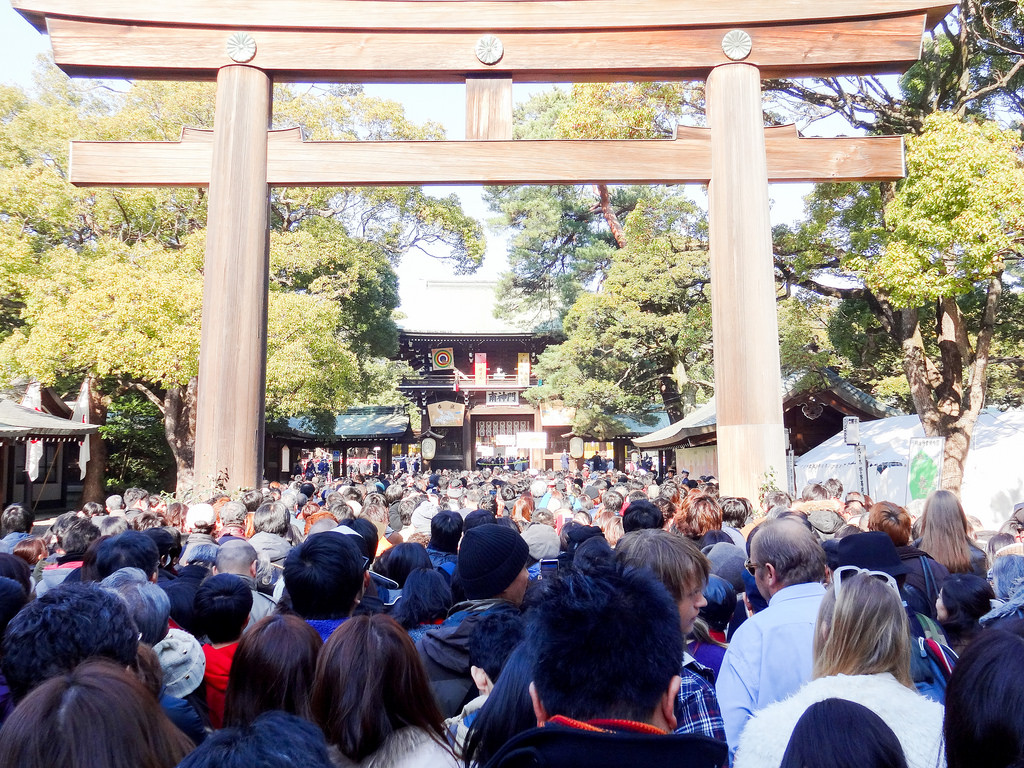 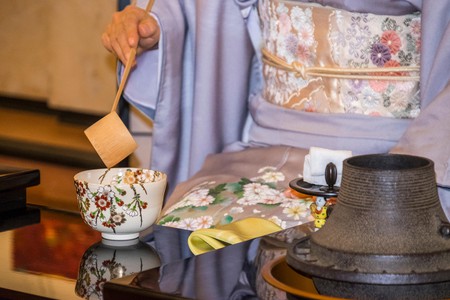 Immerse yourself in Japanese culture by taking part in a traditional tea ceremony at Gion-ji Temple. Focussing on mindfulness, gratitude and hospitality, the ceremony has been around for over 1,000 years. Guided by the temple’s head priest, begin by boiling water in an iron kettle and whisking matcha. Then sip your tea from beautiful ceramics and finish off with wagashi sweets to leave you feeling refreshed, calm and ready to take on Tokyo. 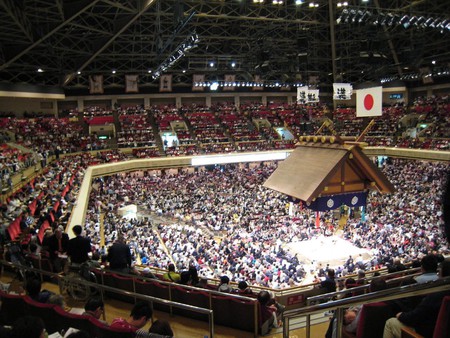 Ryōgoku Kokugikan is the largest sumo hall in Japan | © ThomasClavier / WikiCommons
Get a taste for the country’s sporting culture at Ryōgoku Kokugikan – the largest sumo hall in Japan. Although this structure is not the original built in 1909, it is still an impressive sight and a great place to immerse yourself in this popular Japanese sport. If you can, try to catch the Grand Tournaments when they’re in town. And if you need a little help understanding the rules, there’s a museum on-site that’ll give you some pointers.
Open In Google Maps
28 3, 1-chōme, Yokoami Sumida City, Tokyo, 130-0015, Japan
+81336235111
Visit Website
Give us feedback

Catch a show at Kabuki-za

For something a little less energetic, head to Ginza’s Kabuki-za –the largest and most prominent kabuki theatre in Tokyo. Kabuki is a type of dance drama that has wowed audiences for hundreds of years with its elaborate costumes, make-up and sets. Performances are held regularly here, and tickets can be bought online in advance.
Open In Google Maps
15 12, 4-chōme, Ginza Chuo City, Tokyo, 104-0061, Japan
+81335456800
Visit Website
Give us feedback

Step into the ancient streets of Yanaka 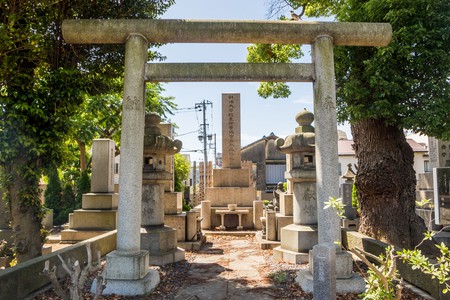 If historic Japan is more your vibe, then embark on this walking tour of Yanaka. Stroll through the neighbourhood, paying your respects at shrines and temples that have been around since the Edo period. A highlight is the Nezu Shrine, which was built in 1706. Just don’t forget your camera!

Open In Google Maps
Nippori, Tokyo, Japan
Give us feedback

Food and drink in Tokyo

Eat at KITAOHJI for a true taste of Tokyo

Restaurant, Japanese, $$$
Facebook
Email
Twitter
Pinterest
Copy link
Share
Map View
For a traditional Japanese dining experience, right down to the smallest detail, look no further than KITAOHJI. Using seasonal ingredients from different regions of the country, KITAOHJI serves an array of dishes, from sashimi to wagyu, to showcase the best of Japanese cuisine. The waitresses also serve you wearing kimonos. And if you choose to dine in a private room, take in the decor that’s been carefully designed with history and tradition in mind.
Open In Google Maps
B1, 1 1, 3-chōme, Marunouchi Chiyoda City, Tōkyō-to, 100-0005, Japan
+81332013218
Visit Website
Give us feedback 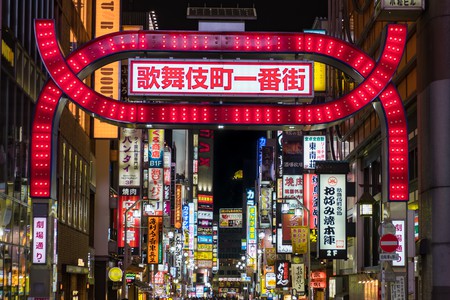 So, you’re ready to hit the town, but where do you start? Tokyo’s Shinjuku district has one of the most vibrant nightlife scenes in the world. And this bar-hopping night tour will take you through its pulsating streets to the spots tourists often miss. First is Golden Gai, an alley packed with Japanese izakaya where you can drink (responsibly) to your heart’s content while enjoying delicious smoky yakitori (chicken skewers). Then it’s on to Kabukicho, a cheerfully grungy entertainment district where you’ll rub shoulders with a diverse crowd of office workers and drag queens.

If you’d prefer something a little more sedate, try Akaoni – a classic sake bar and izakaya. The translation of Akaoni is Red Devil and beginners must be careful – they take their sake very seriously here! Once inside though, you’ll be impressed with the warm, down-to-earth atmosphere. And with more than 100 varieties to choose from, including a seasonal option called namazake (that’s raw, unpasteurised sake), you’ll be sure to find the sake that suits you.

Where to stay in Tokyo 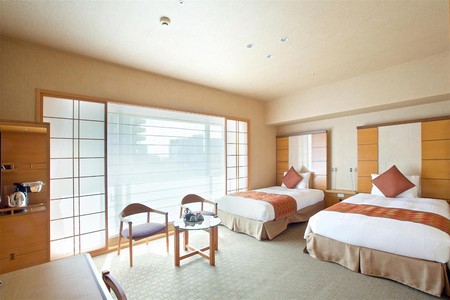 Rooms at Hotel Niwa are bigger than the standard room in Tokyo | Courtesy of Hotel Niwa, Tokyo
Find Rooms

Cut inauspiciously out of a high-rise in a discrete neighbourhood in Tokyo, this charming hotel has the look and feel of a ryokan with a contemporary twist. Rooms at Hotel Niwa feature shoji screens and tatami-inspired carpeting, but with stylish, high-tech amenities. Of the two restaurants on-site, check out Yukuri for a relaxed kaiseki (multi-course) dining experience set in a Zen garden. 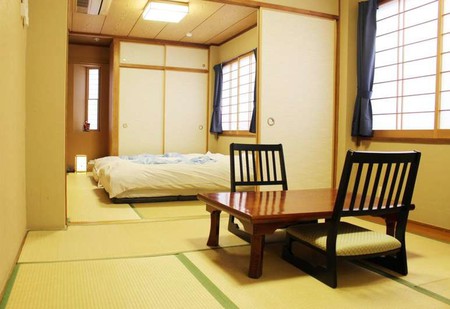 If Hotel Niwa is a modern ryokan, then Kamogawa Asakusa is straight out of the old school. This inn features an array of authentic touches, including tatami flooring and futon bedding, a tea set in every room, massage services, a large public bath, tea rooms, and Japanese breakfast and dinner. The location is another big plus: it’s only a two-minute walk from Kaminarimon Gate and Sensō-ji Temple. 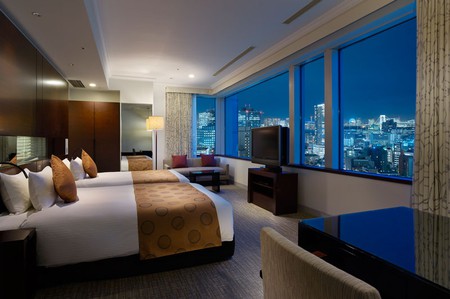 Hotel The Celestine Tokyo Shiba is a great choice for those looking to explore the capital’s most historic sites. The hotel is located just south of Shiba Park, where you can find the Tokugawa Mausoleum, Zōjō-ji Temple and the mysterious Shiba Maruyama Kofun, an unknown ancient tomb from the fifth century. Luckily, the hotel provides a useful map of the Edo-period spots for easy navigation. Throughout its luxurious rooms and wellness spa, Hotel The Celestine Tokyo Shiba balances modern functionality with traditional Japanese design.